Russia has reportedly approved the first coronavirus vaccine, but the vaccine has not yet completed clinical trials.

Moscow-based Gamaleya Institute developed the vaccine, called “Sputnik-V,” by modifying a cold-causing adenovirus that will recognize the coronavirus if it enters the body, according to the Associated Press.

Advanced clinical trials are set to begin Wednesday with trial studies being conducted throughout the United Arab Emirates, Saudi Arabia, the Philippines and possibly Brazil, per the same report. The vaccine will also reportedly be made available for volunteers.

Immunology professor Danny Altmann of the Imperial College London said the “damage” of releasing a vaccine that is anything “less than safe and effective would exacerbate our current problems insurmountably,” per the AP. The Association of Clinical Trials Organizations (ACTO) in Russia reportedly warned against fast-tracking the vaccine, saying it “will just expose consumers of the vaccine to unnecessary danger.”

Russian President Vladimir Putin said one of his daughters already received the vaccine and was “feeling well,” despite a slight spike in her temperature after receiving the doses, according to CNN.

Despite not publishing any scientific data from its first round of clinical trials, CNN reported Russian Health Minister Mikhail Murashko said “the vaccine has shown high efficiency and safety. All volunteers developed high [tiers] of antibodies to Covid-19, while none of them showed serious complications of immunization.”

The World Health Organization has said vaccines should go through all stages of testing before being licensed, according to Bloomberg News.

“This is a Pandora’s Box and we don’t know what will happen to people injected with an unproven vaccine,” Zavidova said.

Meanwhile, the United States looks to have a vaccine out by 2021. Vaccine companies like Moderna, Pfizer and AstraZeneca are “manufacturing at risk,” which allows them to make the vaccine before FDA approval under Operation Warp Speed. (RELATED: Trump Admin Reaches $1 Billion Deal For Coronavirus Vaccine Production)

President Donald Trump has said he hopes to have a vaccine by Election Day, but CNN reported Monday that biotechnology company Moderna — which began Phase 3 of clinical trials in July — won’t be close to having a vaccine this November. 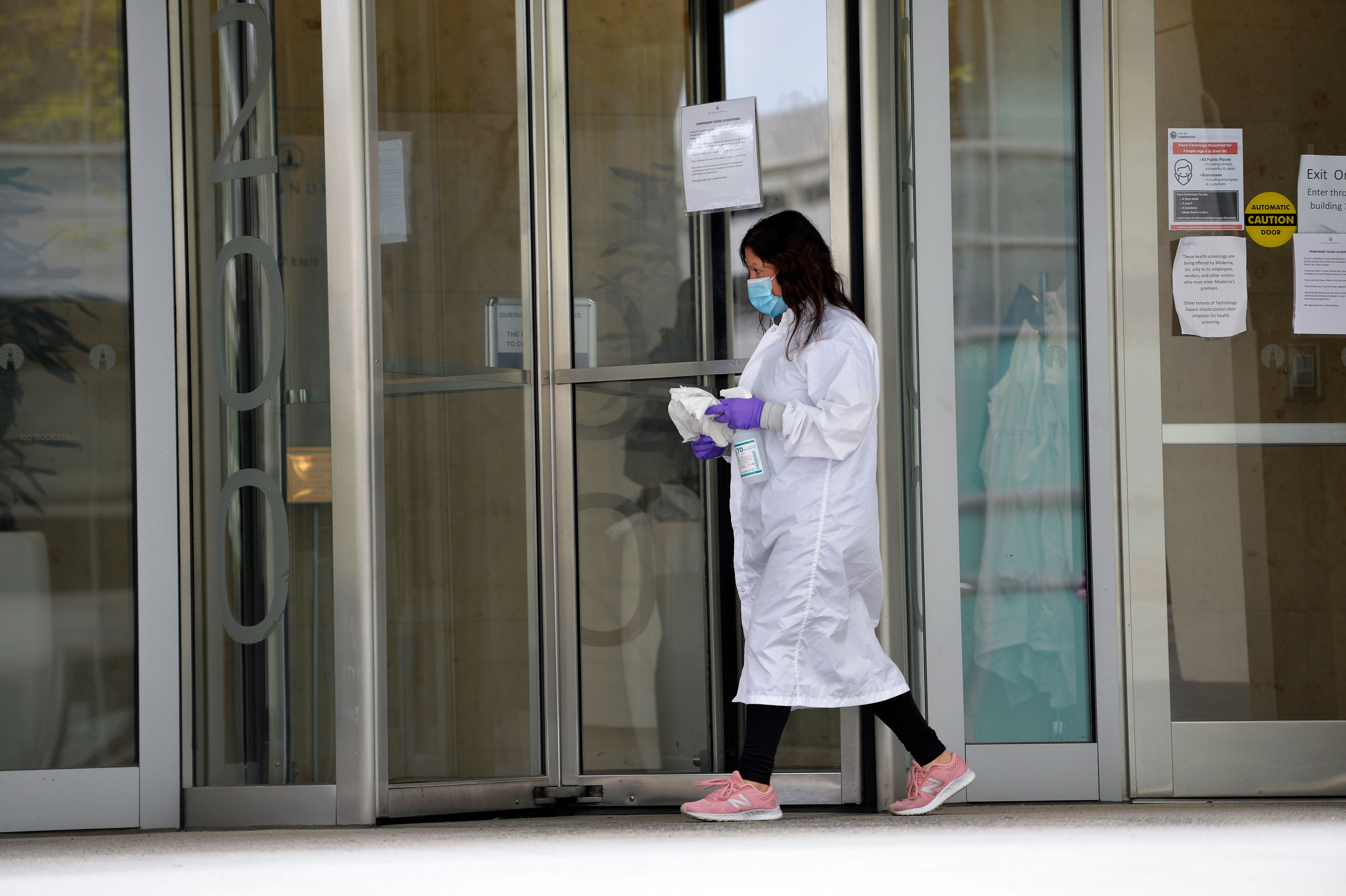 A women cleans the entrance doors to Moderna headquarters in Cambridge, Massachusetts on May 18, 2020. – US biotech firm Moderna reported promising early results from the first clinical tests of an experimental vaccine against the novel coronavirus performed on a small number of volunteers. The Cambridge, Massachusetts-based company said the vaccine candidate, mRNA-1273, appeared to produce an immune response in eight people who received it similar to that seen in people convalescing from the virus. (Photo by JOSEPH PREZIOSO/AFP via Getty Images)

Moderna needs to wait 28 days before giving their clinical trial subjects a second shot of the vaccine, per CNN, at which point the wait to see whether the vaccine is effective at all begins.

But the company, which reportedly has yet to reach its full goal of 30,000 enrolled subjects, would be hard-pressed to produce a vaccine prior to the election. Dr. Paul Offit, a vaccinologist at Children’s Hospital of Philadelphia told CNN he doesn’t “see how that would be possible.”

If Moderna enrolls the rest of the subjects by the end of September, those patients wouldn’t be ready for a second dosage of the vaccine until late October, thereby missing the mark for an Election Day vaccine.

Moderna is currently in Phase 2 of their testing.