The Secret Service has released a statement detailing what happened Monday when President Donald Trump was rushed from a press conference due to gunfire near the White House.

Shots were fired near 17th and Pennsylvania Avenue Monday afternoon, and Secret Service agents immediately cleared the lawn. The agency says the White House was “not breached during the incident” and no Secret Service protectees were ever in danger.

According to the statement, a 51-year-old male approached a Secret Service officer standing at his post near the White House Complex, and informed the officer that he had a weapon. The Secret Service did not say if the “object” was a weapon.

“The suspect then turned around, ran aggressively towards the officer, and in a drawing motion, withdrew the object from his clothing. He then crouched into a shooter’s stance as if about to fire a weapon. The Secret Service officer discharged his weapon striking the individual in the torso.” 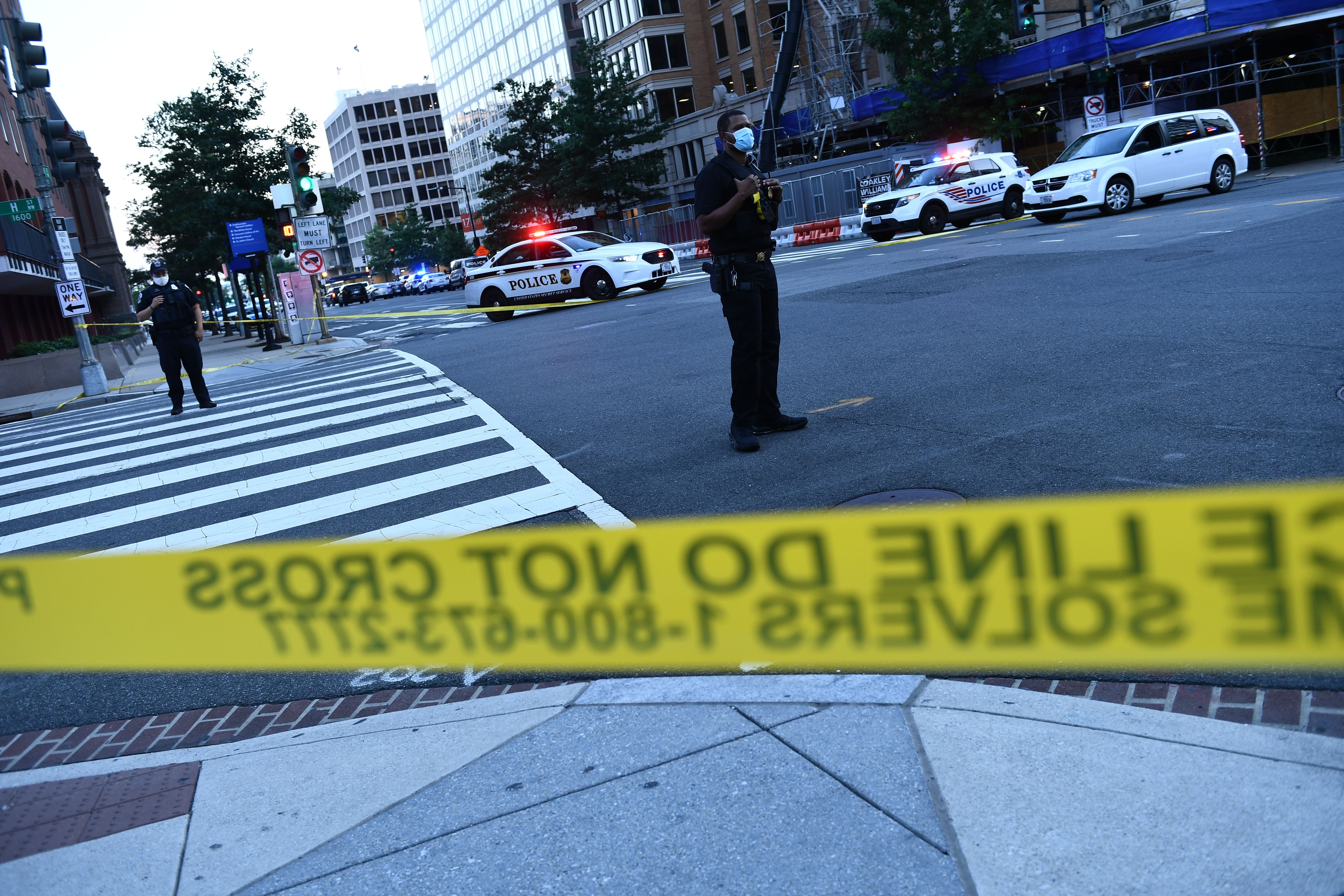 Police activity at the entrance to Pennsylvania Avenue near the White House shortly after Secret Service guards shot a person who was apparently armed, outside the White House on August 10, 2020 while US President Donald Trump was speaking to the press in the Brady Briefing Room of the White House in Washington, DC.(Photo by Brendan Smialowski / AFP) (Photo by BRENDAN SMIALOWSKI/AFP via Getty Images)

The president remained near the Oval Office for several minutes while law enforcement officers got the situation under control, then returned to the briefing room, according to a report written as the incident unfolded. (RELATED: President Trump Abruptly Rushed Out Of News Conference)

President Trump confirmed shots had been fired and that a suspect was shot.

The Secret Service will be conducting an internet review of the officer’s actions, and the Metropolitan Police Department was contacted to conduct an investigation, according to the Secret Service’s statement.