President Donald Trump told conservative radio host Hugh Hewitt Tuesday that George Washington “would have had a hard time” winning an election against Trump’s record prior to the coronavirus pandemic upending his previous three years in office.

Trump’s approval rating hit what was at that time an all-time high at the end of February, per Real Clear Politics’ polling average. Following the Senate voting down his impeachment, 46.3% approved of the president’s job in office, compared to 50.6% who disapproved. At press time, RCP listed Trump’s approval rating at 43% with 54.9% disapproval.

“I don’t know if you’ve seen, the polls have been going up like a rocket ship,” Trump stated. “George Washington would have had a hard time beating me before the plague came in, before the China plague.” (RELATED: Coronavirus Fears Hand Biden 6 Point Leads In Wisconsin And Pennsylvania, New Poll Shows) 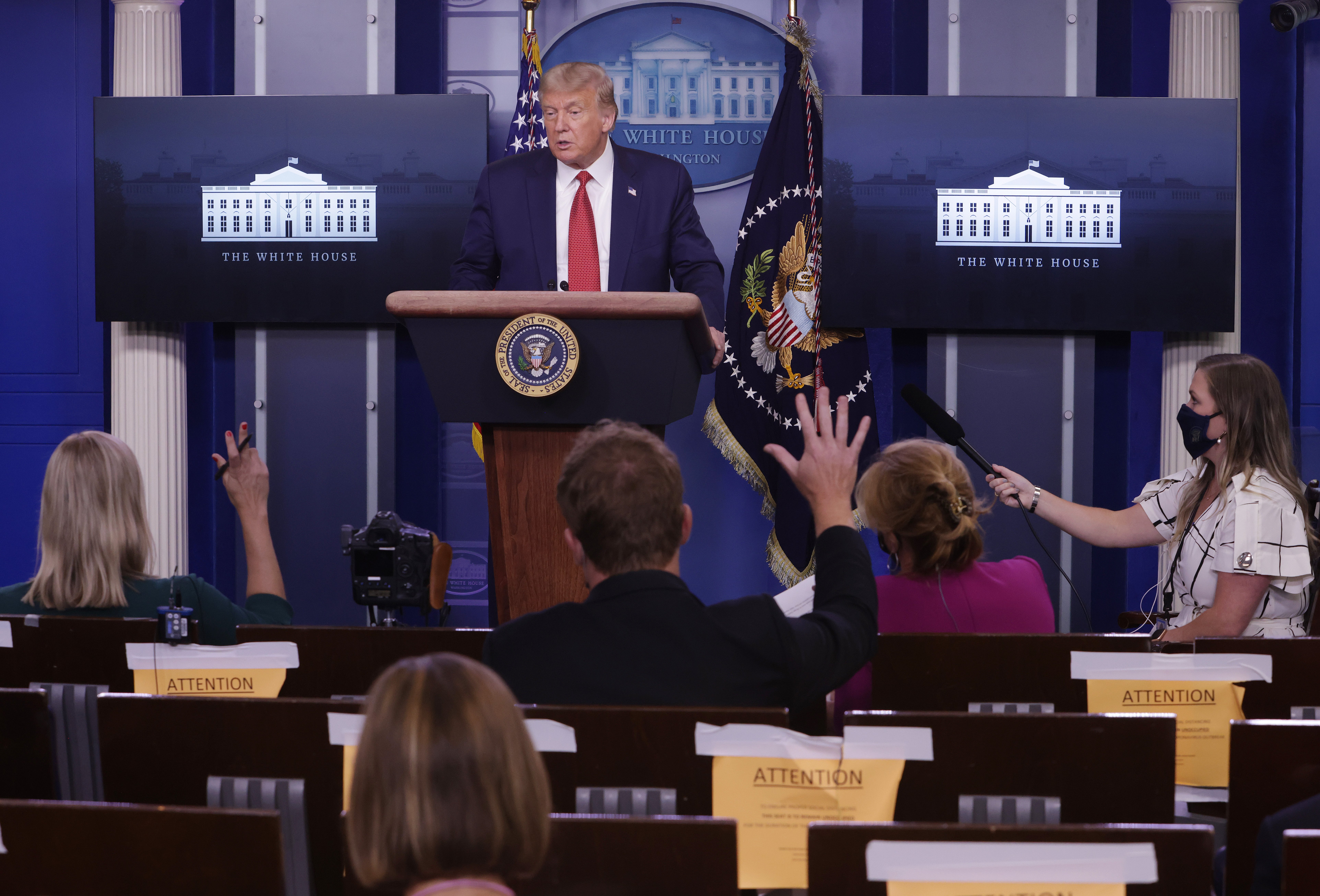 WASHINGTON, DC – AUG. 10: U.S. President Donald Trump speaks during a news conference at the James Brady Press Briefing Room of the White House Aug. 10, 2020 in Washington, DC. Trump tweeted earlier today that he will accept the Republican presidential nomination on August 27 either at the Civil War battlefield in Gettysburg, Pennsylvania, or at the White House. (Photo by Alex Wong/Getty Images)

The president claimed that on his recent trips to Florida, Ohio and Texas, supporters formed “the largest crowds on the highway” he’d ever seen. He added that he wants to soon restart his campaign rallies, but “can’t because of the COVID.”

“You can’t have people sitting next to each other.”

You can listen to the entire interview here.

Though most national and state polls show Trump trailing former Vice President Joe Biden heading into the final stretch of the election, the president and his campaign frequently cite internal polling that shows him leading Biden in key battleground states.

“I don’t get caught up in the daily horse race,” Stepien explained in his first interview since taking over campaign manager duties from Brad Parscale. “The pollsters got it wrong in 2016 from July through November of 2016. There were 226 national public polls. Clinton led in 213 of the 226.”