Employees working at Wisconsin’s Department of Natural Resources have been told to wear masks during video conference calls made from home, even when they’re alone.

The day before Democratic Wisconsin Gov. Tony Evers’ statewide mask order went into effect Aug. 1, Department of Natural Resources (DNR) Secretary Preston Cole sent an email to all employees asking them to “set the safety example” by donning their masks on Zoom and other video conference calls, the Milwaukee Journal Sentinel reported.

“Also, wear your mask, even if you are home, to participate in a virtual meeting that involves being seen — such as on Zoom or another video-conferencing platform — by non-DNR staff,” Cole reportedly wrote. “Set the safety example which shows you as a DNR public service employee care about the safety and health of others.”

Wisconsin’s mask mandate requires a face covering be worn if someone “is indoors or in an enclosed space, other than at a private residence; and; another person or persons who are not members of individual’s household or living unit are present in the same room or enclosed space.” 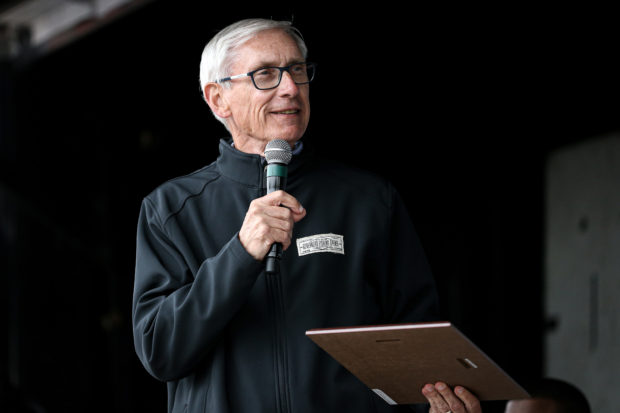 “By wearing a mask while video conferencing with the general public, we visually remind folks that masking is an important part of navigating the business of natural resources during this tumultuous time,” DNR spokeswoman Megan Sheridan told McClatchy News.

“We ask staff to wear masks when on externally facing calls is that, taken out of context, a screenshot of a staff person or high ranking department official, if not properly attributed, could be misinterpreted to suggest that state employees are not properly following the Governor’s directive,” she continued. (RELATED: Tiger Woods Shows Up At PGA Championship Wearing American Flag Face Mask)

Nasia Safdar, medical director of infection control at UW Health, told the Milwaukee Journal Sentinel that wearing a mask at home would only be recommended if someone in the residence has COVID-19.

“In general I would tie mask use to transmission risk, and that doesn’t seem to be a good reason to wear it,” Safdar said, referring to the DNR policy.