An Air Force helicopter was forced to make an emergency landing in Virginia after it was reportedly shot at, injuring a crew member and prompting an FBI probe into the incident, numerous sources reported Wednesday.

The UH-1N Huey helicopter, assigned to Joint Base Andrews outside Washington, D.C., was on a routine training flight roughly 1,000 feet above the ground when it was struck by a bullet. The helicopter made an emergency landing at an airport in Manassas, an Air Force spokesperson told US News.

Officials at Manassas Regional Airport told McClatchey that they received a call at about 12:20 p.m. alerting them that a “military helicopter was inbound and that paramedics were on the way.”

Joint Base Andrews is home to Air Force helicopter and fighter squadrons along with the presidential aircraft Air Force One. 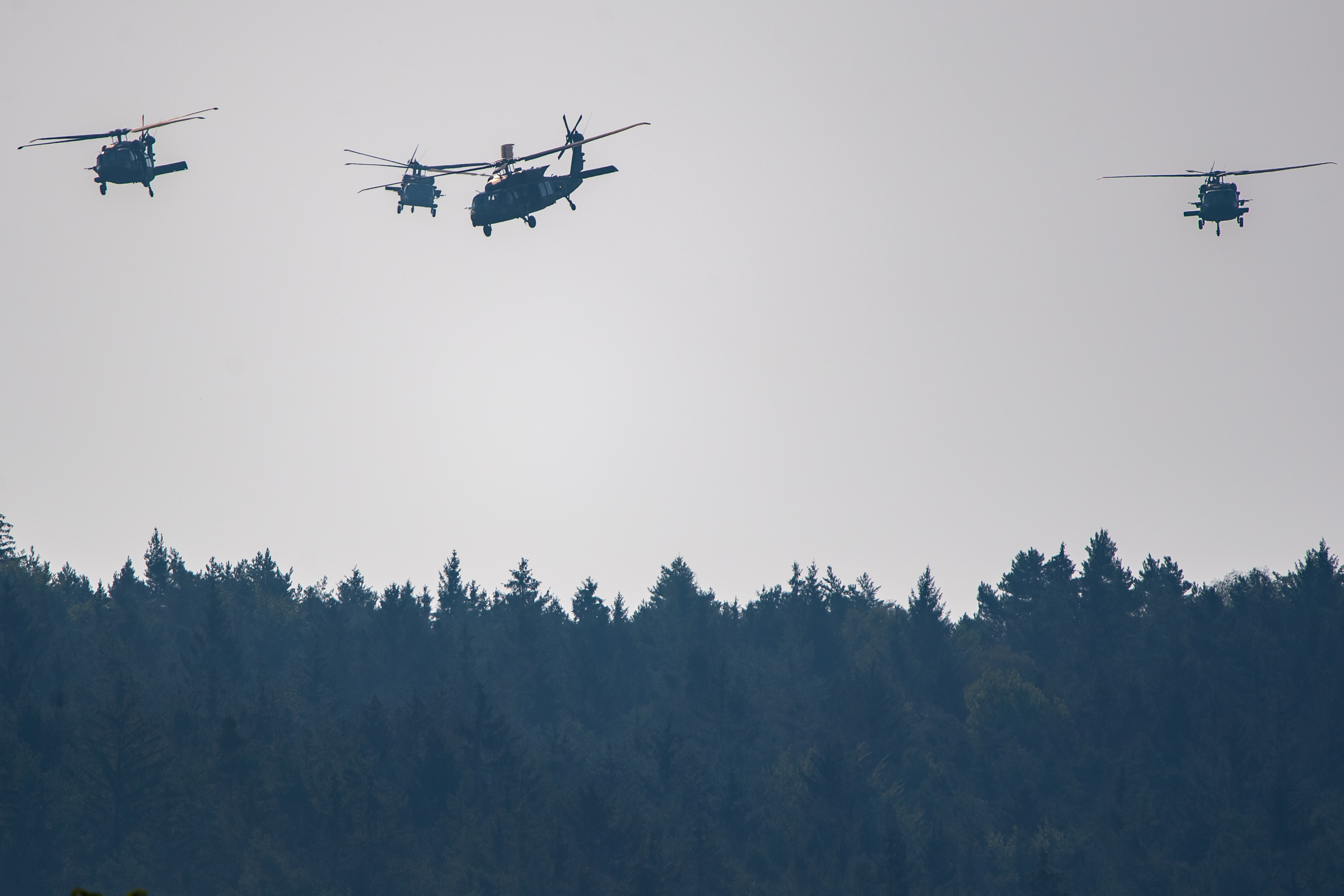 Black Hawk UH-60 helicopters fly by while participating in the Saber Junction 20 military exercises at the Hohenfels training grounds on August 10, 2020 near Hohenfels, Germany. (Photo by Lennart Preiss/Getty Images)

“One individual in the helicopter sustained a non-threatening injury, for which he was treated and subsequently released from the hospital,” the FBI said according to McClatchey.

The aircraft was also damaged. (RELATED: Air Force Will Still Try To Play Navy And Army After The Mountain West Postpones The Football Season)

The FBI is investigating the incident alongside the Air Force Office of Special Investigations and local law enforcement agencies, according to US News.