Biden called the upcoming election “life changing,” saying “the choice we make this November is going to decide the future of America for a very, very long time,” with Biden following up by expressing his confidence in his decision to pick Harris as his running mate.

Following Biden’s VP announcement Tuesday, donations flooded into his campaign, according to Biden.”Yesterday we had our best grassroots fundraising day of the campaign, more than double our previous record, and in doing so we set a single day record for online political fundraising. I think I know why,” referring to the Harris announcement. (RELATED: Biden Donations Jump After Kamala Harris Announcement)

The campaign raised more than $10.8 million between 4 p.m. and 8 p.m. Tuesday, a nearly 400 percent increase from the same time frame the day before, The New York Times reported.

Last month, Republicans and President Donald Trump out-raised Biden, bringing in a combined $165 million, while Biden and Democrats pulled in $140 million, according to The Hill.

Biden wasted no time criticizing  Trump for what he deemed a lack of an appropriate response to the coronavirus. 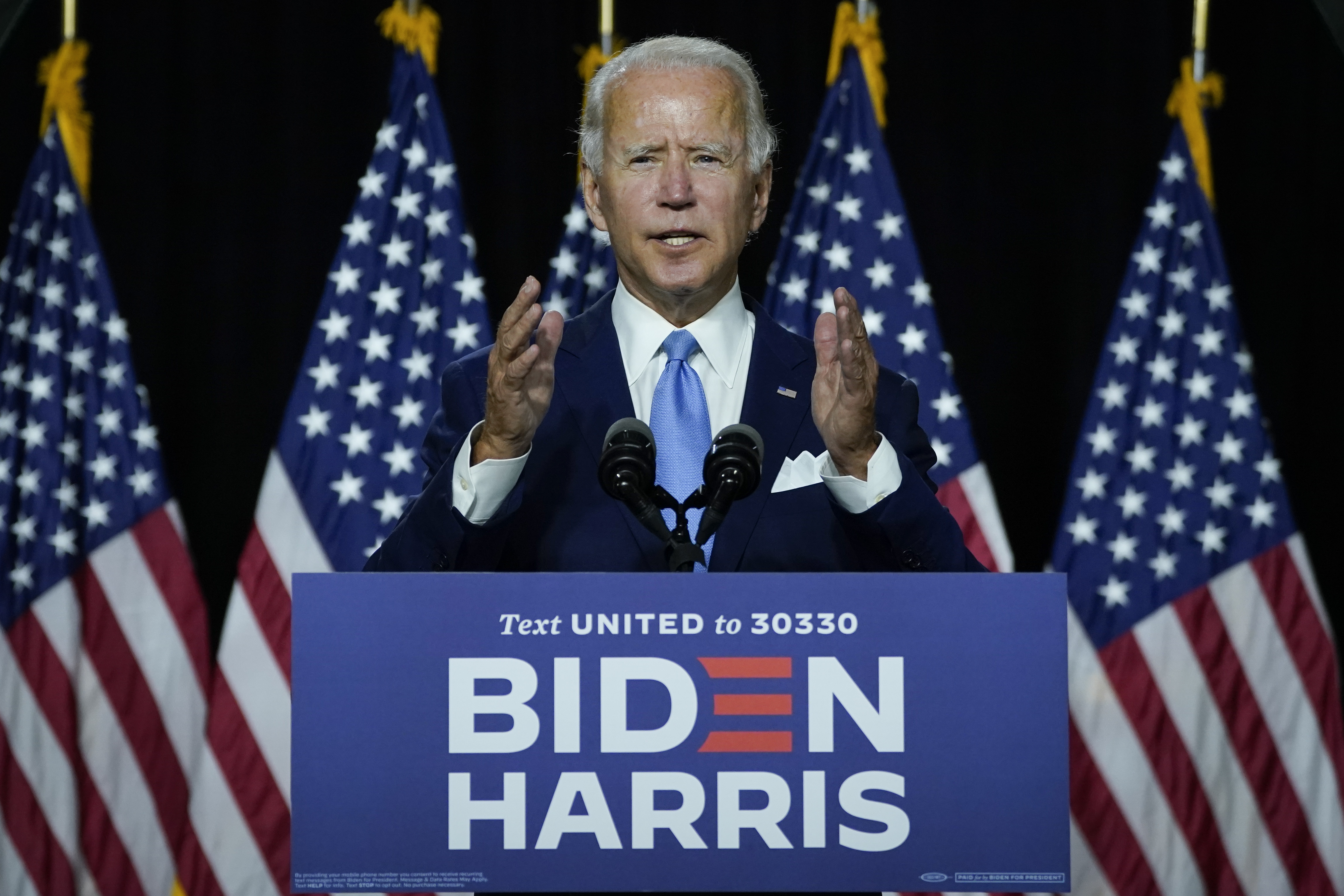 There’s “no real leadership or plan from the President of the United States on how to get this pandemic under control,” Biden said.

He promised his administration would not only address the virus itself, but the economic issues arising from the virus, saying there is “no real help for small businesses and front line workers.”

Harris took the stage immediately after Biden, saying she’s “ready to get to work.”

“I am incredibly honored by this responsibility and I am ready to get to work,” Harris said. “America is crying out for leadership.”

“This is a moment of real consequence for America. Everything we care about, our economy, our health, our children, the kind of country we live in, it’s all on the line.”

Harris criticized the president, saying he destroyed the economy he inherited from the Obama-Biden administration, “this is what happens when we elect a guy who just isn’t up to the job, our country ends up in tatters, and so does our reputation around the world.”

Harris also condemned the Trump administration response to the pandemic, arguing his mismanagement has left 16 million out of work and more than 100,000 dead.

“The case against Donald Trump and Mike Pence is open and shut,” Harris said. “Just look where they’ve gotten us.”

Biden and Harris are set to attend a virtual fundraiser Wednesday evening.