The homicide rate has spiked across 20 of America’s major cities, The New York Times reported Tuesday, citing a criminologist. The reported crime surge comes as the nation faces the coronavirus pandemic, ongoing protests and an upcoming presidential election.

The murder rate in 20 major American cities increased an average of 37% from the end of May to the end of June, University of Missouri-St. Louis criminologist Richard Rosenfeld said, according to The New York Times. In 2019, the murder rate increased an average of 6% from May to June. (RELATED: ‘We Will Not Prosecute’: Left-Wing Prosecutors, Many Backed By Soros Cash, Implement Soft-On-Crime Policies Across America)

New York has seen a 30% increase in the homicide rate this year, according to the report. New York City has seen a surge in violent crime over the past several months, including a 205% increase in shooting incidents between June 2 and June 15 compared to that same period last year. Burglary and grand larceny crimes were also higher in June 2020 compared to June 2019. 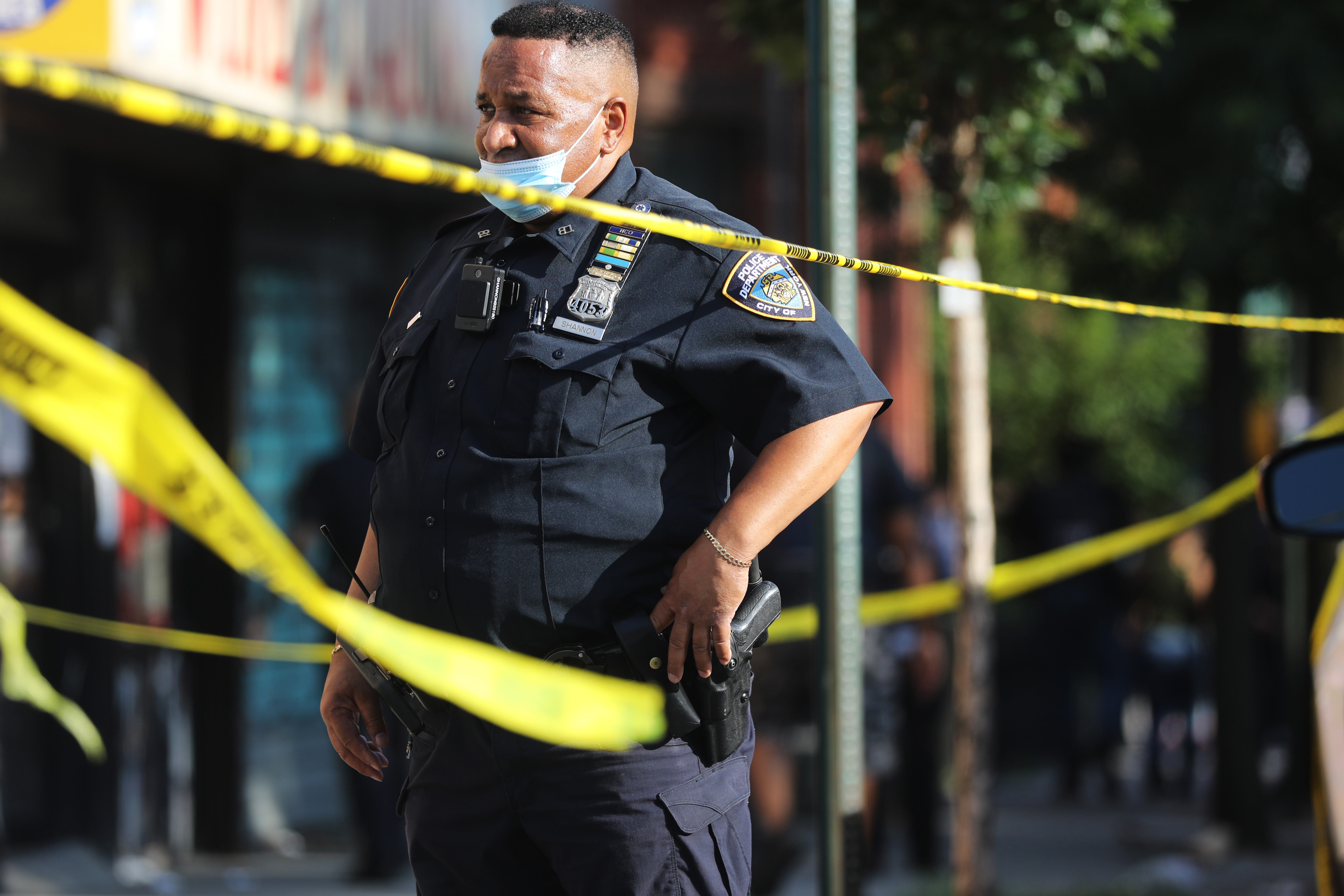 Police stand at the scene of a shooting which happened as Save Our Streets (S.O.S.) was holding a peace march in response to a surge in shootings in the Bedford Stuyvesant neighborhood in Brooklyn on July 16, 2020 in New York City. The march and shooting was held near the scene in Brooklyn where a one-year-old child, Davell Gardner Jr., was recently shot and killed. Davell was shot near a playground during a Sunday picnic when gunfire erupted. Two other adults were wounded in the evening shooting. New York City has witnessed a surge in gun violence over the past month with 9 people killed, including children, and 41 others wounded on the Fourth of July weekend alone. The gun violence is occurring against the backdrop of a nationwide movement to consider defunding police departments. (Photo by Spencer Platt/Getty Images)

There were 6 killings in Kansas City over the weekend of August 7 to 9, bringing the total number of murders in the city this year to 122. At this time last year, there had been 90 homicides, according to The New York Times. Homicides doubled in May and June compared to those months the previous year. At the end of July, Kansas City had already reported about 490 nonfatal shootings – the same number as it did in all of last year.

Many of the killings in Kansas City have stemmed from unknown causes – a testament to the discomfort and anger that many are feeling during the pandemic, criminologists and law enforcement said, according to The New York Times. 50 homicides were due to unknown motives, 30 were because of arguments, and 15 were drug-related, police said.

“People have gotten to the point where they just don’t give a damn,” said Rev. Darren Faulkner, who runs a program to support those at risk of violence in Kansas City’s East Side. “I don’t care about me. I certainly don’t care about you. And so I can go shoot your house or shoot you right on the spot because you talked to me crazy, you looked at me crazy.”