President Donald Trump’s executive order on coronavirus aid that defers federal student loan payments to the end of the year may be an opportunity for progressives to push broader loan forgiveness schemes, but the general deferral is not necessary for many borrowers, education policy experts told the Daily Caller News Foundation.

“The order on student loans leaves out up to 9 million borrowers and does nothing to extend the critical benefits for essential workers, such as teachers and nurses, provided under the CARES Act,” Tanden said in the statement.

Approximately 9 million borrowers who owe back loans from private lenders and colleges are not covered under the executive order, Politico reported.

Trump signed the executive order Saturday suspending federal student loan payments until Dec.31 along with three other measures meant to help Americans struggling with the economic impacts of the pandemic, the Daily Caller reported. More than 1.19 million Americans filed additional unemployment claims in the last week of July, according to the Department of Labor.

Both Republicans and Democrats criticized the orders, including Republican Nebraska Sen. Ben Sasse, who called the orders “unconstitutional slop” in a statement.

Education policy analyst Mary Clare Amselem of the Heritage Foundation said the order postponed payments for too long. Frederick Hess, resident scholar and director of education policy studies at the American Enterprise Institute, said Trump’s executive order may be necessary for some borrowers struggling to repay their loans during the economic impacts of the pandemic, but not for others.

Due to the coronavirus impacting the economy negatively, “there certainly was an argument to be made for originally suspending student loan payments,” Amselem told the DCNF.

“There might have originally been a case for suspending student loan payments. I mean, people found themselves out of work overnight. Businesses were forced to close down through no fault of their own,” Amselem said.

“I fear that extending the suspension of student loan forgiveness will only open the door for large-scale loan forgiveness down the road coming from the left,” Amselem added. (RELATED EXCLUSIVE: Congress, White House Unlikely To Deliver Phase 4 Stimulus Before Recess, Sources Say)

Amselem said “that large scale-forgiveness is not in the best interest of the American people” and added that she and the Heritage Foundation have opposed it “for quite a long time.” 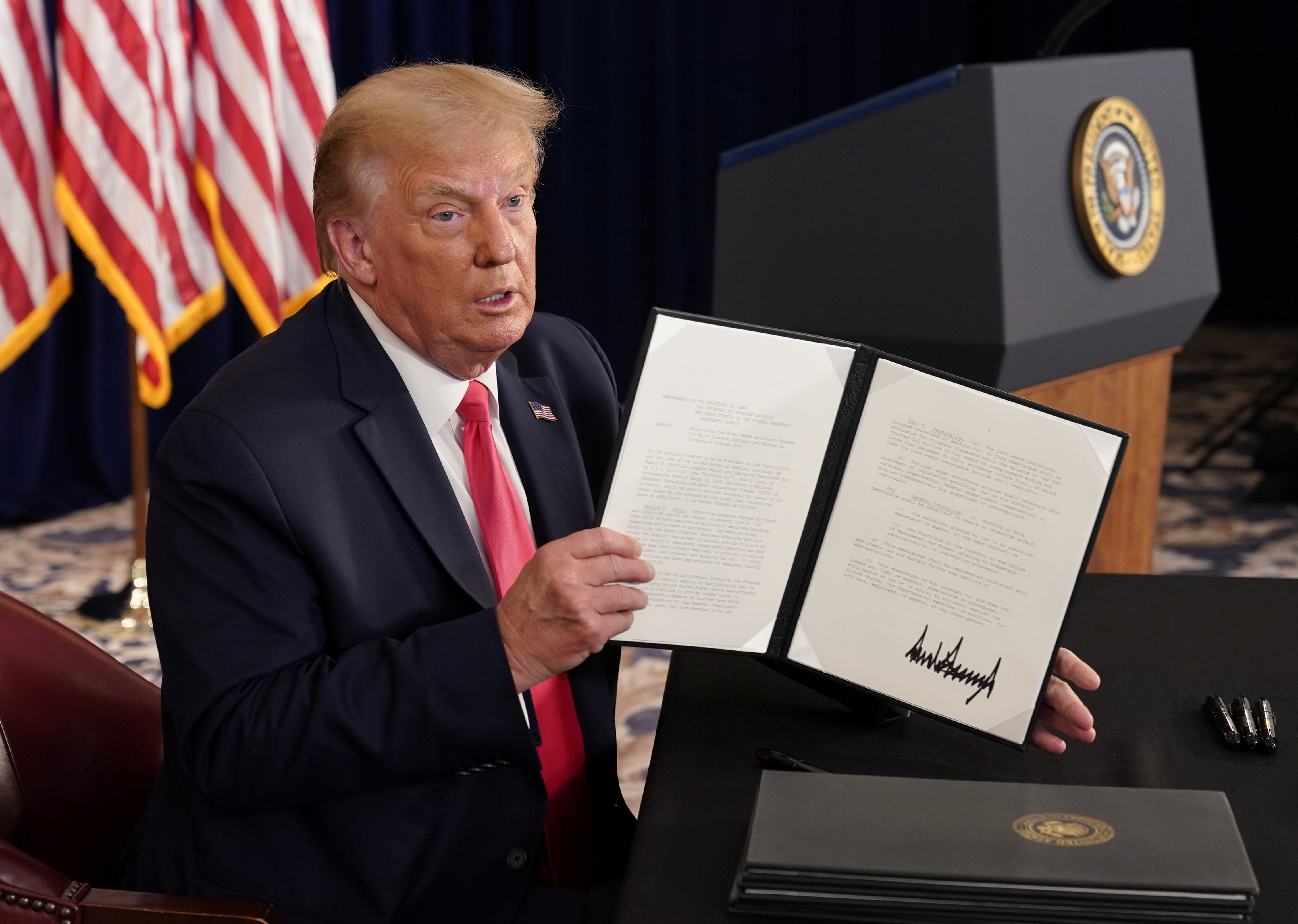 Hess told the DCNF the order is essential based on the borrower’s circumstances.

“There are some people who are out of work who owe student loans and right now, that’s for some of them a crushing burden. For others, it’s a problem,” Hess said.

“Then there’s millions of borrowers who are paying their loans. So, you know, it’s necessary for some, it’s not necessary for many others. Ideally, what we would have is an approach which was more targeted towards, you know, spending repayment for people who are out of work or in need,” Hess said.

When asked if there is anything further that needs to be done, Hess said, “yeah, but it requires a legislative fix” and said that there are multiple methods available. Hess noted one possible method is linking payments to taxes based on employment.

“One for instance is you can just pin student loan repayment to IRS collections. So that if you’re employed, your student loan repayment is just collected along with your tax withholding, which makes it easier on borrowers, helps reduce the amount of concerns you know about cheating or, you know, or mistakes, but it also means that if you’re laid off or if your hours shrink, you pay less,” Hess said.

“If you’re laid off, you don’t pay anything at all [because] you don’t have any withholding. So, that would be the automatic solution, which would very specifically target the people who’s hours have been cut or who are out of work by reducing or eliminating their loan repayment for the appropriate period of time,” Hess said and noted that he thought it was the best method.

“In fact if you do it that way, say you’re laid off and you say you’re out of work for, you know, three months or six months, not only do you not have to pay any student loan, you’re not paying back during that time because you don’t have any employment, but you could simply write the program at that point to freeze the interest payments too. So, you, so not only are you not repaying during those months, but you’re not accumulating more debt,” Hess added.