A shipwreck off the coast of southeastern Africa has resulted in at least two million pounds of oil spill in the Indian Ocean.

The developing environmental disaster is occurring near Mauritius, a tiny island country that is home to a variety of rare wildlife, according to CNET. Maxar Technologies, an American space technology company, tweeted satellite photos Wednesday showing the size of the spill.

New #satellite images taken today, August 12, 2020, of the Japanese-owned ship, MV #Wakashio, that ran aground at Pointe d’Esny, #Mauritius in late July. A massive clean-up operation has been launched from the shore since oil began leaking. #MauritiusOilSpill pic.twitter.com/V6D0F8t5Sr

The MV Wakashio wrecked after striking a reef on July 25, Reuters reported. Since then, it has leaked about 1,000 metric tons, or 2.2 million pounds, of oil.

Mauritius Prime Minister Pravin Jugnauth announced at a Wednesday press conference that the salvage operation has been successful in averting a more serious ecological disaster. 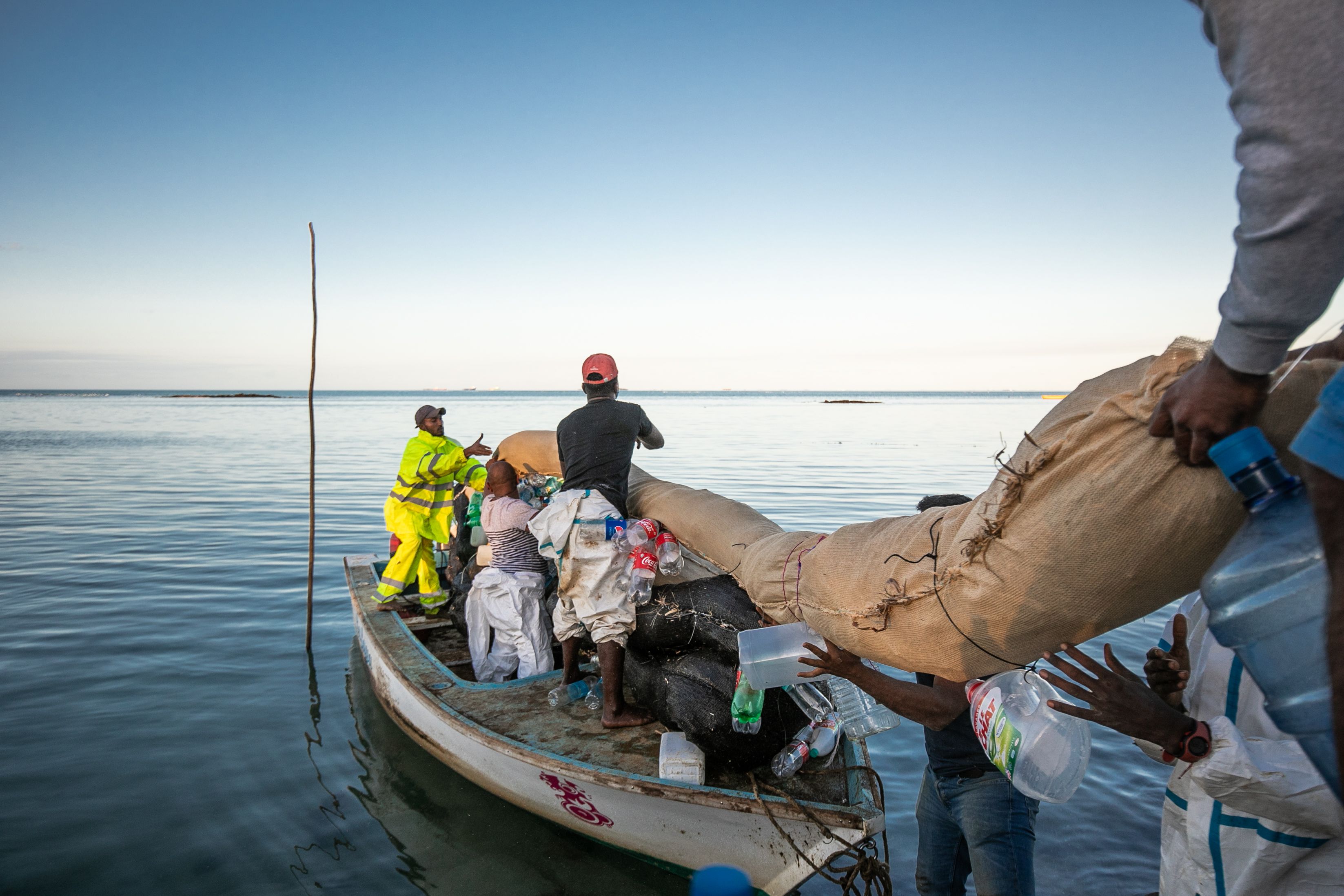 Volunteers prepare to place handmade oil barriers in the sea at the Mahébourg waterfront in Mauritius on August 12, 2020, in order to prevent a further oil spill from the MV Wakashio vessel. (AFP via Getty Images)

About 3,180 metric tons were removed from the ship avoiding further leakage and much of the spilled oil has already been skimmed and pumped out of the water, according to Jugnauth. The ship will likely split in half due to the worsening conditions of its cracks, he added.

The ship’s owner, Japanese company Nagashiki Shipping, took responsibility for the spill Thursday, according to Reuters. Nagashiki said it is assessing the compensation that will be made.