The Trump administration is set to designate the Confucius Institute U.S. Center (CIUS) as a foreign mission in order to counter growing influence from the Chinese Communist Party (CCP), senior officials said Thursday.

Office of Foreign Missions Acting Director Cliff Seagroves told reporters Thursday that the Foreign Missions Act allows the U.S. government to designate entities as such if they are “substantially owned or effectively controlled by a foreign government.” He added that there is “no question” that the CIUS meets this standard.

Seagroves said this designation would affect what benefits the CIUS could receive. The entity would also be required to provide the U.S. government information such as its personnel roster, financial holdings and the curriculum used in its classrooms. 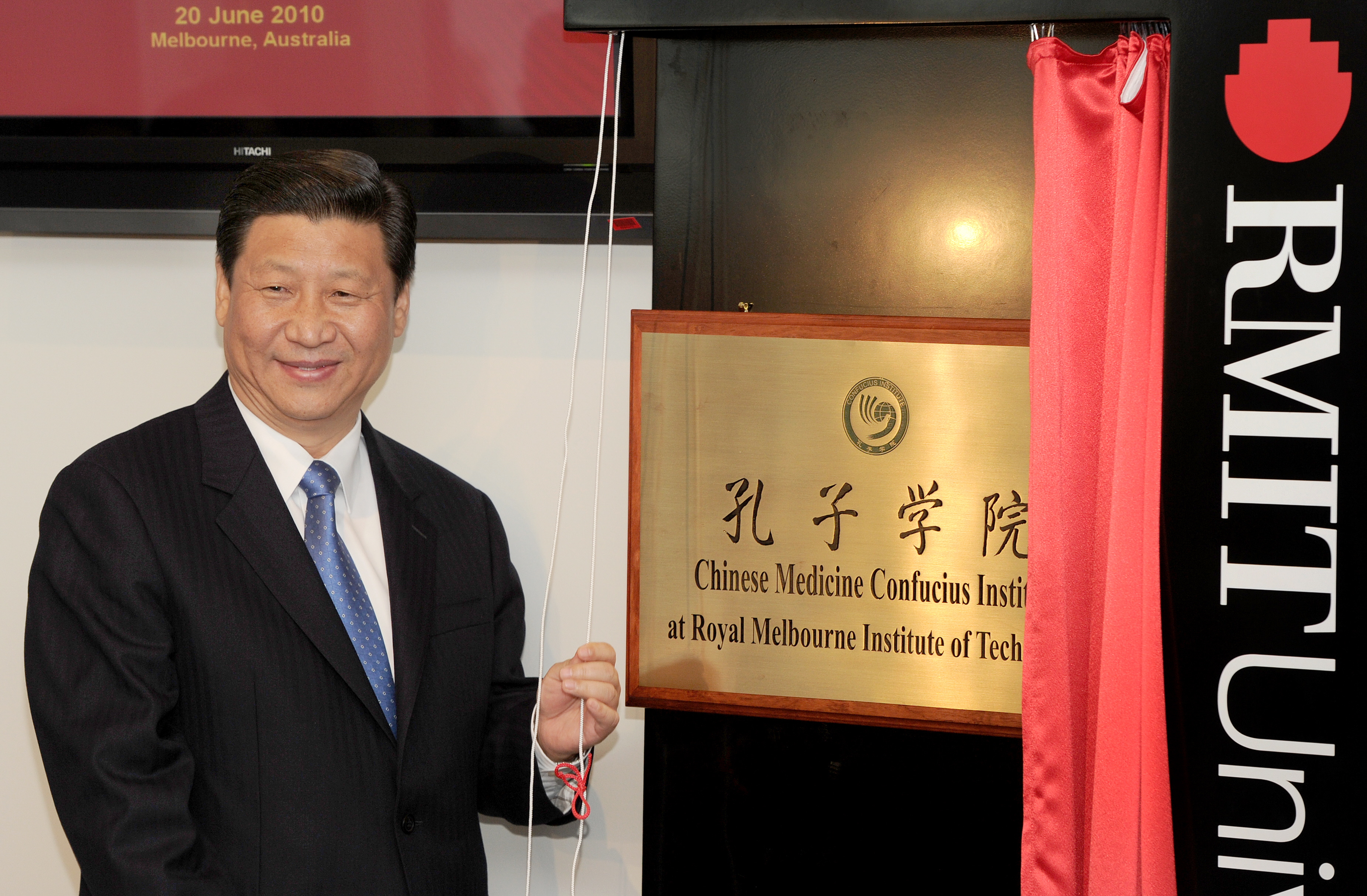 Then Chinese Vice President Xi Jinping unveils the plaque at the opening of Australia’s first Chinese Medicine Confucius Institute at the RMIT University in Melbourne on June 20, 2010 (William West/AFP via Getty Images)

Assistant Secretary of State for East Asian and Pacific Affairs David Stilwell told reporters Thursday that the designation was long overdue and referred to the move as part of the Trump administration’s larger effort “to get at true reciprocity and transparency.”

“For too long we have turned a blind eye to these activities with the hope that they would understand the beauty of free and open exchanges, but if you look hard enough at what they are doing in our country … you’re going to understand why we’re going to have to be taking these actions,” Stilwell said.

There are an estimated 500 Confucius Institutes on more than one hundred American campuses. The CIUS was set up in Washington, D.C. to oversee these non-profit institutes created with the goal of cultural exchange. The ties between the CIUS and the Chinese government have generated concern.

The CIUS is funded by the Confucius Institute Headquarters (Hanban) based in Beijing. The Hanban is an affiliated institution of the Chinese Ministry of Education and its directors are either members of the CCP or have close ties to the party.

Secretary of State Mike Pompeo referred to the CIUS as a part of China’s “global influence and propaganda apparatus” in a statement Thursday.

Today the @StateDept designated the Confucius Institute U.S. Center as a foreign mission of the PRC, recognizing it for what it is: an entity controlled by the PRC that advances Beijing’s global propaganda and malign influence campaign on U.S. campuses and K-12 classrooms.

Critics of the Confucian Institutes say they are vehicles for CCP influence on college campuses and could even be a Trojan Horse for Chinese intelligence gathering and espionage, according to Bloomberg. (RELATED: Beijing On American Campuses: Here’s Every College With A Confucius Institute)

State Department officials cited instances of the Chinese government using coercion to restrict transparency and discussion of politically sensitive topics in American colleges and universities during the press conference Thursday.

Stilwell told reporters the Confucian Institutes would not be banned, however, and added that cultural exchange between the United States and China is important as long as there is transparency and the free exchange of ideas.

“We think, at this point, it’s even more important that Americans study Chinese language, understand Chinese culture and work to establish a truly reciprocal relationship on both sides of the Pacific,” he said.