The United States Postal Service (USPS) said Pennsylvania mail-in ballots might not be returned in time to be counted in November’s election, according to a letter released to the public on Thursday.

The Postal Service might not be able to return some mail-in ballots on a timeline in accordance with Pennsylvania deadlines, USPS General Counsel and Executive Vice President Thomas J. Marshall said in a July letter to Pennsylvania Secretary of the Commonwealth Kathy Boockvar, NBC News reported.

The letter was released Thursday as part of a lawsuit in which voters petition the state to extend its deadline for counting ballots.

Pennsylvania law requires that all absentee ballot applications – whether by mail, in person or online – are returned to the state seven days prior to the election, according to Vote.org. Completed ballots received after 8 p.m. on election day will not be counted. (RELATED: Trump Appears To Oppose Giving Money To Postal Service To Help Nationwide Mail-In Voting)

“This mismatch creates a risk that ballots requested near the deadline under state law will not be returned by mail in time to be counted under your laws as we understand them,” the Postal Service said, according to a copy of the letter posted by CBS News reporter Zak Hudak.

Here’s the letter where the USPS general counsel warned that PA mail-in ballot request and receipt deadlines “are incongruous with the Postal Service’s delivery standards” and that ballots requested close to the deadline might not get counted pic.twitter.com/zSnrgHISLG

“The Postal Service is committed to delivering Election Mail in a timely manner,” Martha Johnson, a USPS spokesperson, told the Daily Caller News Foundation in an email last week. “We employ a robust and proven process to ensure proper handling of all Election Mail, including ballots.” 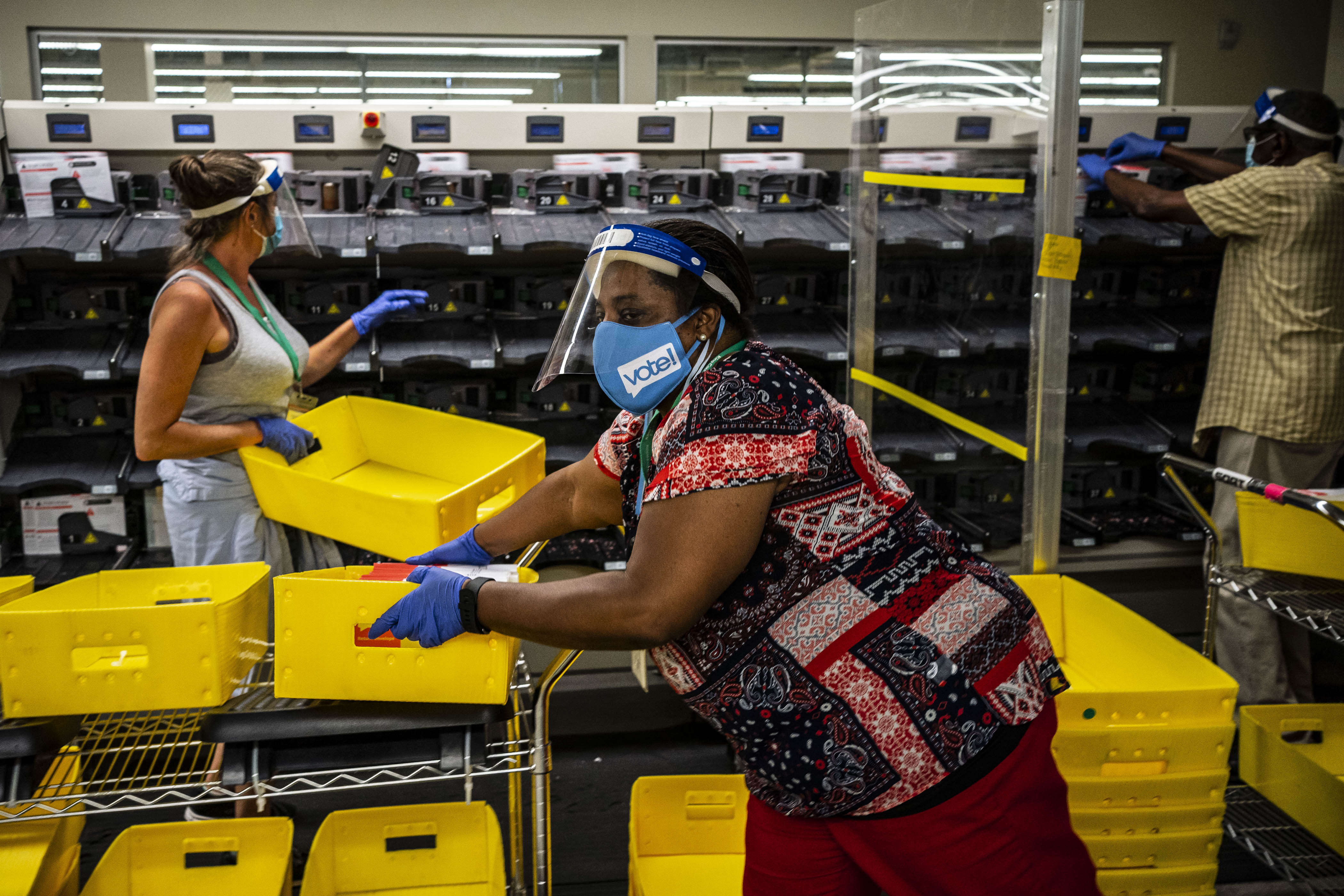 The Postal Service sent a similar letter to Washington Secretary of State Kim Wyman in July. The letter stated that under current timelines, some mail-in ballots might not be counted.

President Donald Trump tweeted about mail-in ballots July 26 saying, “The 2020 Election will be totally rigged if Mail-In Voting is allowed to take place, & everyone knows it. So much time is taken talking about foreign influence, but the same people won’t even discuss Mail-In election corruption.”

The president mentioned delaying the election in a July 30 tweet but later backtracked, according to USA Today.