Some press groups condemned the arrest of journalist Jimmy Lai while media companies that have accepted money to push Chinese propaganda published editorials decrying his arrest.

Lai, a media mogul who founded Hong Kong’s largest media company “Next Digital,” was arrested Monday due to a Chinese national security law, which was introduced on June 30. Lai is an outspoken critic of Chinese leaders and supported Hong Kong’s 2019 pro-democracy protests that earned worldwide coverage, the Wall Street Journal reported.

The media mogul was released on bail August 11 and while some have hailed him as a hero, Chinese state media pegged him as a “genuine traitor,” according to The Guardian. Lai declared that he would continue the fight, despite the new law that many say poses dangers to pro-democracy and press freedoms.

Some press groups expressed outrage following Lai’s arrest. The Society of Professional Journalists “strongly” condemned what it described as “the attempts of the Hong Kong government to suppress the press, including the arrest of media owner Jimmy Lai.” Lai was arrested along with his two sons and four employees, according to the WSJ.

“SPJ cannot express in strong enough terms our objections to the arrest of Lai by Hong Kong authorities,” SPJ National President Patricia Gallagher Newberry said in a statement August 10. “Our outrage extends to the draconian security laws forced on the people of Hong Kong by the Chinese central government.”

“His publication – Apple Daily – is not one of the shining lights of ethical journalism, but we have to stand up for his rights to free speech and press.”

Apple Daily is part of Lai’s Next Digital company and is described as a tabloid-style Hong Kong newspaper.

The Committee to Protect Journalists (CPJ) also condemned Lai’s arrest. Its Asia program coordinator demanded Lai “be released at once” with all “charges dropped.” (RELATED: Some Press Groups Remain Silent About Assault Against Fox News Reporter As Others Condemn It)

Freedom of the Press Foundation provided a statement to the Daily Caller and noted that it plans to post “a long blog post about his case, and the Hong Kong national security law” Tuesday.

“Freedom of the Press Foundation unequivocally condemns Lai’s arrest,” executive director Trevor Timm told the Caller. “It is a gross violation of press freedom and any charges should be dropped immediately.”

Reporters Committee for Freedom of the Press and the First Amendment Coalition did not immediately respond to a request from the Daily Caller regarding Lai’s arrest. 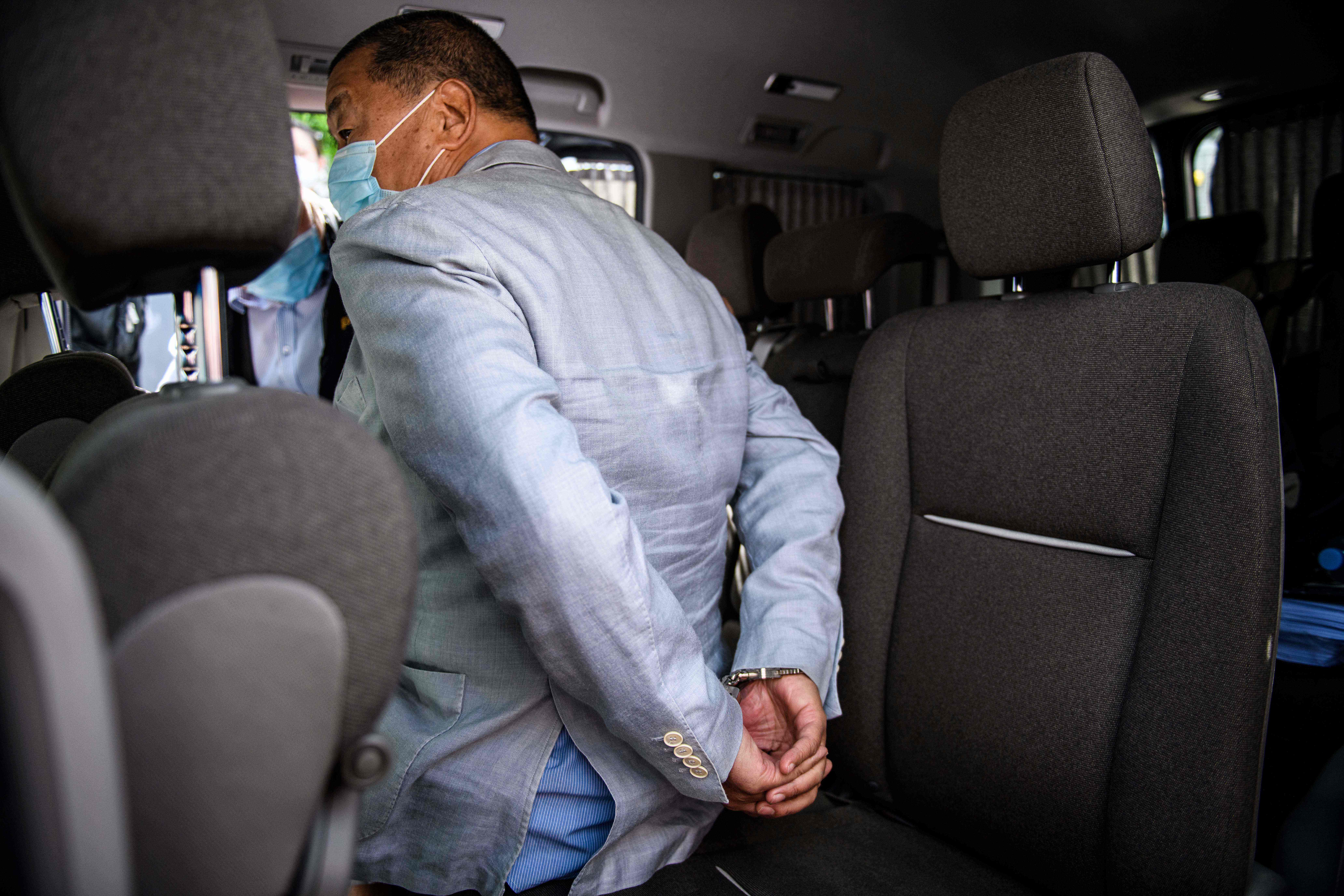 Police lead Hong kong pro-democracy media mogul Jimmy Lai (C), 72, away from his home after he was arrested under the new national security law in Hong kong on August 10, 2020. (VERNON YUEN/AFP via Getty Images)

American media companies that have accepted money from one of China’s main propaganda outlets – China Daily – also reported on the arrest. Two published editorials condemning the news and expressing worry over what the national-security law means for freedom of the press.

The Washington Post’s editorial board decried Lai’s arrest in an editorial published August 10.

“The world must not let China steamroll Hong Kong,” The Post, which for years has profited from running Chinese government-funded propaganda inserts masquerading as news reports, declared in the article.

Lai is described in this piece as “courageous” and the editorial board notes that “the charge is outrageous, but the raids signal a determination to extinguish media freedom.”

“But the people of Hong Kong have shown, over and over again during the ordeal of recent years, that they cherish the values of a free people. The world must not abandon them or surrender to Beijing’s steamroller,” WaPo added before criticizing President Donald Trump for, in part, pulling out of the Trans-Pacific Partnership.

WaPo previously told the Daily Caller that it has “not run the supplement [China Daily propaganda] since last year” and that the newspaper does “not have digital archives of China Daily on” its website.

The New York Times, which recently quietly deleted hundreds of Chinese-paid propaganda advertorials, also published an editorial August 10 on the arrest. The editorial board declared that Lai’s arrest was a symbol that “freedom loses again,” adding that it “marks the most aggressive action yet under new anti-sedition legislation.”

“It was the latest and clearest signal that China intends to make full use of that sweeping new legislation to stifle free expression and undermine Hong Kong’s pro-democracy movement,” the board wrote.

The editorial called on people around the world to put pressure on Chinese President Xi Jinping, writing that he is “deluded if he thinks that turning the rule of law into a rule by law will erase the longing for elemental freedoms that is second nature to Hong Kong.”

“It is incumbent on the United States and its allies, and on all people who cherish freedom, to make abundantly clear to Beijing at every chance that in Hong Kong, as in Xinjiang and the South China Sea, Mr. Xi’s misguided aggression is turning his nation from a rising star into a pariah,” the editorial board concluded.

The Los Angeles Times, The Chicago Tribune and The Boston Globe were among other publications to publish articles about Lai’s arrest. These are a few of the American media companies listed as clients of China Daily, according to documents filed with the Justice Department.

The Boston Globe and The Chicago Tribune’s articles were posted on the respective websites but originally published by the Associated Press. The Des Moines Register, another publication listed as being involved with China Daily, did not appear to report on Lai.