The Democratic party had live comments turned on their livestream of the Democratic National Convention for a portion of the program, leading viewers to comment freely as the event proceeded on the first night of the convention Monday.

Comments during New York Gov. Andrew Cuomo’s speech at the convention show the rapid pace of comments from people trolling the livestream.

“Americans for Trump!!!” one viewer said. 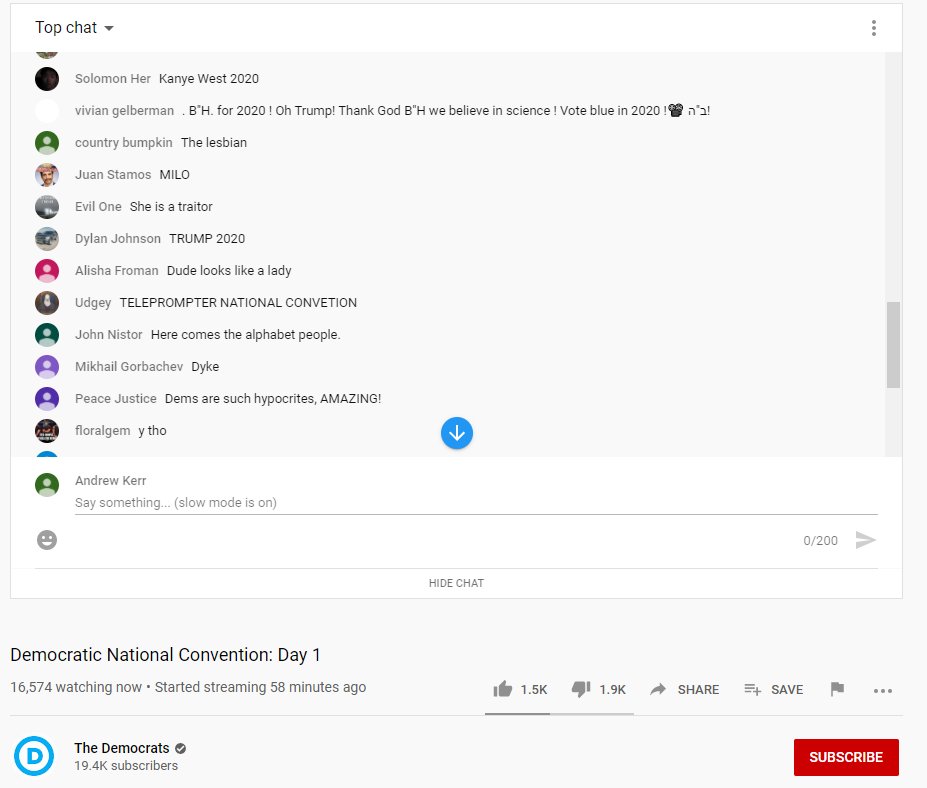 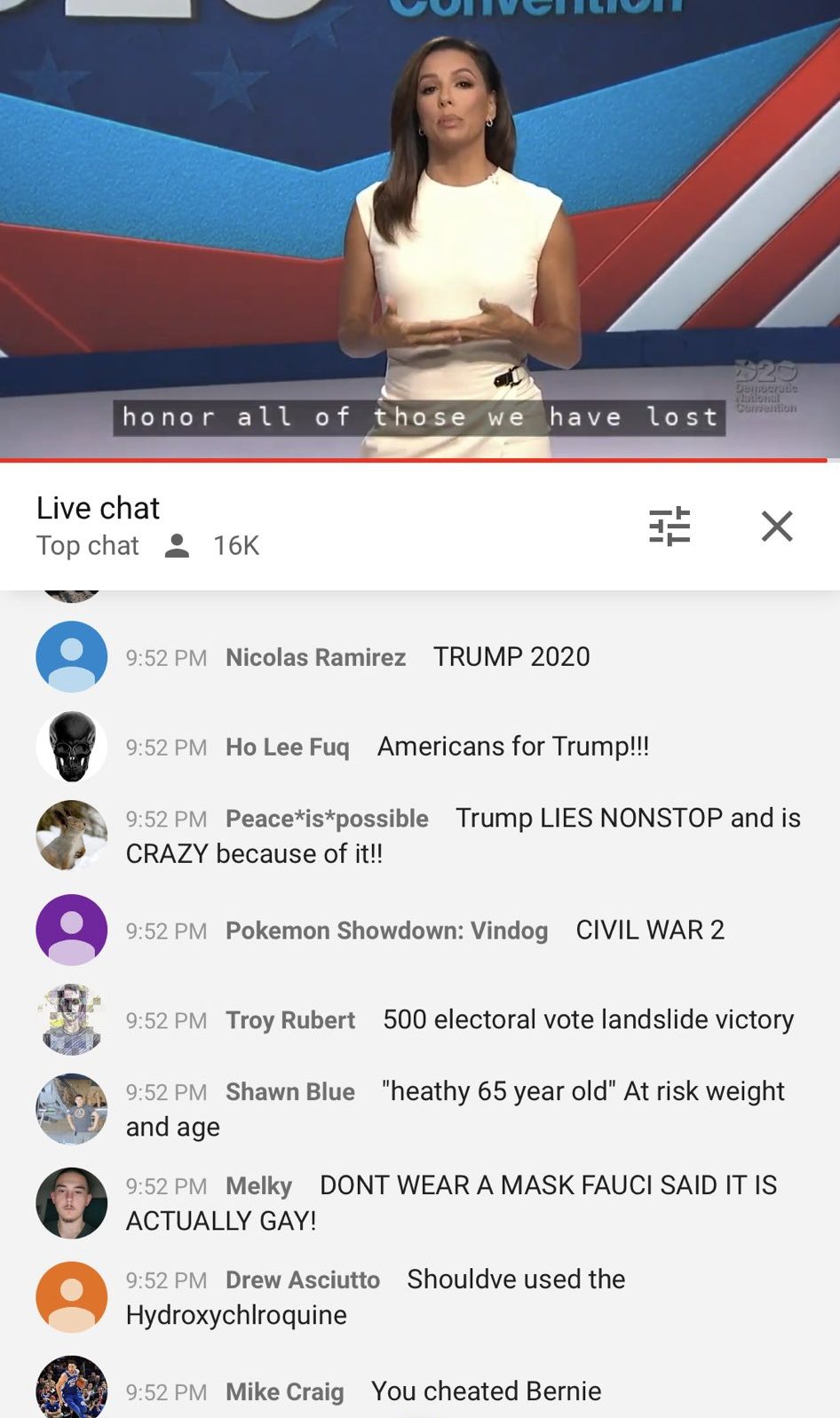 The comments were disabled midway through the livestream. A separate channel dedicated to the convention had comments turned off from the start, and had more viewers than the party’s channel. (RELATED: John Kasich To Speak For Biden At DNC)

The convention’s online format was adopted in response to the ongoing coronavirus pandemic. Originally scheduled to take place in Milwaukee, the convention moved online in June. Presumptive Democratic nominee Joe Biden is slated to officially accept his party’s nomination in Wilmington, Delaware, his hometown.