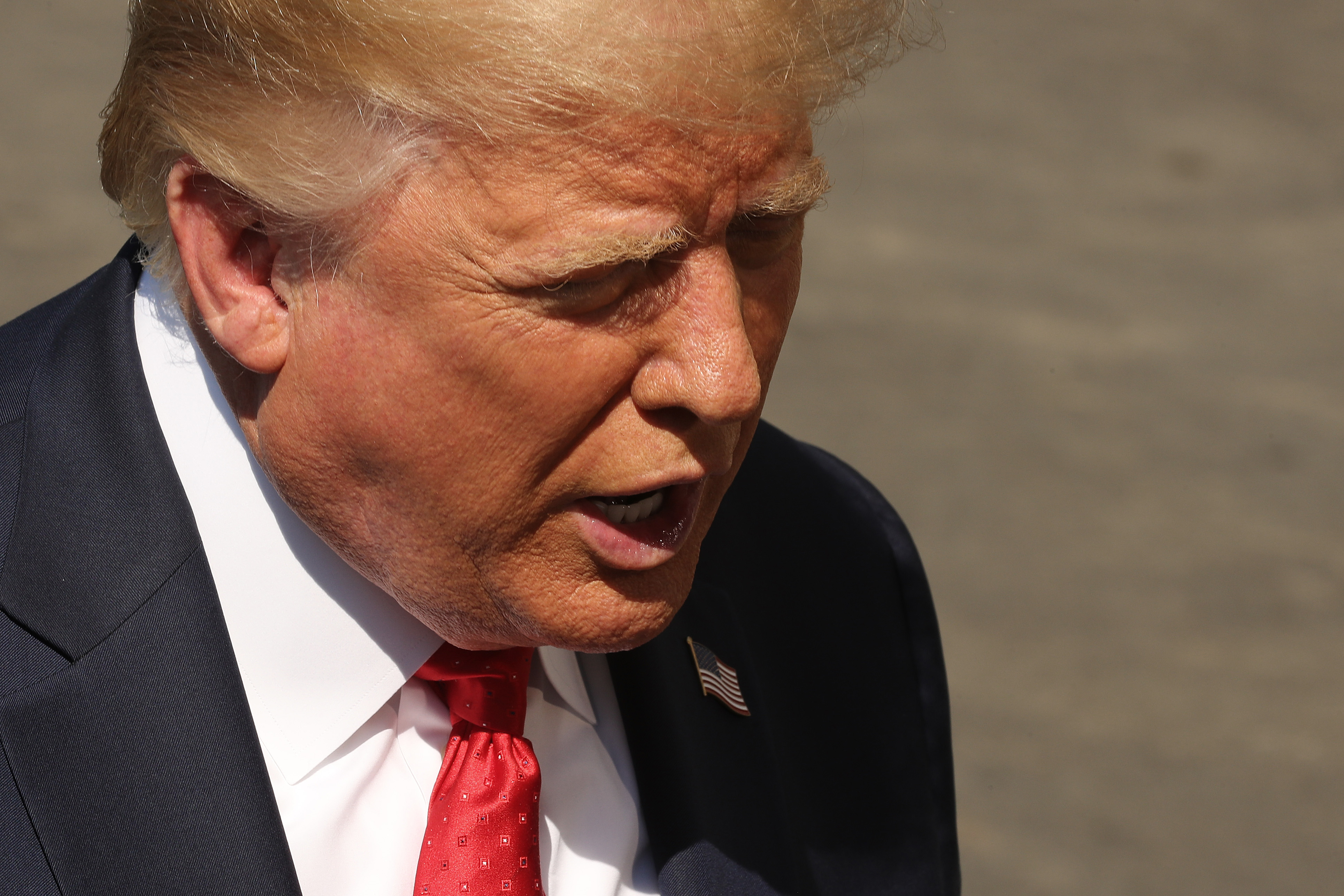 WASHINGTON, DC – AUG. 17: U.S. President Donald Trump talks to reporters as he leaves the White House for a trip to Minnesota and Wisconsin Aug. 17, 2020 in Washington, DC. Trump said he may travel to Iowa to survey damage from last week’s powerful storms and that a memorial service will be held at the White House for the president’s younger brother, Robert Trump, who died last week. (Photo by Chip Somodevilla/Getty Images)

The announcement came in the form of an ad commissioned by Republican Voters Against Trump, in which he claims to have seen first-hand a number of instances showing Trump is “actively doing damage to our security.” (RELATED: For The First Time In Over A Year, CNN’s Poll Has Trump Neck-And-Neck With Biden — Both Nationally And In Battleground States)

In particular, Taylor accuses Trump of wanting to block California wildfire aid on the grounds that the state backed former Secretary of State Hillary Clinton during the 2016 election and also of seeking to actively expand the separation of families by DHS officials. (RELATED: Biden Leads Trump By 12, According To ABC News Poll)

NEW: Testimonial ad from Trump’s Former DHS Chief of Staff @MilesTaylorUSA, declaring his support for Joe Biden and describing Trump’s presidency as “terrifying” and “actively doing damage to our security.”

Taylor also wrote Monday about his time at DHS in an op-ed for the Washington Post titled, “At Homeland Security, I saw firsthand how dangerous Trump is for America.”

“Like many Americans, I had hoped that Donald Trump, once in office, would soberly accept the burdens of the presidency — foremost among them the duty to keep America safe. But he did not rise to the challenge,” he opened. “Instead, the president has governed by whim, political calculation and self-interest.”

Taylor claimed that Trump’s first term in office have “been dangerously chaotic,” and added that “four more years of this are unthinkable.”

Taylor, the Trump campaign and DHS did not respond to Daily Caller’s inquiries by press time.