New York City put homeless individuals into hotels in a bid to slow the spread of coronavirus in the spring. Now the city is set to move those individuals out of hotel rooms and back into homeless shelters, according to a Politico report published Monday.

Democratic New York City Mayor Bill de Blasio did not say when the move would begin. He reportedly explained that the city is working on a plan following complaints from residents in some neighborhoods about the effects of having homeless people housed in local hotels, according to Politico. (RELATED: Homeless New Yorkers Find Shelter In Top-Of-The-Line Hotels, Taxpayers Footing The Bill)

“As the health situation has continued to improve, we’re going to start the process of figuring out where we can get homeless individuals back into safe shelter facilities, and reduce the reliance on hotels,” de Blasio said, according to Politico. “Hotels [are] certainly not where we want to be in general, and we’re going to start that process immediately.” 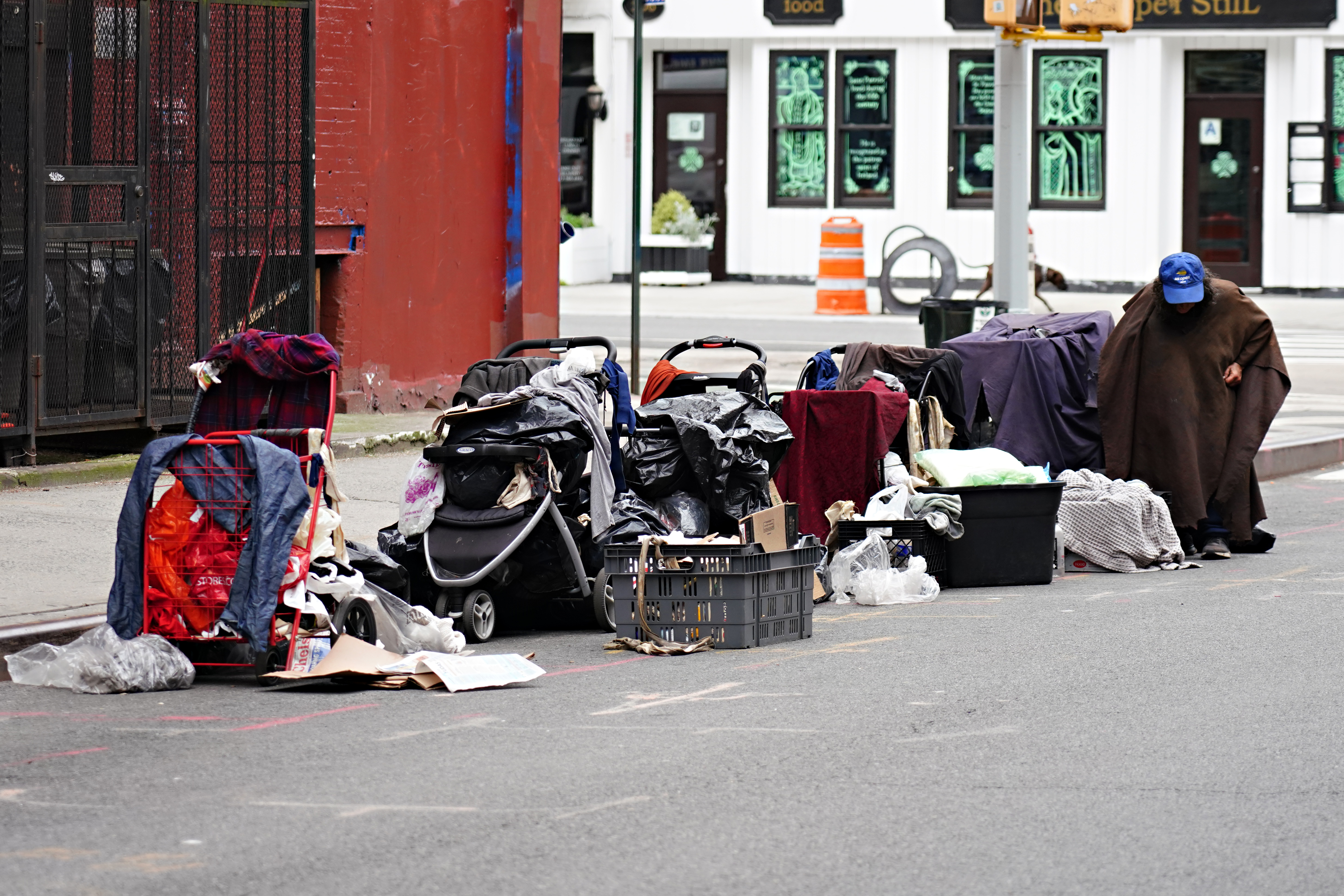 NEW YORK, NEW YORK – MAY 24: A homeless person sits with their belongings on the street during the coronavirus pandemic on May 24, 2020 in New York City. COVID-19 has spread to most countries around the world, claiming over 343,000 lives with over 5.3 million infections reported. (Photo by Cindy Ord/Getty Images)

Earlier in August, de Blasio originally suggested keeping homeless individuals in hotels until a vaccine was available, according to the report. “It’s a matter of months until there’s a vaccine and the crisis is over-then we’re going to bring people back into the shelter system out of those hotels,” he said.

Following a barrage of complaints from city residents, the mayor changed his tune, saying the process of putting people back into shelters would begin immediately.

“What happened, again, was a crisis that forced us to have to use hotels. We’re now starting the process of reducing the reliance on hotels,” he said, according to Politico.

Midtown Manhattan has more than a dozen hotel-turned-homeless-shelters, the most in the city, according to an exclusive report from NY1.

Many residents have complained, saying they’ve experienced “aggressive physical and verbal behavior,” according to the same report.

In a letter from one local community board, there are multiple complaints of drugs and violence marring the streets.

“We have also received reports of public intoxication and narcotics use. The residents of the block often observed shelter residents not wearing masks or maintaining social distance, loitering, littering, and getting into verbal altercations. One neighbor reported he was mugged by a shelter resident,” the letter reads, according to NY1.

Meanwhile, some residents of the Upper West Side are also complaining of the effects of homeless hotels, with local Michele McDowall saying “it doesn’t feel safe anymore,” after allegedly being offered crack by a pair of homeless men on the street, according to the New York Post.

At the luxury Belleclaire on Broadway and the Lucerne on West 79th Street, homeless mentally ill individuals, recovering drug addicts and registered sex offenders are among those sheltered in hotels, with ten sex offenders staying in the Belleclaire, according to the same report.

In a bid to capture the dangerous activities taking place on the streets, residents have formed a neighborhood safety group called Upper West Siders for Safer Streets, which documents the activities, according to NBC 4.

“Sometimes I go running in the morning and I’ll see, frankly, needles on the ground,” said Alison Morpurgo, a member of the group, according to NBC 4.

There are more than 100 hotels being used for homeless shelters, according to a NY1 report published June 25.