“My administration is very grateful for the additional flexibility that this effort would have provided, but South Dakota is in the fortunate position of not needing to accept it,” Noem wrote in a weekend statement. “South Dakota’s economy, having never been shut down, has recovered nearly 80% of our job losses. South Dakota is the only state in the nation that didn’t have extended benefits kick in because our insured unemployment rate has been the lowest in the nation.”

The governor further noted that South Dakota has “the third best housing construction market in the country.” (RELATED: For The First Time In Over A Year, CNN’s Poll Has Trump Neck And Neck With Biden — Both Nationally And In Battleground States)

“Many businesses are looking to relocate to South Dakota because of the decisions we made during the pandemic,” she continued. “South Dakota is open for business – that applies to our business owners and their employees.” 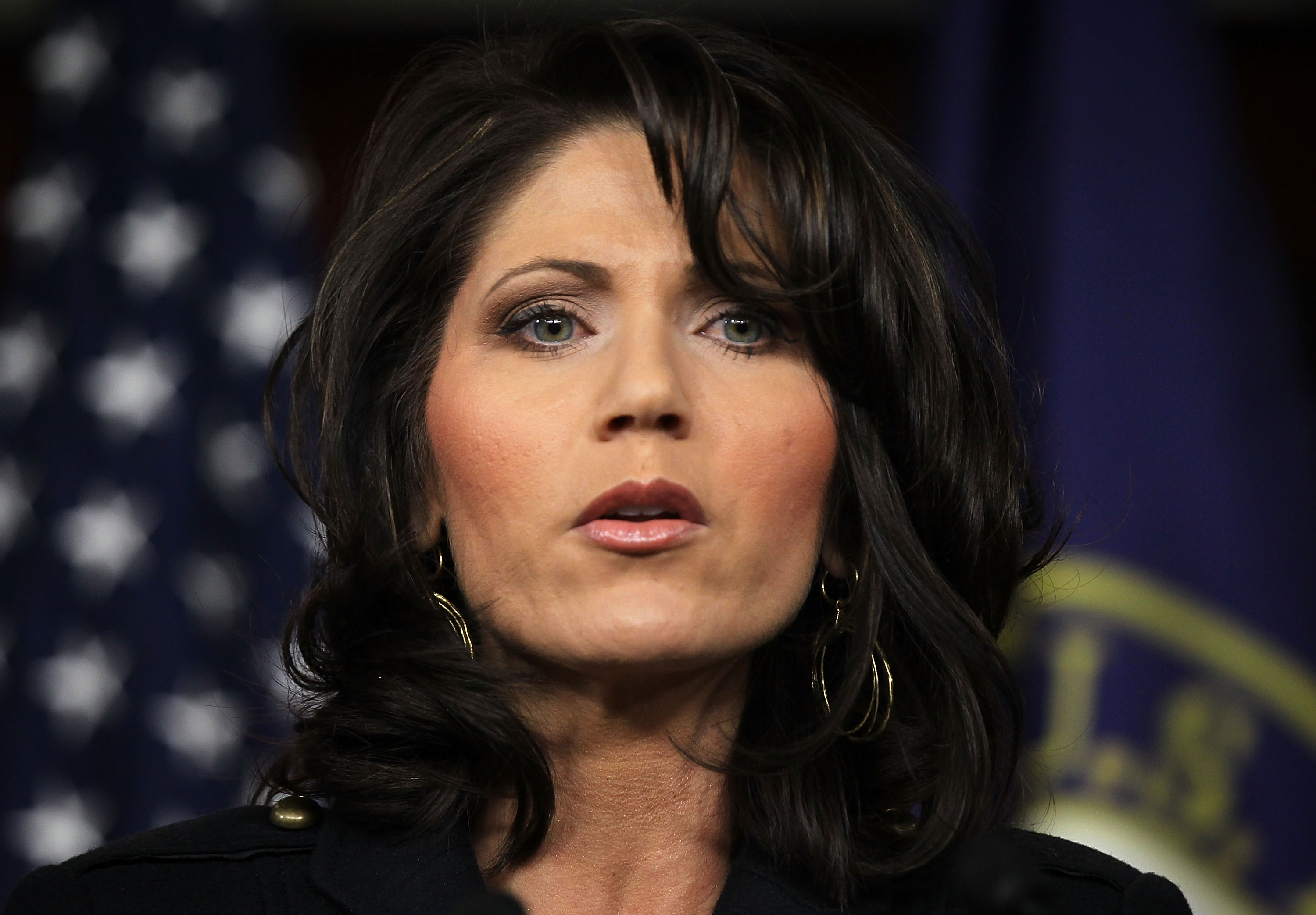 WASHINGTON, DC – FEBRUARY 03: U.S. Rep. Kristi Noem (R-SD) speaks during a news conference February 3, 2012 on Capitol Hill in Washington, DC. Noem spoke at the news conference along with House GOP leaders to discuss issues related to jobs and responded to the latest unemployment figure, a rate of 8.3 percent, the lowest in three years, that was released this morning. (Photo by Alex Wong/Getty Images)

South Dakota has by far been one of the states least impacted by the coronavirus pandemic, and as Trump pushes states to reopen schools and other businesses in the fall, Noem has emerged as one of his most ardent supporters.

In July, she stated her intention to reopen schools for fall semester without a mask mandate.

“I want to remind you the transmission rate between children of this virus is very, very low,” she stated during a Fox News interview. “This is safer for our kids to be in classrooms for these teachers than being in Walmart.”

“It certainly would be challenging for a child to keep a mask on for seven-eight hours a day,” Noem continued. “So I think that every school district is approaching it differently and telling parents if your children want to wear masks they can, but we’re not going to make them.”

The White House did not respond to the Daily Caller by press time when asked if additional states might opt out of the president’s expanded unemployment insurance offer.