A hiker was rescued in the middle of a New Mexico forest Sunday after being stranded for two weeks and without food for more than a week.

The unidentified man was first discovered Saturday in the middle of the Santa Fe National Forest by a man, John Utsey, who was on a hike with his children, CBS affiliate KRQE News reported. At one point, Utsey called after his daughter who he lost sight of, but in response he heard the stranded hiker call back.

“I couldn’t see her but she had gone the right way. Then, I heard somebody else answer from way off the trail,” said Utsey, according to KRQE. (RELATED: ‘I Think We Should Move Now’: Hiker Has Dangerously Close Encounter With Black Bear)

They soon located the man who was in poor condition about 600 yards down a hill and off the trail near a creek, KRQE reported. He told Utsey that he had been there for 14 days. 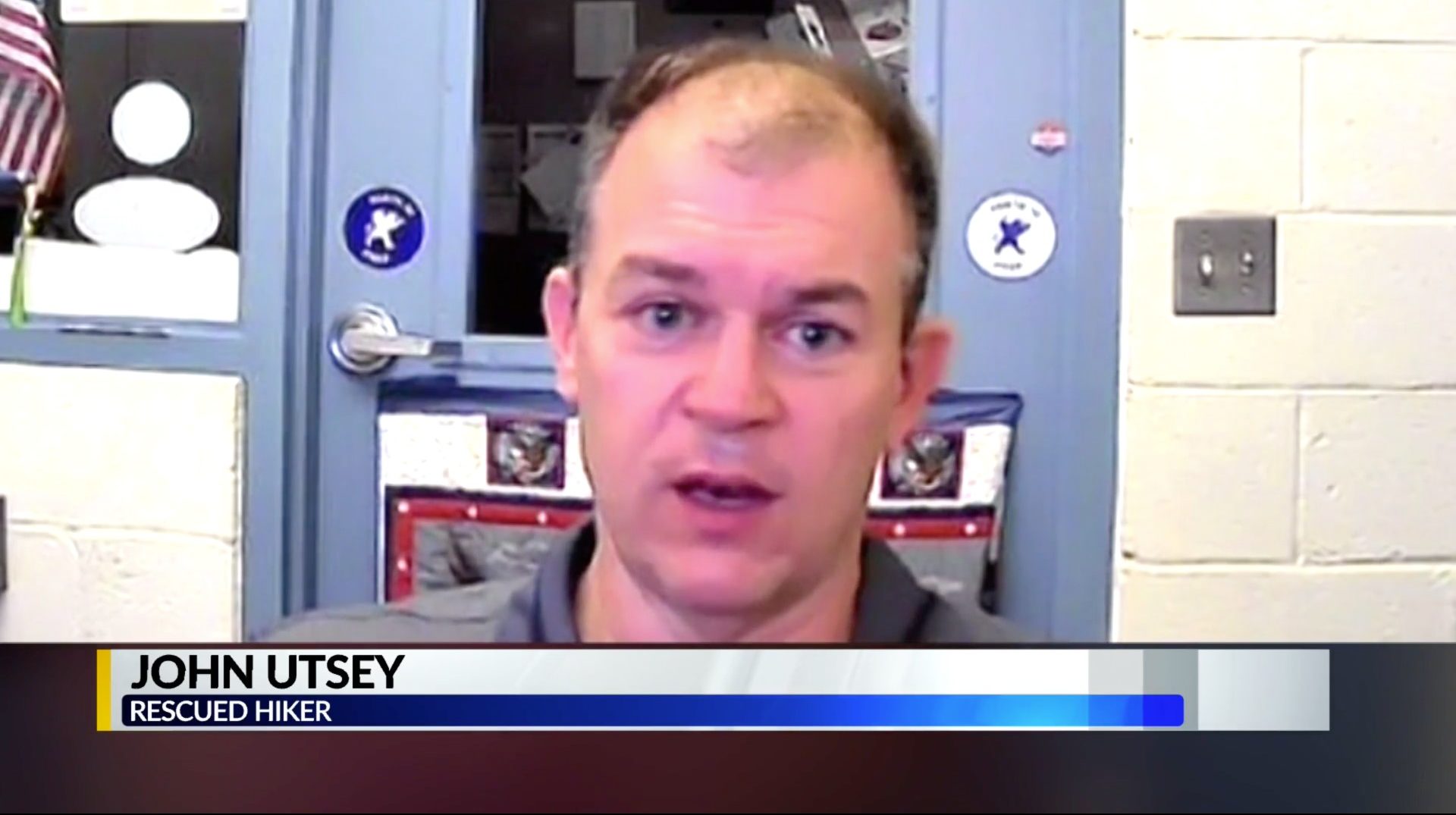 John Utsey, who rescued a hiker in Santa Fe National Forest over the weekend, speaks during a news interview. (Video Screenshot/KRQE News)

“He was lying beside a creek–his legs didn’t–he couldn’t stand, he couldn’t move; he was delirious. So he wasn’t making much sense,” Utsey said, according to KRQE.

“His lips were all chapped to the point they were bleeding. His tongue was swollen; he was super gaunt and skinny. I was like, this guy really needs help.”

Out of cellular range, the man and his kids gave the man food and water then hiked three miles before calling 911, according to KRQE. The responding rescue team, however, called the search off after eight hours despite having the stranded man’s GPS coordinates. (RELATED: Hikers Visiting ‘Into The Wild’ Bus Rescued In Alaska, One Treated For Frostbite)

Utsey decided to return to the spot himself on Sunday morning and found the man in the same spot, according to KRQE. He called 911 again and waited several hours before they showed up.

“Never had we found somebody who had been out for that long,” said Captain Nathan Garcia of the Santa Fe Fire Department, KRQE reported. “It’s hard to say. The human body can do some amazing things sometimes but I don’t think he had very much left in him. He seemed kind of at the end when we did actually encounter him.”

The stranded man, who was an experienced hiker, had survived by drinking water from the stream, according to KRQE. He is currently at Santa Fe hospital recovering, the outlet reported.