Biden gave her speech in a high school classroom where she once taught in the 1990s and spoke about how COVID-19 has affected education across America, The New York Times reported. Despite her experience as second lady, former Vice President Joe Biden’s wife appeared to try and use her own experiences to push for voters to choose her husband.

She noted how her husband, the 2020 Democratic presidential nominee, was in tune with the struggles Americans are facing amid a global pandemic. Biden’s speech did not just impress fellow Democrats, as Graham wrote that she “did a very good job representing herself and Joe in the causes they believe in.”

“She’s an outstanding person who has led a consequential life,” Graham added.

Tonight, Jill Biden did a very good job representing herself and Joe in the causes they believe in.

She’s an outstanding person who has led a consequential life. 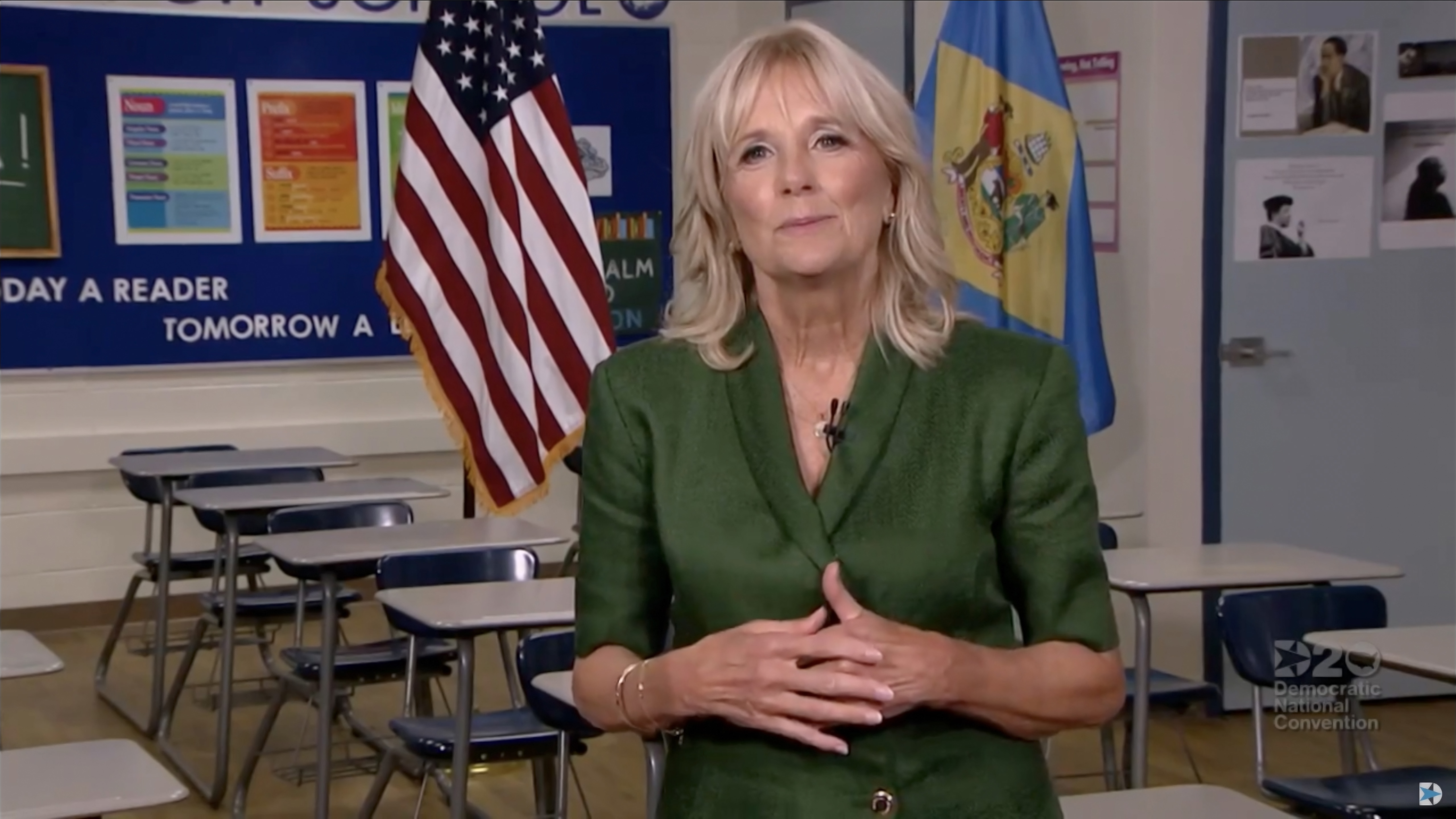 In this screenshot from the DNCC’s livestream of the 2020 Democratic National Convention, Former U.S. Second Lady Dr. Jill Biden addresses from a classroom the virtual convention on August 18, 2020. (Handout/DNCC via Getty Images)

Biden promoted her husband as a man who can “make a nation whole” and took a different route than other speakers, opting not to mention President Donald Trump, CNBC reported. (RELATED: Clinton, Carter Say Biden Has The ‘Integrity And Judgement’ To Undo Trump’s ‘Watching TV And Zapping People On Social Media’)

“There are those who want to tell us that our country is hopelessly divided, that our differences are irreconcilable,” she said. “But that’s not what I’ve seen over these last few months. We’re coming together and holding on to each other. We’re finding mercy and grace in the moments we might have once taken for granted.

“We’re seeing that our differences are precious and our similarities are infinite. We have shown that the heart of this nation still beats with kindness and courage. And that’s the soul of America that Joe Biden is fighting for now.”