Speaking at the DNC, Obama said Americans “watch in horror as children are torn from their families and thrown into cages.”

However, the Obama-Biden administration built the facilities used to house children at the border. Further, calling the facilities “cages” is misleading and a distorted version of the truth, per the AP.

The so called “cages” are actually chain-link enclosures inside border facilities where migrants are temporarily housed and separated by sex and age, according to the report. 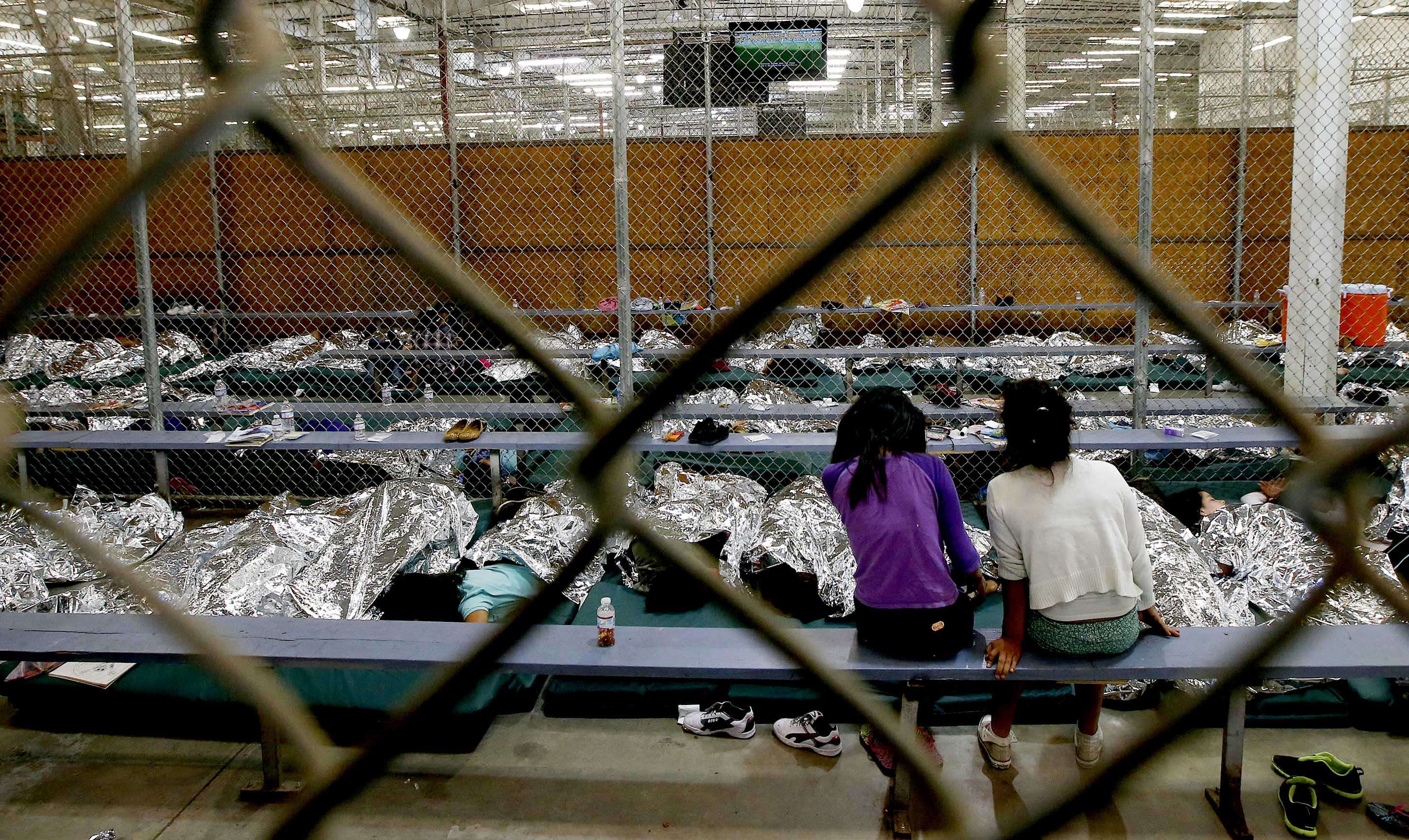 Two young girls watch a World Cup soccer match on a television from their holding area where hundreds of mostly Central American immigrant children are being processed and held at the U.S. Customs and Border Protection Nogales Placement Center in Nogales, Arizona June 18, 2014. CBP provided media tours June 18 of two locations in Brownsville, Texas and Nogales that have been central to processing the more than 47,000 unaccompanied children who have entered the country illegally since Oct. 1. REUTERS/Ross D. Franklin/Pool

Trump came under widespread scrutiny following his 2018 ‘zero-tolerance’ policy at the border when a photo showing children in the enclosure began circulating. But those photos, taken by the AP, were actually taken in 2014 and showed the thousands of unaccompanied children held by President Obama, according to the AP. (RELATED: The Hill Slaps Obama-Era Photo Of Kids In Cages On Story About Trump Detention Centers)

In fact, former Obama speechwriter Jon Favreau shared the image on Twitter, captioning it “This is happening right now, and the only debate that matters is how we force our government to get these kids back to their families as fast as humanly possible”, mistakenly believing they were from the Trump administration, according to Business Insider. He later deleted the tweet with the correction.

Former Director of the White House Domestic Policy Council Cecilia Muñoz blamed the photos on a spike in migrants in an interview with NPR.

“In 2014, we saw an enormous spike compared to what usually happens every year, in the number of kids crossing alone into the United States,” she said. “And we didn’t have enough shelter facilities, because we had this huge increase, so kids ended up piling up in Border Patrol lock-ups, which are no places for children.”

However, she was correct in stating children were separated from their parents at the border.

Under the Obama administration. children were separated from their families under limited circumstances such as a safety risk or if the parent had a criminal history, but these separations were only temporary, according to the report.

However, under Trump’s “zero-tolerance” policy, all adult migrants that crossed the border illegally were prosecuted, with no exception for asylum seekers or those with minor children, according to the Federation of American Scientists. As a result, families were separated since those charged were detained in federal criminal facilities where children are not permitted.