The New York Times published an op-ed Tuesday from a longtime former postal service regulator who urged Americans to stay calm amid a conspiracy theory surrounding the USPS.

The conspiracy suggests that the Trump administration is tampering with post office collection boxes in an effort to suppress votes leading up to the 2020 election. Despite evidence against it, some prominent Democrats, Trump critics and celebrities have spread the claim.

“I served as a regulator of the Postal Service for nearly 18 years under three presidents and I urge everyone to be calm,” Ruth Y. Goldway, retired chairwoman and commissioner of the U.S. Postal Regulatory Commission, wrote in the op-ed.

“Don’t fall prey to the alarmists on both sides of this debate. The Postal Service is not incapacitated. It is still fully capable of delivering the mail. The focus of our collective concerns should be on how the Postal Service can improve the speed of delivery for election mail.”

Goldway reiterated what many have noted – that despite threats from President Donald Trump on withholding funds, the USPS’ own forecast predicts it has enough money to run into 2021. A lot of the financial issues with the USPS come because less people are using first-class mail, according to Goldway.

“But the service’s expensive, overbuilt infrastructure can absorb the addition of more mail in 2020 — including election mail that is mailed to and sent back by every voter in every state,” she wrote. (RELATED: WSJ Editorial Board Condemns ‘Evidence-Free Conspiracy Theory’ About USPS Being Pushed By Democratic Leadership) 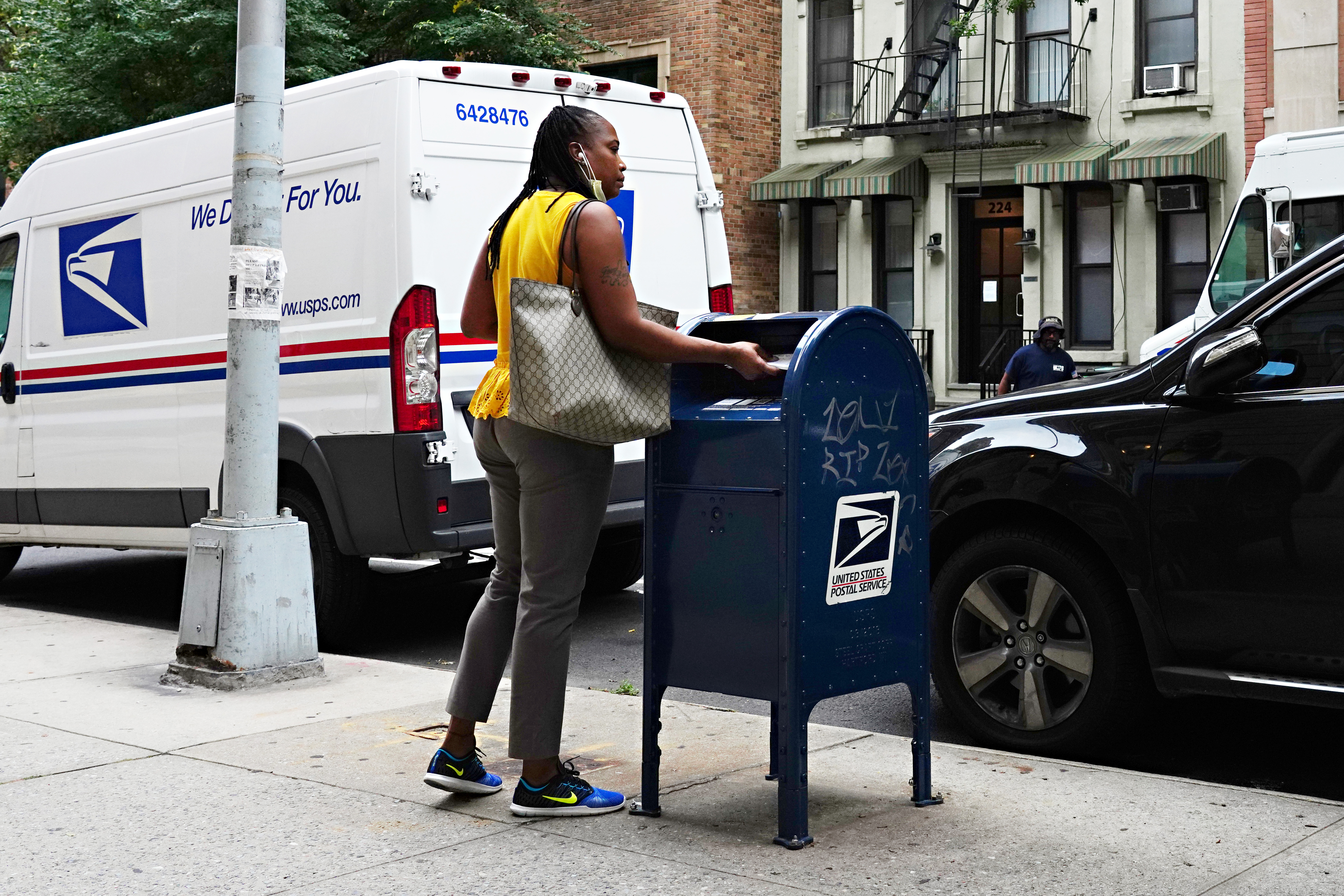 A woman wearing a protective mask at her chin uses a USPS mailbox as the city continues Phase 4 of re-opening following restrictions imposed to slow the spread of coronavirus on August 17, 2020 in New York City. (Cindy Ord/Getty Images)

Thomas J. Marshall, the Postal Service’s general counter, sent a letter to election officials that “seems to suggest that election mail will now be treated like regular nonprofit mail (typically three to 10 days for delivery) and may take as long as 15 days,” Goldway wrote. She condemned this notion.

“This is not acceptable,” she added, writing that the service is able “to ensure that ballots sent to voters arrive on time and that ballots dropped into the system by voters are postmarked and delivered in times that accord with state and local guidelines.”

“In their meeting with Congress next week, the leaders of the Postal Service should guarantee that election mail will continue to be treated as first-class mail,” the op-ed reads. “The Congress should agree that there will be no additional financial support for the Postal Service without this promise.”

“But state and local election officials must also recognize the possibilities of delays and plan for earlier mailings so there will be more days for ballots to be returned. Voters must be reminded to send in requests for ballots, change of address, voter registration forms and especially filled-out ballots as early as possible.”

Goldway ended by noting that “Americans must continue to support the Postal Service.” This can be done by “using its vote-by-mail services to save lives now and to protect our democracy in the future,” according to Goldway.