The Senate Committee on Homeland Security and Governmental Affairs announced Tuesday that it will hold a hearing Friday with Postmaster General Louis DeJoy.

The announcement comes as DeJoy’s actions at the United States Postal Service have been called into question by Democrats in both chambers of Congress, according to The Washington Post. 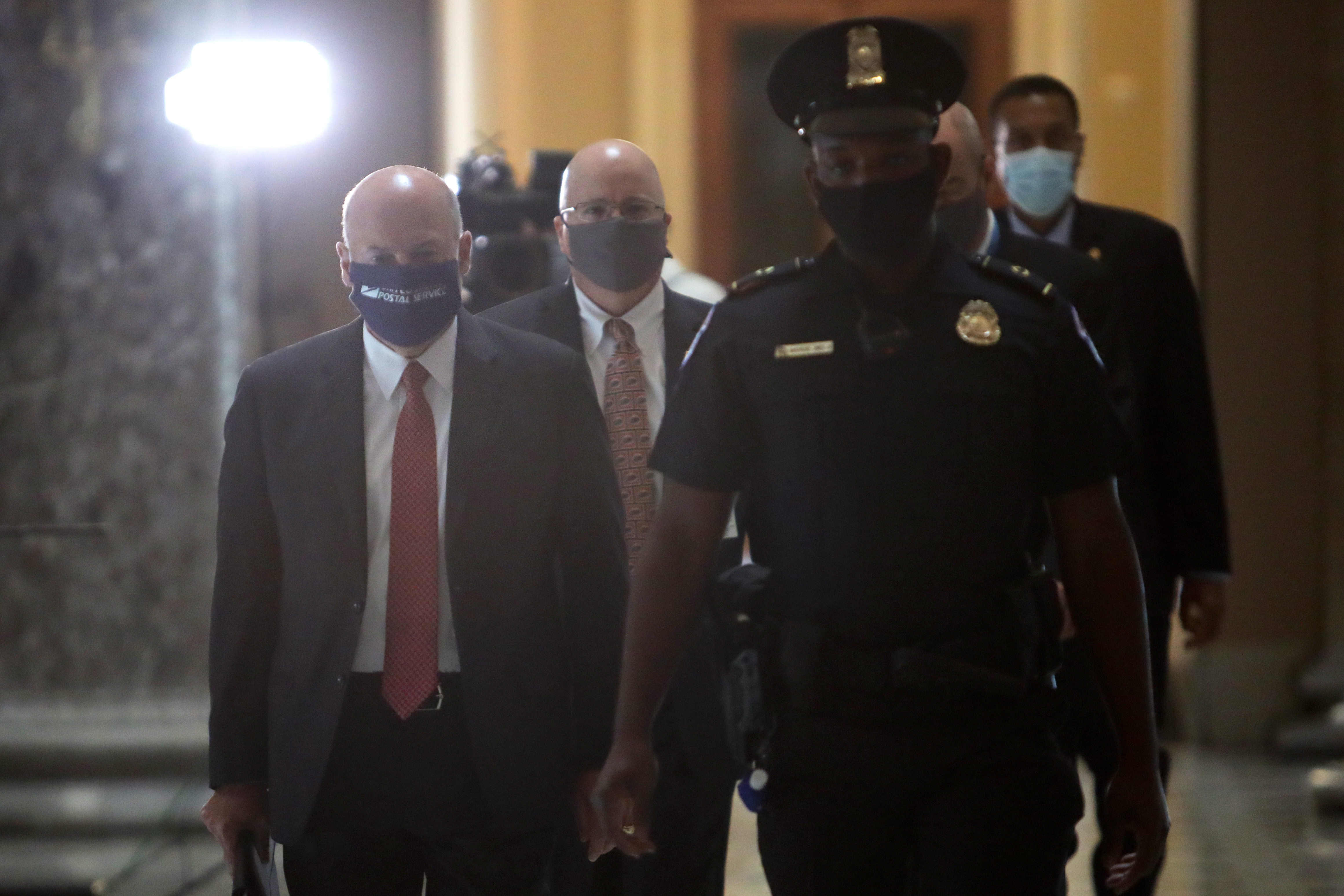 WASHINGTON, DC – AUGUST 05: U.S. Postmaster General Louis Dejoy (L) arrives at a meeting at the office of Speaker of the House Rep. Nancy Pelosi (D-CA) at the U.S. Capitol August 5, 2020 in Washington, DC. Negotiations between Treasury Secretary Steven Mnuchin, Speaker of the House Rep. Nancy Pelosi, Senate Minority Leader Sen. Chuck Schumer and White House Chief of Staff Mark Meadows for an agreement on how to move forward on a new relief package to help people and businesses weather the COVID-19 pandemic continue today at the U.S. Capitol. (Photo by Alex Wong/Getty Images)

At the same time, USPS, DeJoy and President Donald Trump are facing a slew of lawsuits alleging they are disrupting USPS service ahead of mail-in voting in the general election.

16 plaintiffs sued the administration Monday in New York’s Southern District, claiming that Trump and DeJoy’s actions are “holding up necessary funding for the Post Office.”

A group of 10 Democratic state attorneys general are preparing a similar lawsuit, which they say could prevent DeJoy from carrying out planned cuts to USPS heading into November.

The White House has argued that the lawsuits are “politically motivated” and not actually rooted in guaranteeing the “power of the vote.”

“As part of recent negotiations, the President offered $10 billion for the Postal Service on top of a $10 billion dollar line of credit which was included in the CARES Act,” White House deputy press secretary Sarah Matthews told the Daily Caller on Monday. “While Democrats are spreading baseless conspiracy theories about the Trump administration’s assistance to the USPS to score political points, President Trump will continue to work to ensure the security and integrity of our elections.”

The president himself has said that though he prefers additional USPS funding be included in a coronavirus stimulus package, he would sign off on emergency funding in a series of skinny bills if Congress can’t reach an accord on another package.