Law enforcement officers have made nearly 1,500 arrests, including 90 homicide arrests, and charged 207 individuals with federal crimes across 9 major U.S. cities since the Department of Justice (DOJ) rolled out Operation Legend in early July, according to a Wednesday statement from Attorney General William Barr.

The Bureau of Alcohol, Tobacco, Firearms and Explosives (ATF) has also seized nearly 400 firearms in this time period as well. Nearly half of the federal charges levied have been for federal gun crime offenses thus far.

More than 1,000 federal law enforcement officers have been dispatched to Operation Legend cities, and $78.5 million has been made available to local and state law enforcement partners in the form of grants and other funds. These funds can be used to hire more police officers and prosecutors, or to invest in better technologies and methods to help crack more cases, Barr said in a press conference in Kansas City, Missouri.

Operation Legend is named after LeGend Taliferro, a four-year-old murder victim who was shot in the face while sleeping in his own bed in the early-morning hours of June 29. LeGend’s hometown of Kansas City, Missouri was the initiative’s flagship city, and the federal government has dispatched 185 federal law enforcement officers from the Federal Bureau of Investigation (FBI), Drug Enforcement Agency (DEA), ATF, and U.S. Marshals Service to Kansas City thus far. 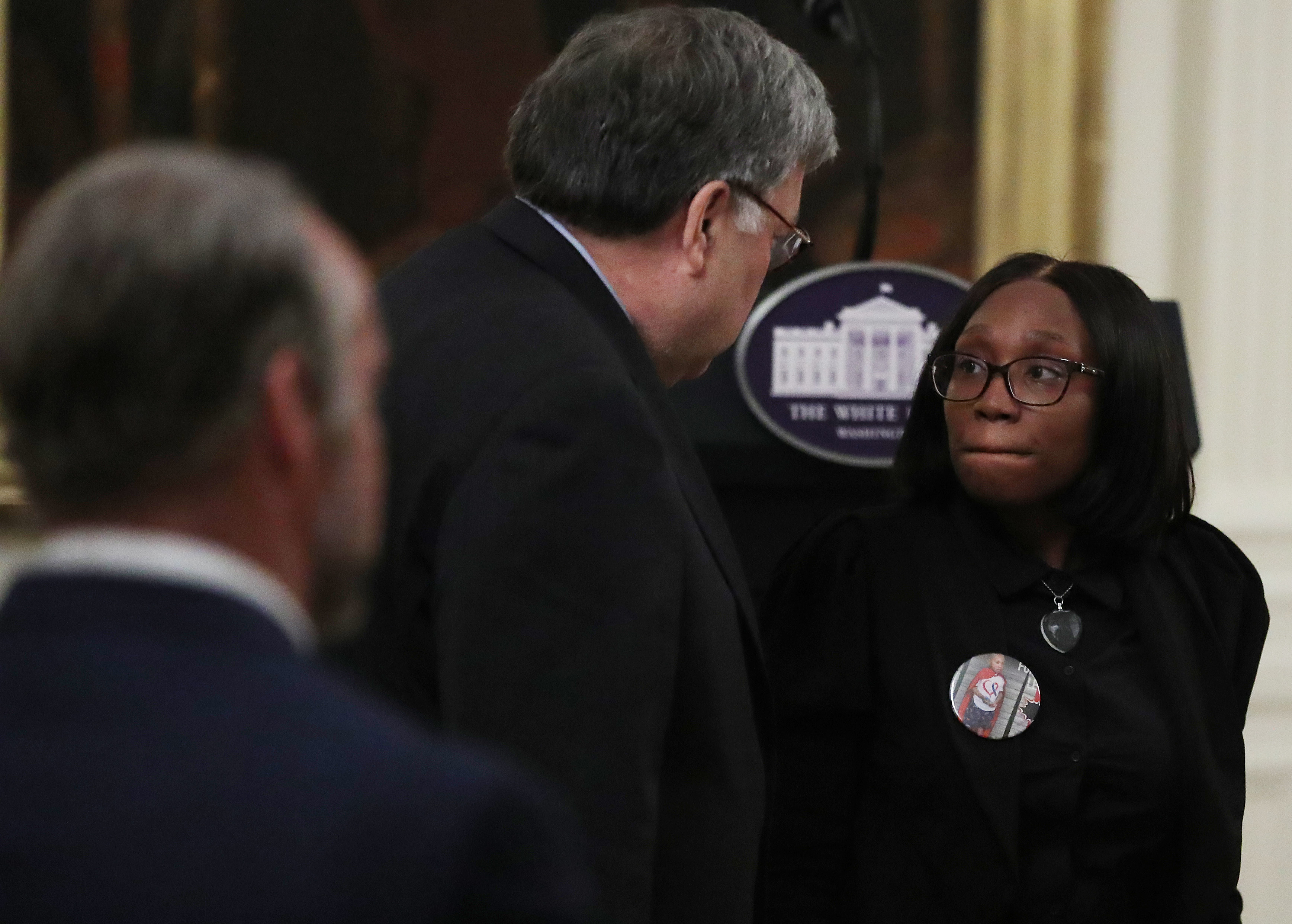 “For us, LeGend is a symbol of the many hundreds of innocent lives that have been taken in the recent upsurge of crime in many of our urban areas. His life mattered, and the lives of all of those victims matter,” said Barr. “His name should be remembered, and his senseless death, like those of all the other innocent victims in this recent surge, should be unacceptable to all Americans.” (RELATED: ‘This Operation Is Personal To Us’: LeGend Taliferro’s Mother Asks Communities To Support Operation Legend)

A Jackson County prosecutor announced last week that LeGend’s suspected killer, Ryson Ellis, 22, has been arrested and charged with second-degree murder, unlawful use of a weapon, and two counts of armed criminal action. LeGend’s alleged killer is 1 of 18 homicide arrests made in the last four weeks according to US Attorney for the Western District of Missouri Tim Garrison, per Barr in his press conference. Those four weeks also saw the seizure of 78 illegal firearms, and more than 20 gun-related federal criminal charges. (RELATED: Police Arrest Suspected Killer Of 4-Year-Old Who Operation Legend Was Named After)