Professors from Princeton University, Harvard Business School and other colleges are taking precautions to shield students from the Chinese government, The Wall Street Journal reported Wednesday.

Assistant professor Rory Truex of Princeton will have students for his Chinese politics class use code names to ensure they aren’t connected to discussions or opinions that the Chinese government could find objectionable, according to the WSJ.

Chinese lawmakers unanimously voted to enact a new national security law for Hong Kong on June 30, according to The Washington Post. The law allows rebellious acts, including secession and working with foreign governments, to be reported to the Chinese government. This policy has put pro-democracy activists, including students, on edge.

Under the national security law, China’s National People’s Congress and not the Hong Kong city courts, can interpret the law, according to the WSJ.

The national security law also extends to non-permanent residents or those who aren’t inside Hong Kong. After returning home to Wuhan, China, a student from the University of Minnesota was sentenced to six months in jail after posting tweets that allegedly made fun of China’s leaders, the WSJ reported.

Truex will be labeling his course information as sensitive to the Chinese government and that he will be grading students without knowing their names, the WSJ reported.(Related: Exclusive: Sen. Josh Hawley Says China’s National Security Law ‘Will Mean The End Of Democracy In Hong Kong’)

“We cannot self-censor,” Truex said, according to the WSJ. “If we, as a Chinese teaching community, out of fear stop teaching things like Tiananmen or Xinjiang or whatever sensitive topic the Chinese government doesn’t want us talking about, if we cave, then we’ve lost.” 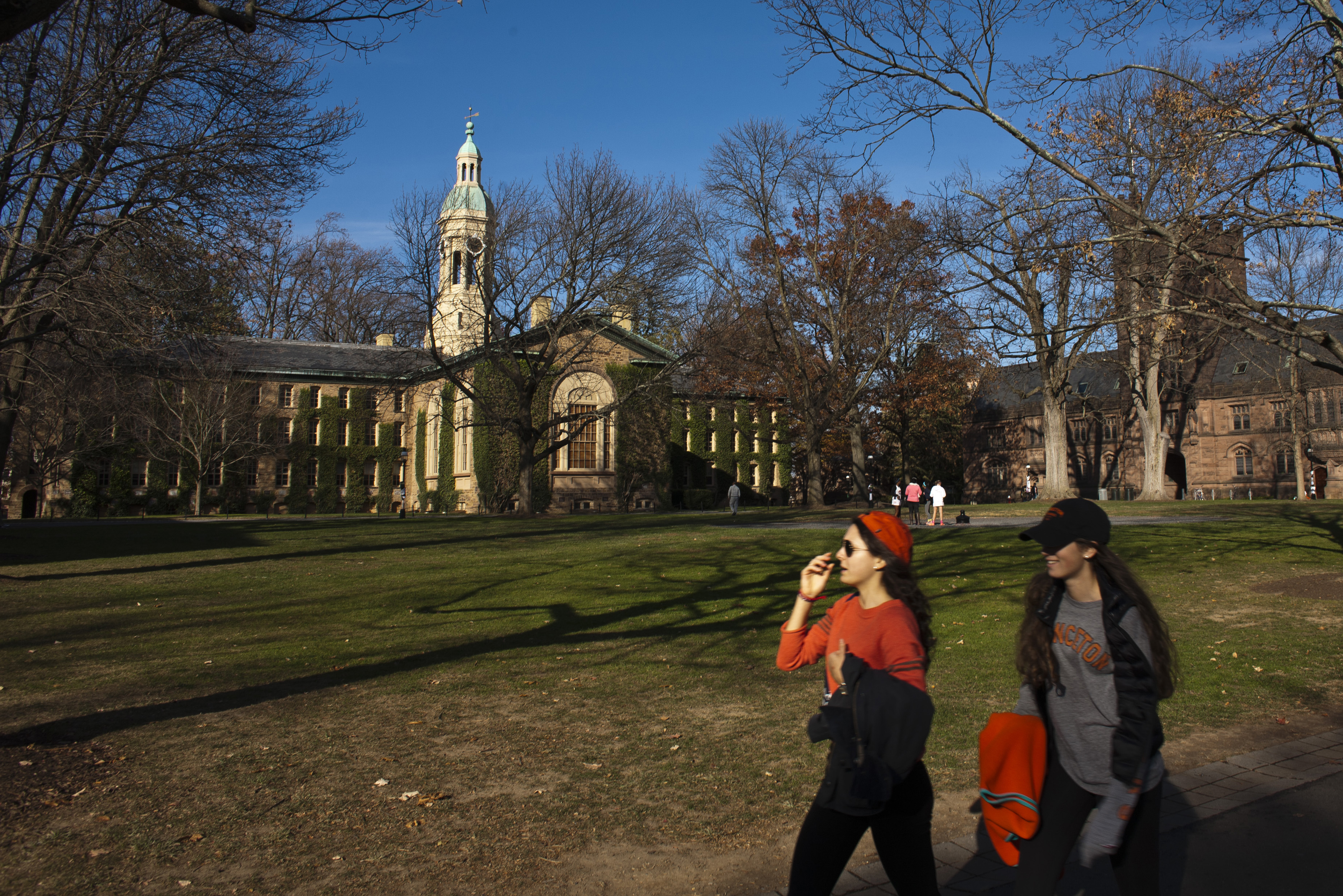 Students walk around the Princeton University campus in New Jersey, November 16, 2013. A meningitis vaccine approved for use in Europe and Australia but not in the United States can be imported to try to stop an outbreak of the disease at Princeton University in New Jersey, federal health officials said. The Food and Drug Administration agreed this week to the importation of the vaccine, Bexsero, for potential use on the Ivy League campus, Barbara Reynolds, a spokeswoman for the Centers for Disease Control and Prevention, said on Saturday. REUTERS/Eduardo Munoz (UNITED STATES – Tags: SOCIETY EDUCATION HEALTH)

Associate professor Meg Rithmire of Harvard Business School is requiring graduate students to read journals of Uighur Muslims being detained in camps in Xinjiang, China, according to the WSJ. Her course also plans to touch upon other sensitive topics, including Hong Kong.

Harvard Business School is planning to grant students an exemption if they are concerned about the consequences of discussing delicate topics, Rithmire said, according to the WSJ.

Professor Avery Goldstein of the University of Pennsylvania is planning to note his syllabus contains sensitive information, according to the WSJ. Goldstein added that if his virtual classes are compromised, it could jeopardize his or his students’ safety should they go to China in the future, the WSJ reported.

“We have to leave it up to the students whether they enroll, because it is ultimately their lives that are going to be affected,” Goldstein said, according to the WSJ. “I will make it clear that there is nothing I can do to protect them.”

Goldstein told DCNF that his previous statements “reflected [his] own views and Penn has not yet issued guidelines on the new challenges.”

Princeton’s Media Relations did not immediately respond to the Daily Caller News Foundation.

Associate Professor Meg Rithmire and Assistant Professor Rory Truex did not immediately respond to the DCNF’s request for comment.