The brother of the Manchester suicide bomber who killed 22 people was sentenced to a minimum of 55 years in prison for helping to plan the attack on an Ariana Grande concert in 2017, numerous sources reported.

Hashem Abedi, 23, was found guilty of 22 counts of murder, one count of attempted murder, and conspiring to cause explosions in March and was sentenced Thursday, the Guardian reported.

Among the people killed in the attack were Abedi’s brother Salman Abedi, 22, who detonated a suicide bomb. More than 100 people were left wounded, many of them young children attending the concert with their parents. (RELATED: Manchester Arena To Host First Concert Since Deadly Bombing)

BREAKING – Hashem Abedi has been jailed for at least 55 years for the murder of 22 people in the Manchester Arena suicide bombing, carried out by his brother Salman in May 2017. Judge said these were atrocious crimes, large in their scale, deadly in their intent. pic.twitter.com/z6ArDSw6t7

During the hearing, parents cried as they recalled the moment they discovered their loved ones had died in the attack, and many held up photos of their deceased children as they paid tribute to them and expressed their grief, according to the BBC. Abedi was not present in the courtroom after refusing to leave his prison cell.

“The motivation for them was to advance the ideology of Islamism, a matter distinct to and abhorrent to the vast majority for those who follow the Islamic faith,” Justice Jeremy Barker said according to the Guardian.

“The defendant and his brother were equally culpable for the deaths and injuries caused,” he continued.

Barker also added that had the defendant been 21 or older at the time of the rime, he would have been eligible for a whole-life sentence. 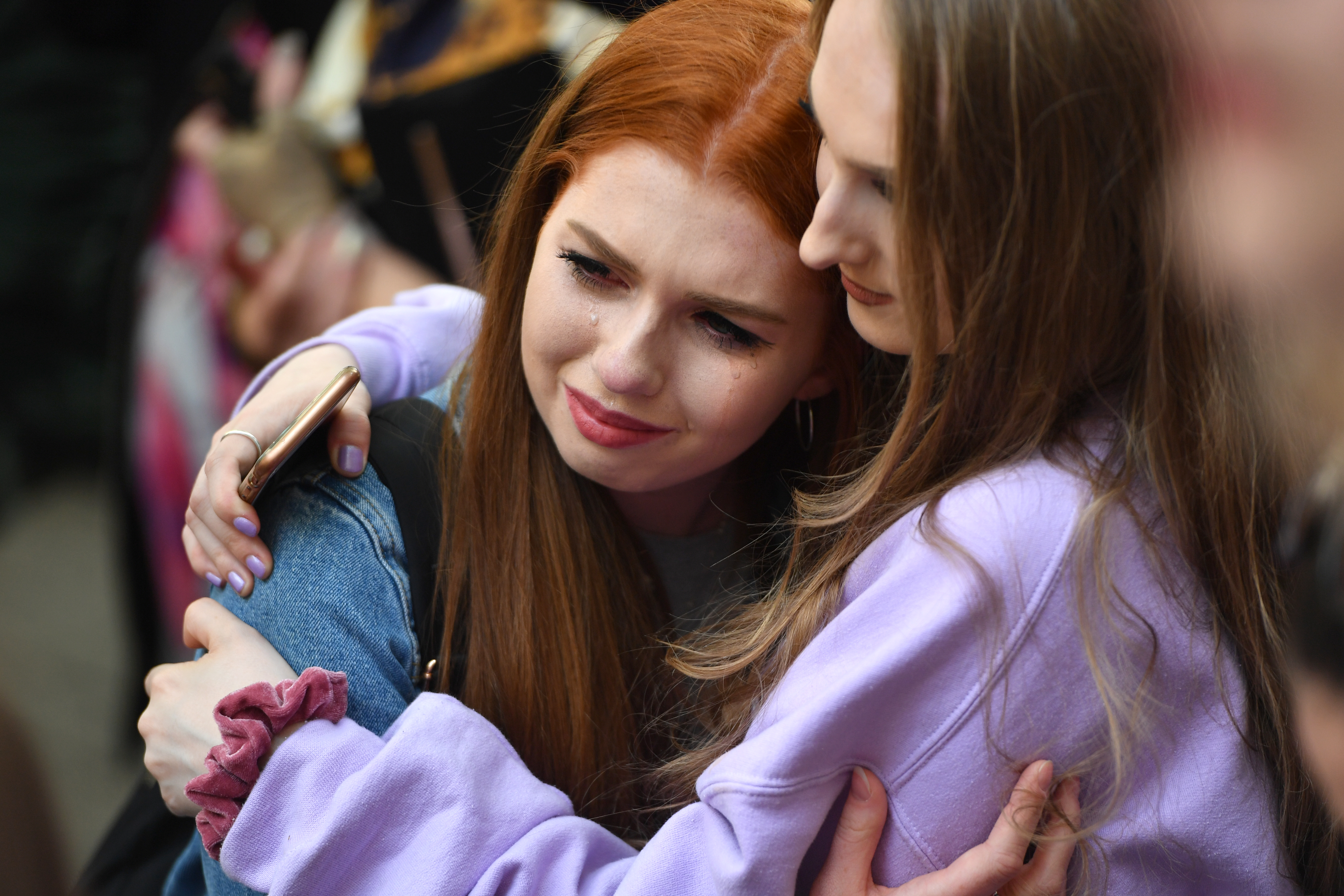 MANCHESTER, ENGLAND – MAY 22: Members of the public reacts as the Manchester Survivors Choir perform following a two minute silence in memory of the victims of the Manchester Bombing (Photo by Anthony Devlin/Getty Images)

The brothers spent months ordering and stockpiling the materials to construct the bomb and carry out the attack, including multiple mobile phones, addresses, and vehicles to prepare the bomb, according to the Guardian.

Only a month before the attack on May 22 2017, the brothers had joined their parents in Libya amid concerns they were becoming radicalized. Days before the attack, Salman returned to the UK to build the bomb and carry out reconnaissance from an apartment he rented in the city center.

Prime Minister Boris Johnson said the sentencing was an “opportunity to reflect on the importance of tolerance, community and kindness – values which are fundamental to our country, and which we saw in Manchester in the face of unimaginable tragedy,” the Guardian reported.