Democratic New York Gov. Andrew Cuomo pushed back Wednesday against a report that claims the state’s coronavirus death toll in nursing homes is being undercounted.

“And if I’m a nursing home operator, I say, ‘Don’t say that person died in my nursing home, because they didn’t,'” Cuomo said. “They died in the hospital. And if the hospital did a better job, they wouldn’t have died. So why do I get the blame for the death when it didn’t happen in my nursing home? So it depends on how you want to argue it.” (RELATED: New York Gov. Cuomo Set To Release Book On COVID-19 Response)

New York is the only state that counts just residents who died on nursing home property as nursing home deaths, leaving out those who were transported to hospitals and died there, according to the Associated Press.

The statistics show the state’s official nursing home death toll is just over 6,600, but it emerged that the state switched its counting method, according to the AP. The report also found that a separate federal count since May, included nursing home resident deaths in hospitals, was 65% higher than the comparable state count that didn’t.

The New York State Department of Health (NYSDOH) confirmed to the Daily Caller News Foundation (DCNF) that until late April, it was disclosing coronavirus deaths for all nursing home and adult care facility residents, whether or not they died at the facility or the hospital.

But in May the department made a change, telling the DCNF that they now only disclose coronavirus deaths for nursing home and  long-term care patients that died while physically present at their facility.

New York’s coronavirus tracker “currently does not include out of facility deaths,” NYSDOH spokeswoman Jill Montag told the DCNF. “Deaths of nursing home and adult care facility residents that occurred at hospitals is accounted for in the overall facility data on our COVID-19 tracker.” 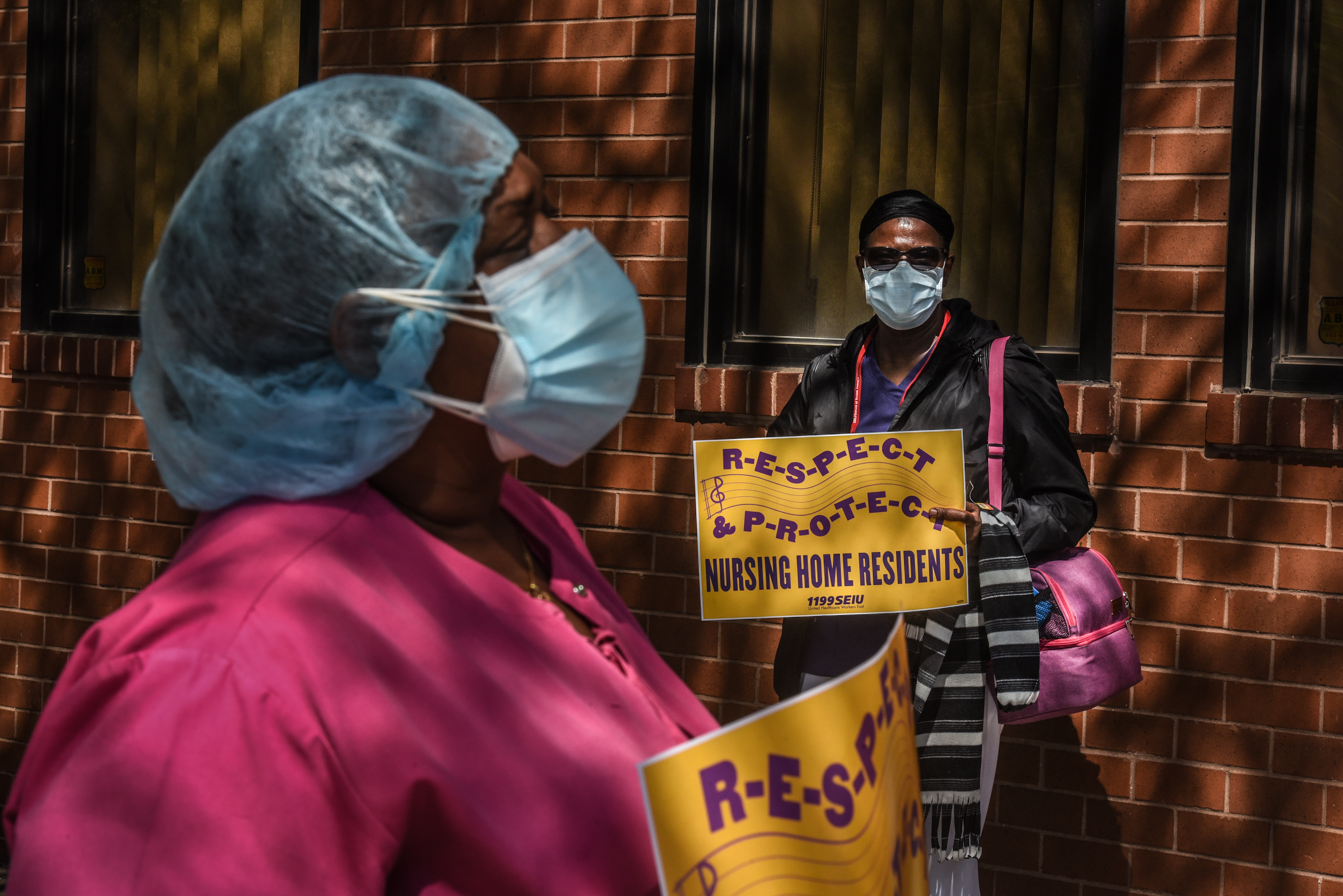 NEW YORK, NY – MAY 21: Nursing home workers hold a vigil outside of the Downtown Brooklyn Nursing and Rehabilitation Center on May 21, 2020 in the Brooklyn borough in New York City. Nursing home workers are advocating for hazard pay, better access to personal protective equipment and respect from their employers, said a representative from the Healthcare Workers Union. (Photo by Stephanie Keith/Getty Images)

“That’s a problem, bro,” state Democratic New York State Sen. Gustavo River told New York Health Commissioner Howard Zucker during a legislative hearing on nursing homes, according to the AP. “It seems, sir, that in this case you are choosing to define it differently so that you can look better.”

Cuomo ordered nursing homes and other long-term care facilities to accept patients from hospitals who had tested positive for the virus on March 25 and rescinded the order in May. However, experts say the policy led to a higher level of death among nursing home residents.