A Portland man was arrested Tuesday after he allegedly struck a federal agent with a wooden baseball bat during a riot in July.

Dakotah Ray Horton, 24, was charged for assaulting a U.S. Marshal with a bat while the officer knelt down to assist an arrest, according to a Department of Justice press release. The alleged incident occurred on July 27 near the Mark O. Hatfield federal courthouse, Attorney General William Barr said in the release. 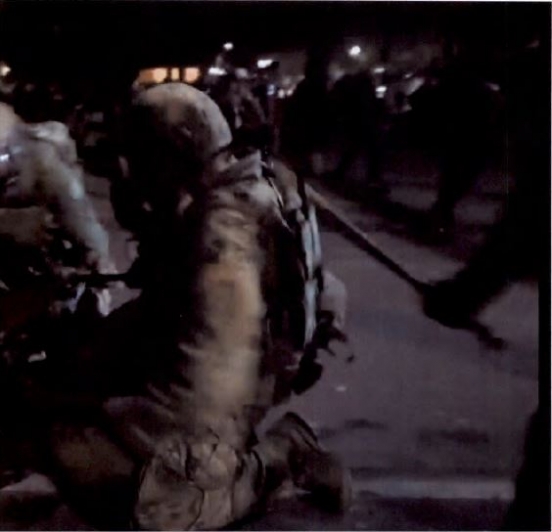 Man who is said to be Horton strikes a deputy U.S. Marshal with a wooden baseball bat (Department of Justice)

The marshal sustained non-life-threatening injuries from the assault, according to the release. A deputy U.S. Marshal arrested Horton in the Rock Creek area of Washington County two weeks after the U.S. Marshals Service distributed a bulletin with pictures of Horton accompanied by a physical description, the release said. (RELATED: Portland Police Got More Than $5 Million In Overtime As Protests Continue To Rage)

“Assaulting a federal officer with a dangerous weapon is a serious violent crime,” Barr said in the release. “I applaud the tenacity of the deputy U.S. Marshals who, for multiple weeks, worked tirelessly to identify this defendant.”

Federal agents agreed to withdraw from Portland in late July, but violence has continued.

Police declared a riot Wednesday night and used tear gas to subdue a violent group outside the Immigration and Customs Enforcement building as the city experienced its 84th day of unrest, The Oregonian reported. Rioters threw explosives and glass bottles at the officers throughout the night, according to the DOJ release.