The White House is pressing hard on the message that Trump’s administration has succeeded more in the Middle East in just a few days than President Barack Obama and Vice President Joe Biden did in eight years, White House Press Secretary Kayleigh McEnany told the Daily Caller.

“While Obama/Biden sent billions of dollars in cash to the Iranian Regime and demanded nothing in return, President Trump is leveraging unprecedented peace through strength by brokering a historic peace deal between Israel and the United Arab Emirates, directing the United Nations to restore all previously suspended sanctions on Iran, and hosting a productive working visit with the Prime Minister of Iraq, an important strategic partner in the region,” McEnany said in a statement.

Trump also touted the demise of ISIS in his appearance with Al-Kadhimi.

“When we came into office, ISIS was running rampant all over Iraq and Syria,” Trump said. “And we knocked out the 100% of the ISIS caliphate. The Obama administration did a very poor job.” 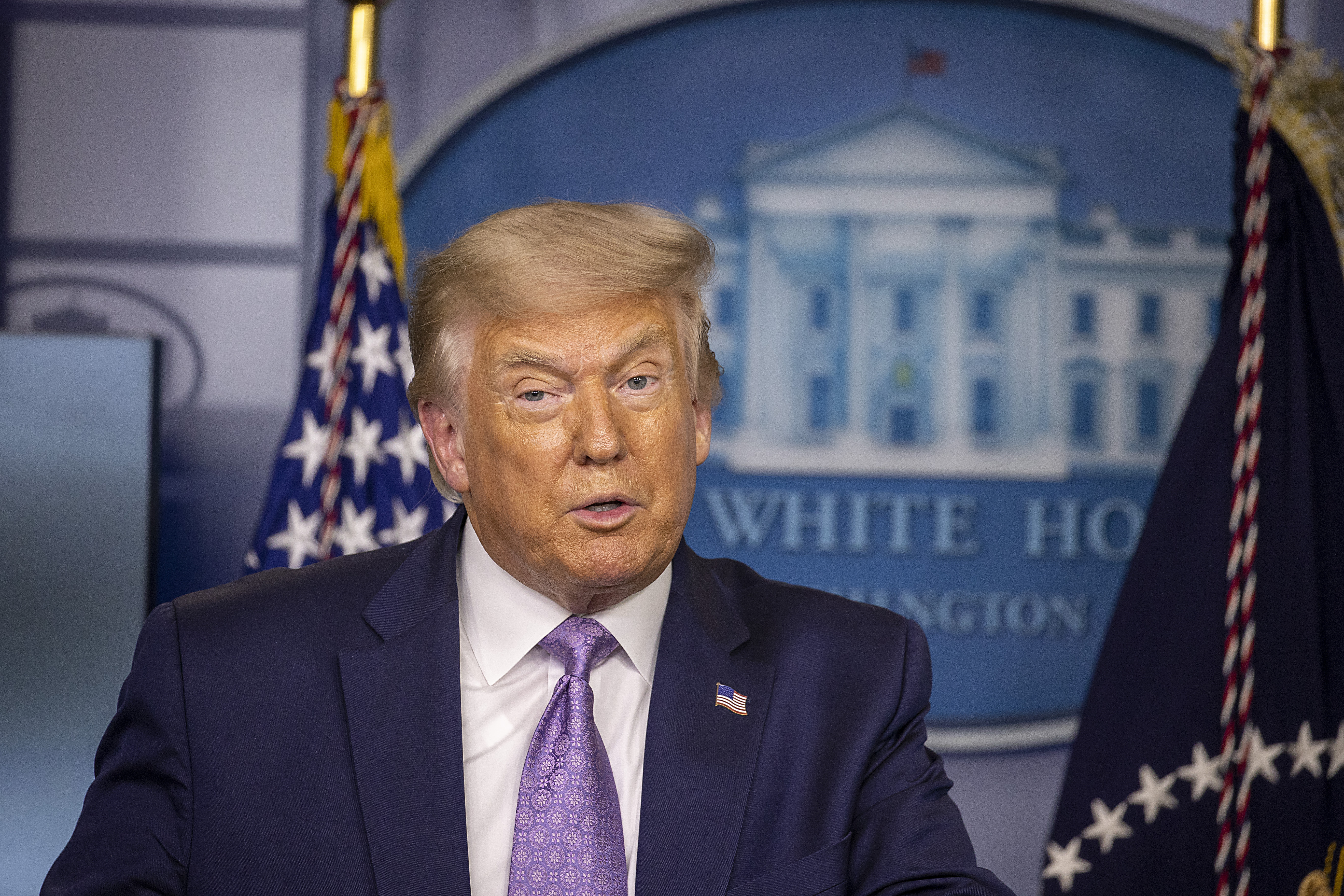 WASHINGTON, DC – AUGUST 13: U.S. President Donald Trump speaks during a briefing at the White House August 13, 2020 in Washington, DC. Trump spoke on a range of topics including his announcement earlier in the day of a new peace deal between Israel and the United Arab Emirates. (Photo by Tasos Katopodis/Getty Images)

Trump’s Senior Advisor Jared Kushner has also suggested the UAE-Israel peace deal could be the beginning of a series of such deals in the Middle East, though the administration has declined to give specifics on which other Middle Eastern countries might be interested.

Questions remain about the efficacy of some of Trump’s efforts in the region, however, particularly in Afghanistan. The U.S. signed a peace agreement with the Taliban in February under which the U.S. would completely withdraw forces from Afghanistan 9.5 months, so long as the Taliban held up its side of the deal.

Six months later, however, limited progress has been made, with 8,600 troops still in the country at last estimate. Trump and his senior officials now say troop numbers will be down to 4,000 by November 3rd, roughly nine months after the signing. He told Axios on August 5th that troops numbers would be down to 8,000 “in a very short period of time.”

The White House did not specify how many troops are currently deployed in Afghanistan. (RELATED: Pompeo Defends Using Camp David To Meet With Taliban)

Administration officials said in February that the U.S. was entering the deal with clear eyes about the possibility of the Taliban going back on its word, and Trump reiterated that sentiment on Thursday.

“When somebody hits us, we hit back harder than they hit us.  So we handle it,” he said.