Trump, speaking to reporters during his Oval Office visit with Iraqi Prime Minister Mustafa Al-Kadhimi, said he felt “very badly” for his former adviser but that he hasn’t “been dealing with him for a very long period of time.” (RELATED: Steve Bannon And Brian Kolfage Indicted For Allegedly Defrauding Crowdfunded Border Wall Donors)

“I don’t like that project. I thought it was being done for showboating reasons,” Trump added of the privately funded border wall operation, through which Bannon, Brian Kolfage and two other conspirators are accused of defrauding hundreds of thousands of dollars. “It was something I very much thought was inappropriate to be doing.”

Likewise, McEnany stated to reporters that “as everyone knows, President Trump has no involvement in this project and felt it was only being done in order to showboat, and perhaps raise funds.” 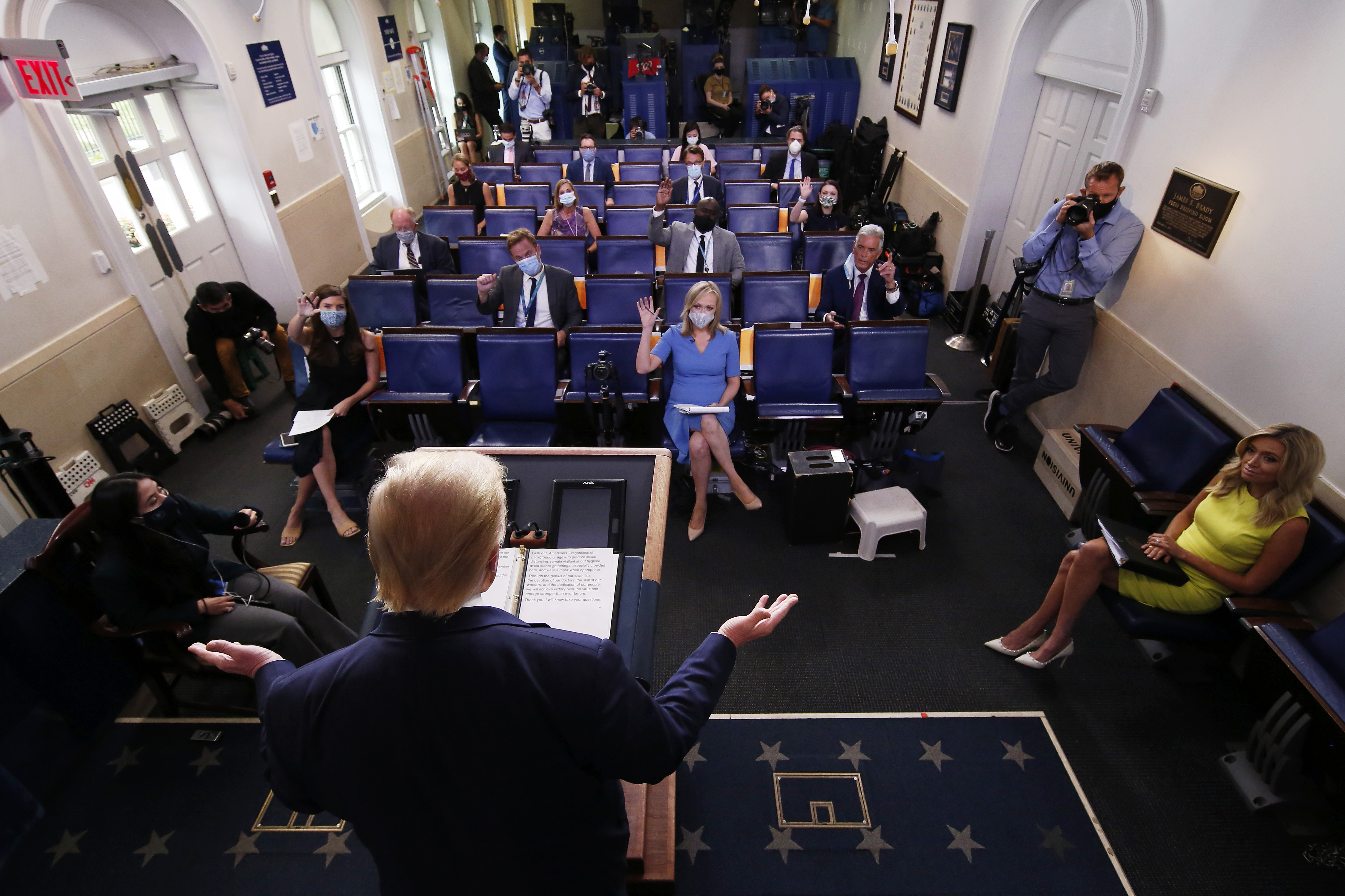 She pointed to the president’s July critiques of the project and added that Trump “has always felt the Wall must be a government project and that it is far too big and complex to be handled privately.”

McEnany further stated that Trump “has not been involved with Steve Bannon since the campaign and the early part of the administration, and he does not know the people involved with this project.”

U.S. Attorney for the Southern District of New York Audrey Strauss charged Bannon, Kolfage, Andrew Badolato and Timothy Shea with defrauding donors of hundreds of thousands of dollars “under the false pretense that all of that money would be spent on construction.”

“This case should serve as a warning to other fraudsters that no one is above the law, not even a disabled war veteran or a millionaire political strategist,” she added in a statement.

Kolfage refused to answer questions from DCNF investigative reporter Andrew Kerr about the project, and Stephanie Kalivas, an analyst with the watchdog group Charity Watch, further stated that his lack of a “track record” and transparency should give donors pause.

“The apparent lack of established governing documents, and Kolfage’s unwillingness to make available to the public the ‘white paper’ he claims has already been prepared ‘to every detail’ are additional red flags,” Kalivas stated. “Donors are taking a huge risk in blindly trusting that Kolfage will keep to, or be able to execute on, his claims, especially considering the magnitude of the purported mission.”