Former White House strategist Steve Bannon was arrested Thursday by federal agents while onboard a yacht owned by Chinese billionaire Guo Wengui off the coast of Westbrook, Connecticut.

The U.S. Coast Guard detained Bannon while on the “Lady May,” a 151-foot yacht estimated to be worth around $28 million. The mega yacht is owned by Guo and became a sensation among Westbrook residents after it dropped anchor off a local beach last week, the Hartford Courant reported.

Bannon has appeared on the yacht before and it was reported that the two are business associates who formed a media venture called GTV Media, according to The Wall Street Journal. The venture is reportedly being investigated by federal and state authorities. 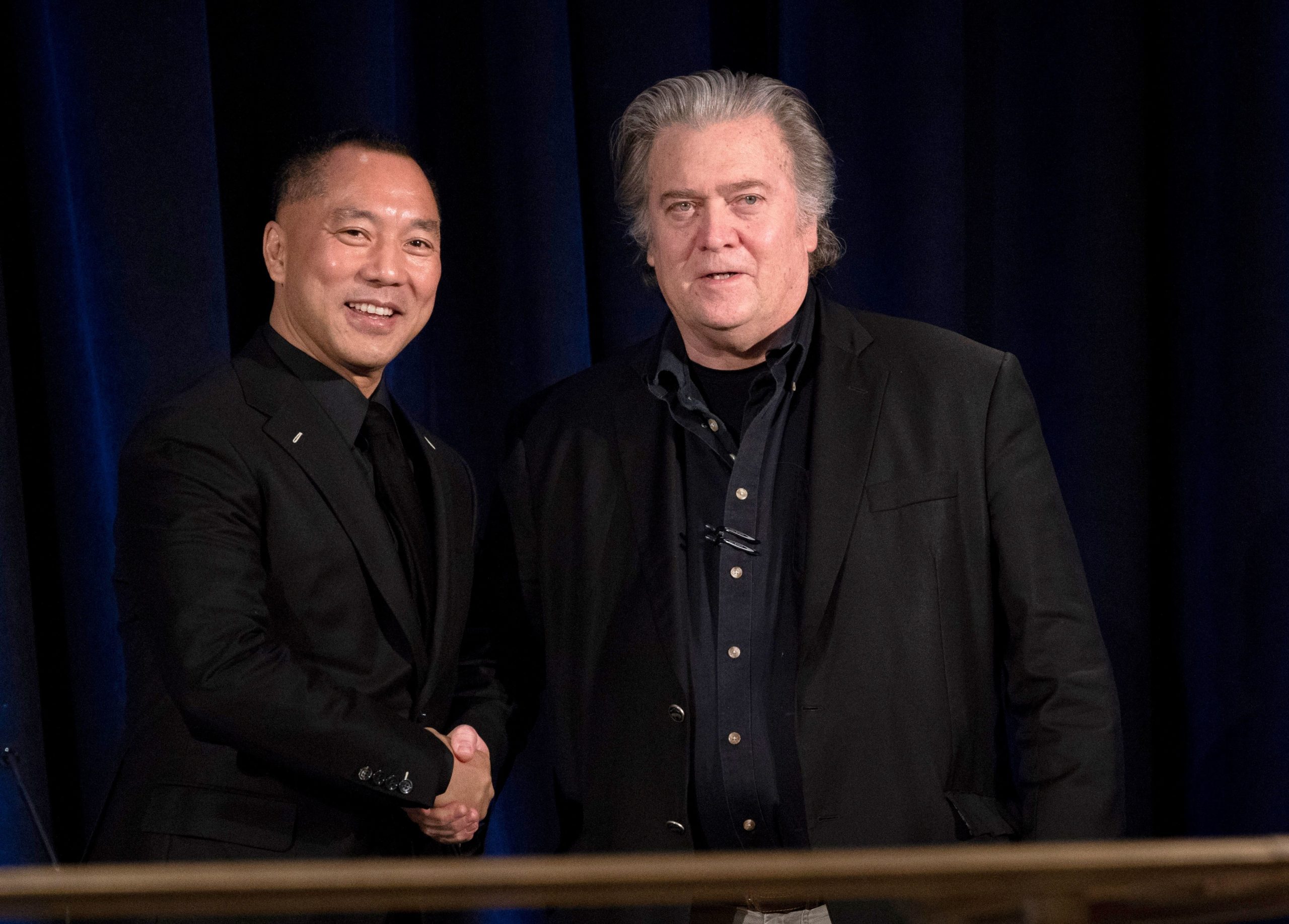 Guo is a real estate developer who left China in August 2014 after his associates were targeted by an anti-corruption campaign led by Chinese president Xi Jinping, the Associated Press reported. He currently lives in a Manhattan luxury apartment where he rails against the Chinese Communist Party (CCP) on various social media platforms.

Guo was estimated to be worth $1.1 billion in 2015 and his most valuable asset was reportedly Pangu Plaza, a seven-star hotel in Beijing, according to Forbes.

Chinese state-backed media outlet Xinhua News Agency described Guo as one of China’s most wanted fugitives in 2017. He has been accused of bribing Chinese government officials and embezzlement, according to Xinhua.

Guo’s lawyer told the Associated Press in 2017 that he applied for political asylum in the U.S. after the Chinese government requested an international arrest warrant for him. (RELATED: The Funny Business Of Interpol’s ‘Red Notice’)

Three employees in one of Guo’s companies were sentenced to prison in 2017 for allegedly falsifying financial documents to obtain loans from a state-owned bank, the Associated Press reported.

Guo’s lawyers wrote in court papers that he “is a pioneer of using YouTube and Twitter to fight for the rule of law, human rights, freedom and democracy in China.” His lawyer further added that Guo was working to expose “widespread corruption” in the CCP, according to NBC News.

Chinese real estate developer SOHO sued Guo in 2017 after he accused the company of boosting its property values through improper regulatory changes, the Associated Press reported. SOHO dropped its complaint in 2018 but Guo countersued. A judge dismissed the countersuit in 2019.

One of Guo’s former assistants filed a civil complaint with the New York Supreme Court in 2017 alleging that Guo raped her, Reuters reported. According to court documents, the woman — who is a Chinese national — said Guo held her “captive” and subjected her to “repeated acts of mental cruelty and sexual violence.” Guo has denied the claims.