Berman first asked the vice president about recent comments President Donald Trump made at the White House, in which he stopped short of outright condemning the conspiracy theory. (RELATED: Trump On QAnon Believing He Is Saving World From Pedophiles: ‘Is That Supposed To Be A Bad Thing?’)

“The president said they love America,” Berman stated of Trump’s remarks. “How do those beliefs embody a love of America?”

“You said the president seemed to embrace that. I didn’t hear that, ” Pence responded. “I heard the president talk about he appreciates those who support him.” 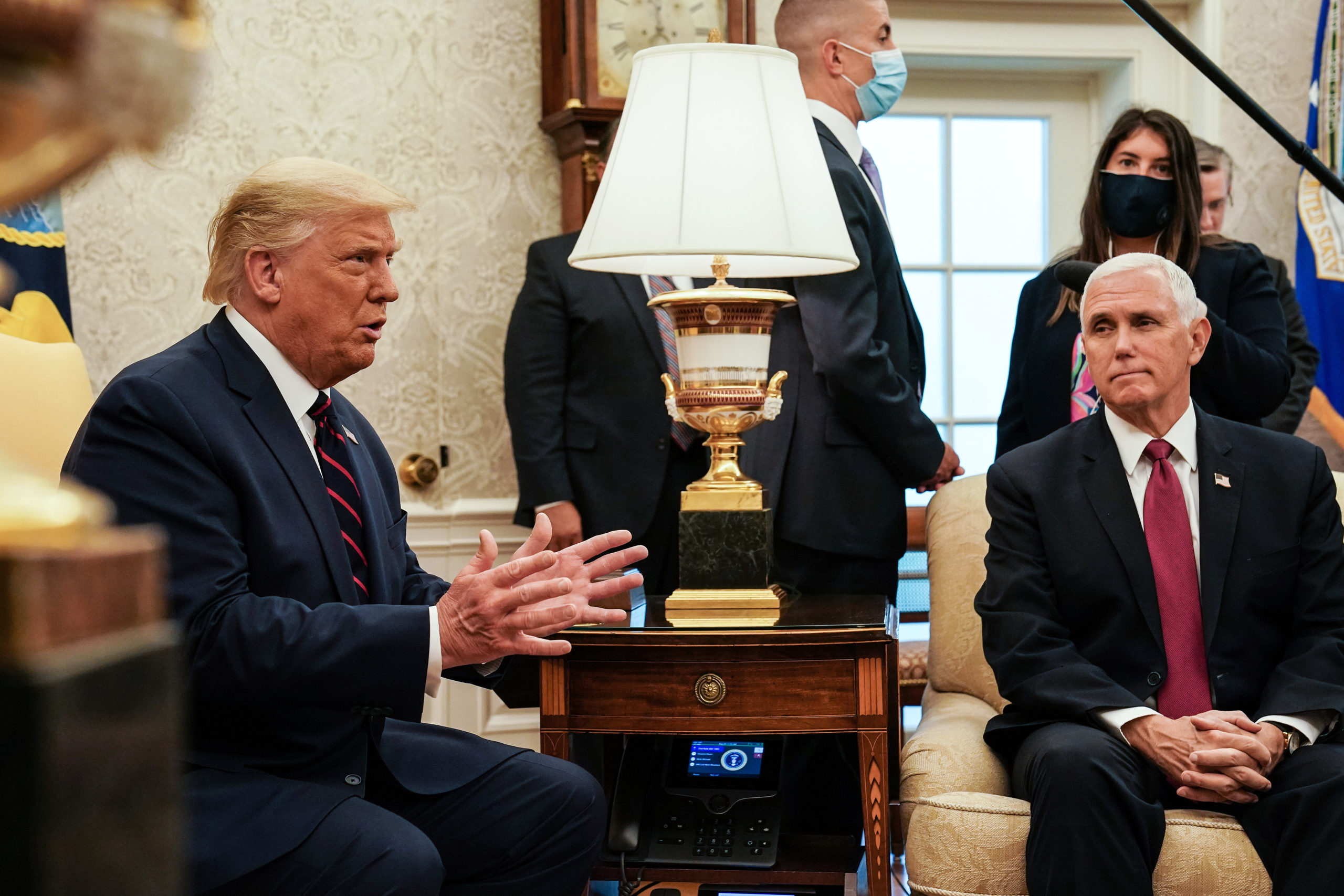 “Honestly, John, I don’t know anything about it,” Pence retorted. “We dismiss conspiracy theories around here.”

“I just did, John,” the vice president flatly stated. “I dismiss conspiracy theories out of hand.”

“I said it’s a conspiracy theory,” Pence added later in the interview. “I don’t have time for it. I don’t know anything about it, and honestly, John, I get it. I get that the media, particularly CNN, chases after shiny objects.”

“If I can help save the world from problems, I’m willing to do it. I’m willing to put myself out there,” he stated when asked what he thought about allegations, from QAnon believers, that he is fighting an alleged cabal of sexual deviancy among international elites. “We are actually. We are saving the world from a radical left philosophy that will destroy this country, and when this country is gone the rest of the world will follow.”

QAnon supporters have waiting for this, this specifically, for three years. pic.twitter.com/pPbBishCjX