Portland, Oregon emerged as an epicenter of the ongoing nationwide protests and riots following the death of George Floyd while in Minneapolis police custody earlier this year.

The majority of protests since Floyd’s death in late May have been nonviolent and lawful assembly is a constitutional right. But the violence in Portland escalated tensions between rioters and federal law enforcement deployed by President Donald Trump.

An important rallying cry among demonstrators and politicians was that federal agents were responsible for the violence. Trump ordered federal forces to pull back in late July, but nearly one month later a lack of federal law enforcement has not stopped the chaos in Portland.

Protests occurred Thursday night at a police union building and an Immigration and Customs Enforcement (ICE) building, marking 85 consecutive days of demonstrations in Portland, according to The Oregonian. 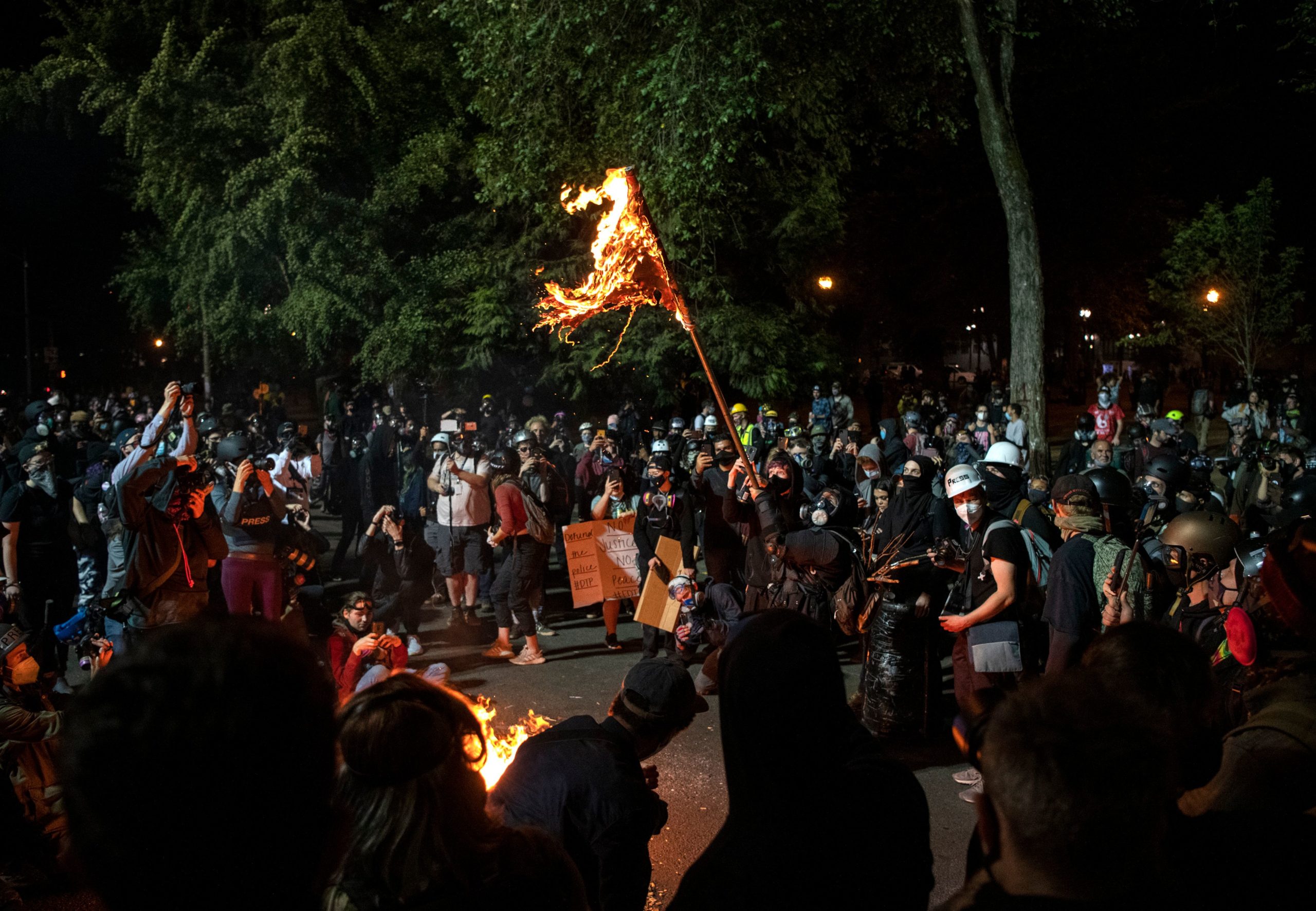 Democrats blamed Trump’s decision to send federal forces to Portland as the reason for an increase in violence. (RELATED: ‘That’s A Myth’: Democrats Downplay The Violence In Portland)

“The consequences of Donald Trump unilaterally dispatching [federal] law enforcement into U.S. cities played out in Portland [with a] peaceful protester shot in the head,” said Democratic Oregon Sen. Ron Wyden in a tweet July 12. “Trump & Homeland Security must now answer why [federal] officers are acting like an occupying army.”

“I’m concerned that the actions of federal officers escalated, rather than de-escalated, already heightened tensions in our city,” said Democratic Portland Mayor Ted Wheeler in a statement that same day.

“The events of last night at the federal courthouse were the tragic and avoidable result of President Donald Trump, for weeks, continuing to push for force and violence in response to protests,” said Democratic Oregon Gov. Kate Brown, according to The Oregonian. 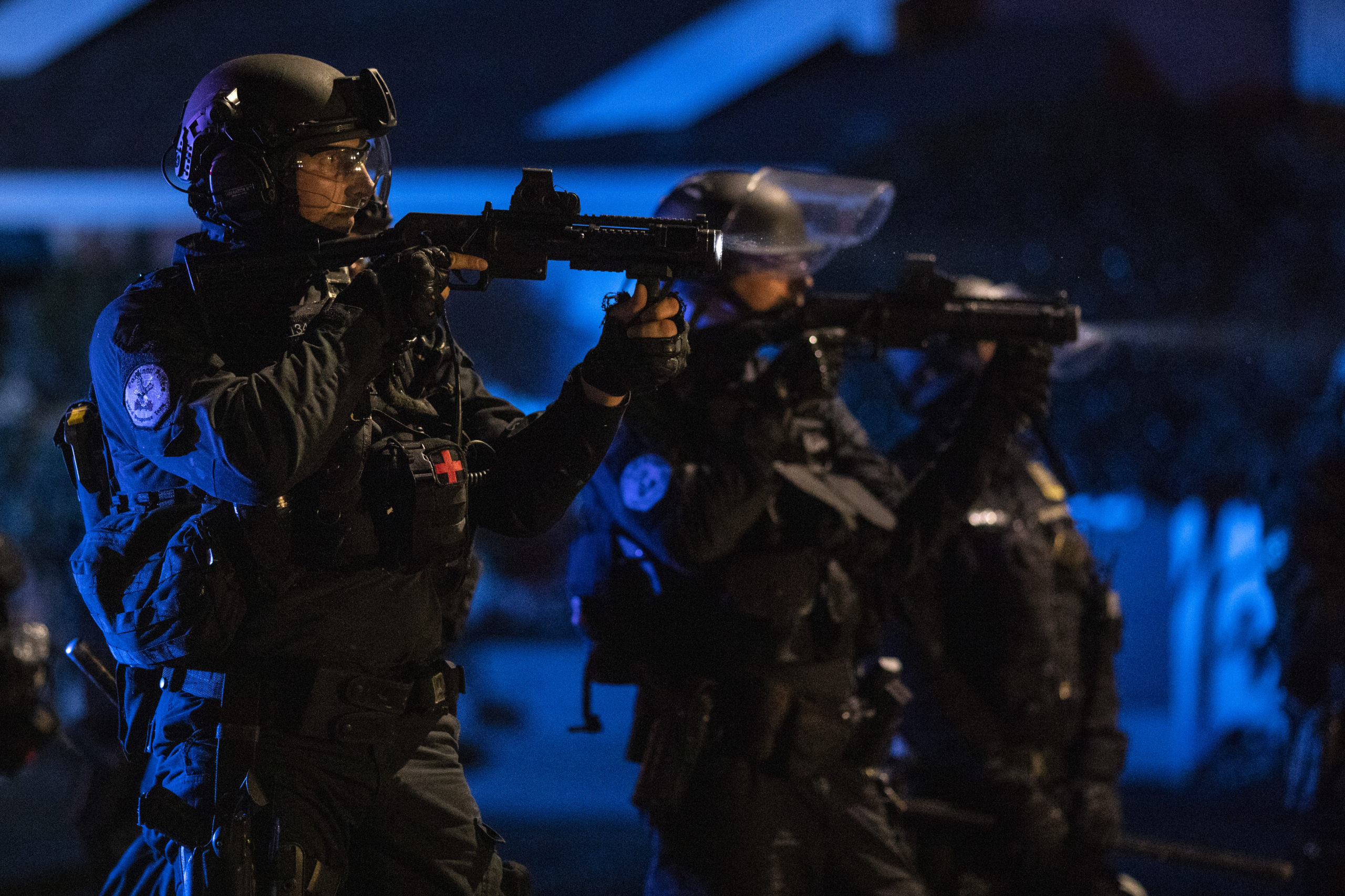 Demonstrators in Portland also blamed federal forces for the violence, USA Today reported. “Ever since the Feds showed up, it’s been like war,” said 31-year-old protester Ted Park. “It feels like it’s re-escalated.”

The Trump administration negotiated a withdrawal of federal forces with Portland officials July 29, The New York Times reported. Local law enforcement has been largely responsible for addressing demonstrations in August, many of which escalated into riots despite the absence of federal agents.

Portland police released a timeline August 19 marking every protest and riot in the city since May 29. Police declared a riot at least 13 times in the past 80 days as the unrest continues to grow. The most recent riot occurred Thursday in south Portland where rioters threw projectiles at officers and vandalized an ICE building.

Antifa are disabling cameras at the ICE facility in Portland tonight and spray painting the front. Some are pounding on the glass doors. They’re ignoring the many verbal commands to stop. #PortlandRiots #antifa pic.twitter.com/KuLGFJ1DnB

The city went four days without a reported incident between July 30 and August 1 according to the timeline. Media outlets like The Washington Post ran headlines during that time alleging that the chaos ended as soon as federal forces left.

But unrest resurfaced after instances of vandalism and projectiles were reported August 2. Eight riots have been declared since then, according to the police timeline. The Multnomah County headquarters building was set on fire Tuesday and the Portland Police Association building was targeted four times after August 3.

Rioters also engaged in multiple acts of violence against other people. Video footage capturing an encounter Sunday showed counter-protesters being spat on, hit with a baseball bat and shoved to the ground. (RELATED: Portland Rioter Charged With Striking Fed In The Back With Bat)

Another encounter captured on video showed a group of protesters pulling a man out of his truck after it crashed and beating him until he was unconscious.

The man was kicked and knocked unconscious in the street. #antifa medics arrive to help. pic.twitter.com/JuBmSShAyC

Portland Police Bureau Sgt. Brent Maxey said in an interview Monday with local outlet KGW8 that police were not responsible for the recent uptick in violence and rioting.

“They’ve just kind of devolved into these masses of people that are just bent on destruction and hurting, mainly hurting police or anybody that really disagrees with that message,” Maxey said of the rioters.