TikTok plans on suing the Trump administration over the president’s executive order banning any transactions with the app and its Chinese parent company ByteDance, according to Reuters.

“Even though we strongly disagree with the Administration’s concerns, for nearly a year we have sought to engage in good faith to provide a constructive solution,” a TikTok representative told The Hill. (RELATED: TikTok Threatens Legal Action Against Trump, Says Executive Order Banning The App Is Illegal)

“What we encountered instead was a lack of due process as the Administration paid no attention to facts and tried to insert itself into negotiations between private businesses,” the spokesperson added.

Trump invoked the International Emergency Economic Powers Act on Aug. 6, issuing an executive order which forces ByteDance to sell TikTok within 45 days or face a ban, claiming that the Chinese communist government has been stealing users’ information, according to The Hill. Trump then issued an executive order Aug. 14 that gave ByteDance 90 days to turn the popular app over to a different company, Reuters reported. 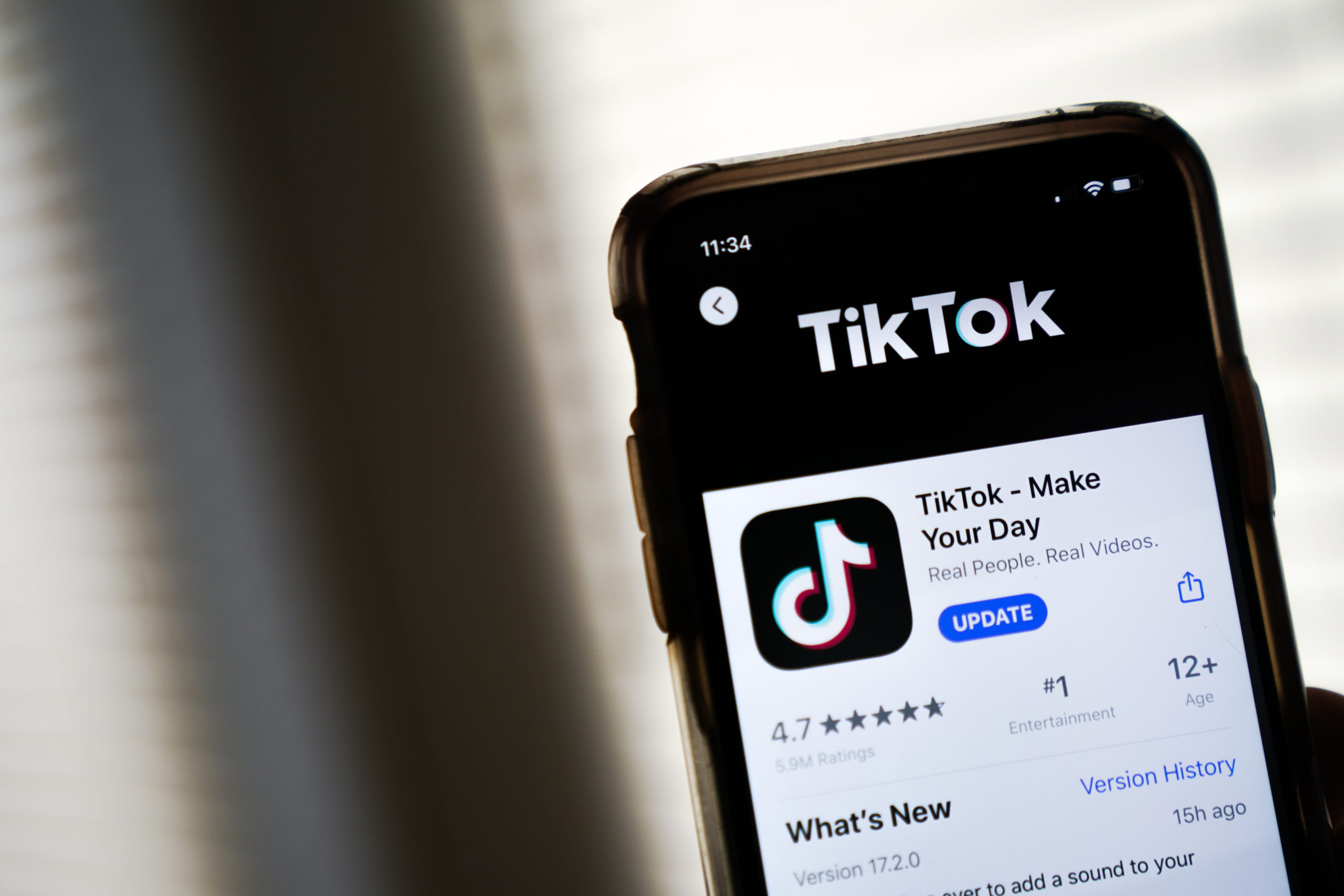 WASHINGTON, DC – AUGUST 07: In this photo illustration, the download page for the TikTok app is displayed on an Apple iPhone on August 7, 2020 in Washington, DC. (Photo Illustration by Drew Angerer/Getty Images)

The lawsuit will challenge the Aug. 6 order, according to CNBC.

Microsoft and Oracle are two companies reportedly in talks to buy TikTok, with the president seemingly on board with an Oracle takeover.

“Well, I think Oracle is a great company, and I think its owner is a tremendous guy,” the president said while at an event in Arizona, according to CNBC, which noted that Oracle co-founder Larry Ellison is a backer of the president.