Democratic presidential nominee Joe Biden said in an interview airing Sunday that he’s not ruling out running for a second term if he is successful in winning the 2020 election.

Biden attempted to reposition his comments that he would be a “transition candidate” by saying he wasn’t referring to the length of his presidency, but that his leadership would inaugurate a new era for the Democratic Party. (RELATED: Joe Biden Interrupts His Wife’s Campaign Speech To Bite Her Finger)

“In any state where we have competitive people running for the Senate and the House and the legislature, it’s important the Democratic Party invest there,” Biden told ABC. “So [what] I want to do is make sure when this is over, we have a new Senate, we won back statehouses, we’re in a position where we transition to a period of bringing people up to the visibility that they need to get to be able to lead nationally. And that’s about raising people up. And that’s what I’m about.”

Trump has dismissed Biden as being unable to function, saying he “doesn’t know he’s alive.”

“Watch me, Mr. President. Watch me. Look at us both, what we say, what we do, what we control, what we know, what kind of shape we’re in,” Biden said in reference to vice presidential candidate and Democratic California Sen. Kamala Harris. “I think it’s a legitimate question to ask anybody over 70 years old whether or not they’re fit and whether they’re ready. But I just — only thing I can say to the American people, it’s a legitimate question to ask anybody, watch me.” (RELATED: Joe Biden Stumbles Over His Words In Iowa Speech) 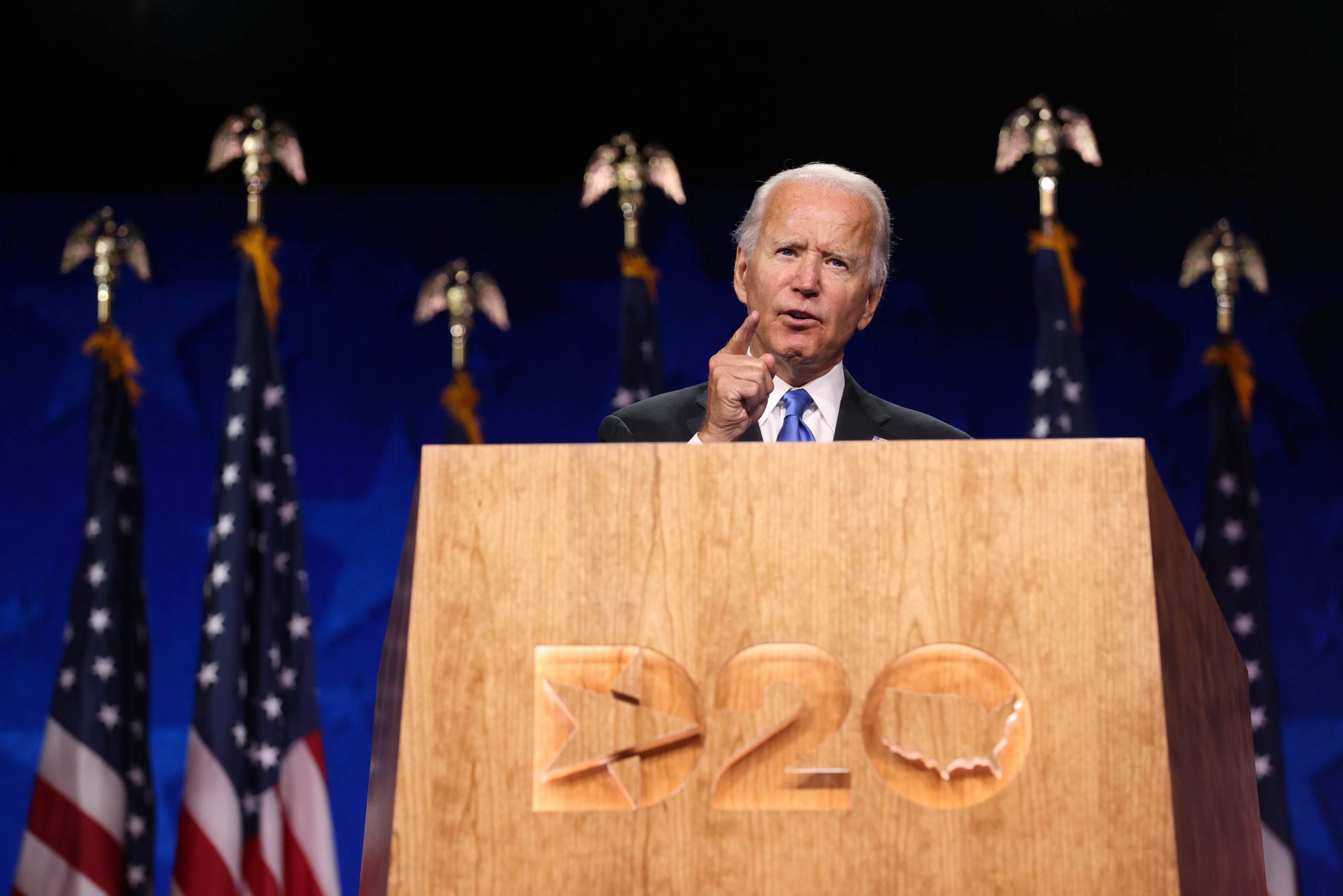 Democratic presidential nominee Joe Biden delivers his acceptance speech on the fourth night of the Democratic National Convention from the Chase Center on August 20, 2020 in Wilmington, Delaware. (Photo by Win McNamee/Getty Images)

Biden has previously stated that he will be a one-term president if he is elected and subsequently feels that he loses “energy and mental acuity.”

The presidential candidate has dismissed taking a cognitive test as Trump has said he has done, asking, “Why the hell would I take a test?”

If elected, Biden would be 78 year old on his inauguration day.