Donald Trump Jr. delivered a speech in support of his father at Monday’s Republican National Convention that also called on America to end “racism” and police brutality.

Halfway through Trump’s remarks, he claimed that under the coronavirus pandemic, “people of faith are under attack” while “mass chaos in the streets gets a pass.”

“The Democrat mayors pretend it’s not happening. They called it a summer of love,” he stated before pivoting to condemn police brutality. “All men and women are created equal and must be treated equally under the law. That’s why we must put an end to racism, and we must ensure that any police officer who abuses their powers is held accountable.” (RELATED: Live From The White House: Take A Behind-The-Scenes Sneak Peak At Our Coverage Of Trump’s 2020 RNC)

Trump definitively stated that the killing of George Floyd by police officers in Minnesota is a “disgrace.”

Still, he argued that America “cannot lose sight of the fact that our police are American heroes.”

“They deserve our deepest appreciation. No matter what the Democrats say, you and I both know when we dial 911, we don’t want it going to voice mail. So defunding the police is not an option.” 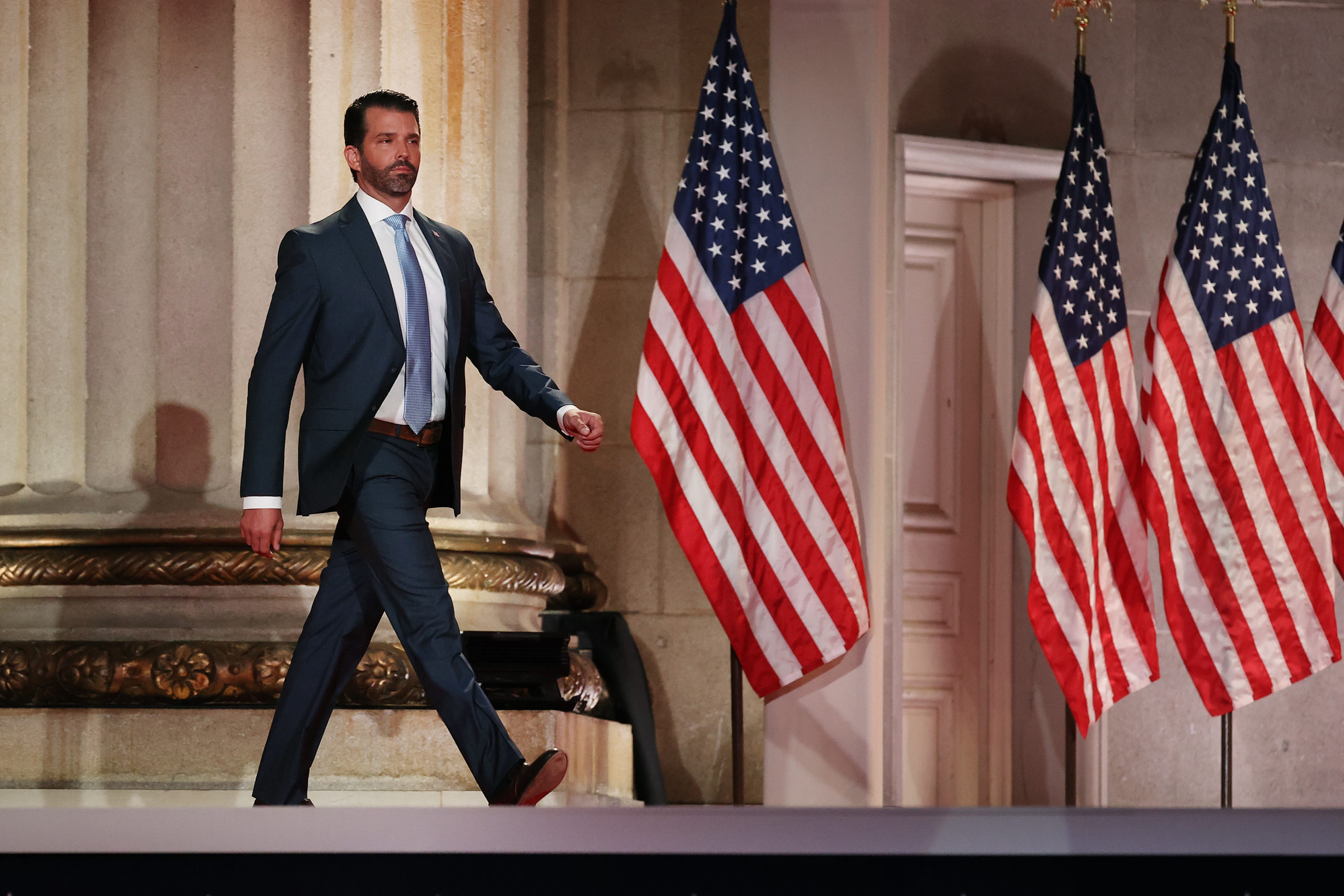 WASHINGTON, DC – AUGUST 24: Donald Trump Jr. steps out on stage before pre-recording his address to the Republican National Convention at the Mellon Auditorium on August 24, 2020 in Washington, DC. The novel coronavirus pandemic has forced the Republican Party to move away from an in-person convention to a televised format, similar to the Democratic Party’s convention a week earlier. (Photo by Chip Somodevilla/Getty Images)

The elder Trump is scheduled to deliver his own RNC keynote speech Thursday night.