DeWine “has repeatedly proven his incompetence by providing wildly inaccurate forecasts and repeatedly misleading COVID-19 data,” the resolution said, alleging that his policies were “far worse than the virus itself.”

The resolution also accused DeWine of executive overreach, saying that his directing the Ohio Department of Health to issue restrictions aimed at containing the coronavirus was equivalent to “creating new laws.” (RELATED: Ohio House Speaker Arrested In $60 Million Bribery Case)

The articles alleged that DeWine “conspired” with Republican Ohio Secretary of State Frank LaRose to delay the state’s primary, originally scheduled for March 17, and illegally reschedule it for June 2 without having legislative approval. The state legislature passed a bill on April 28 requiring any primary to be conducted by mail due to the virus, Cleveland.com reported. 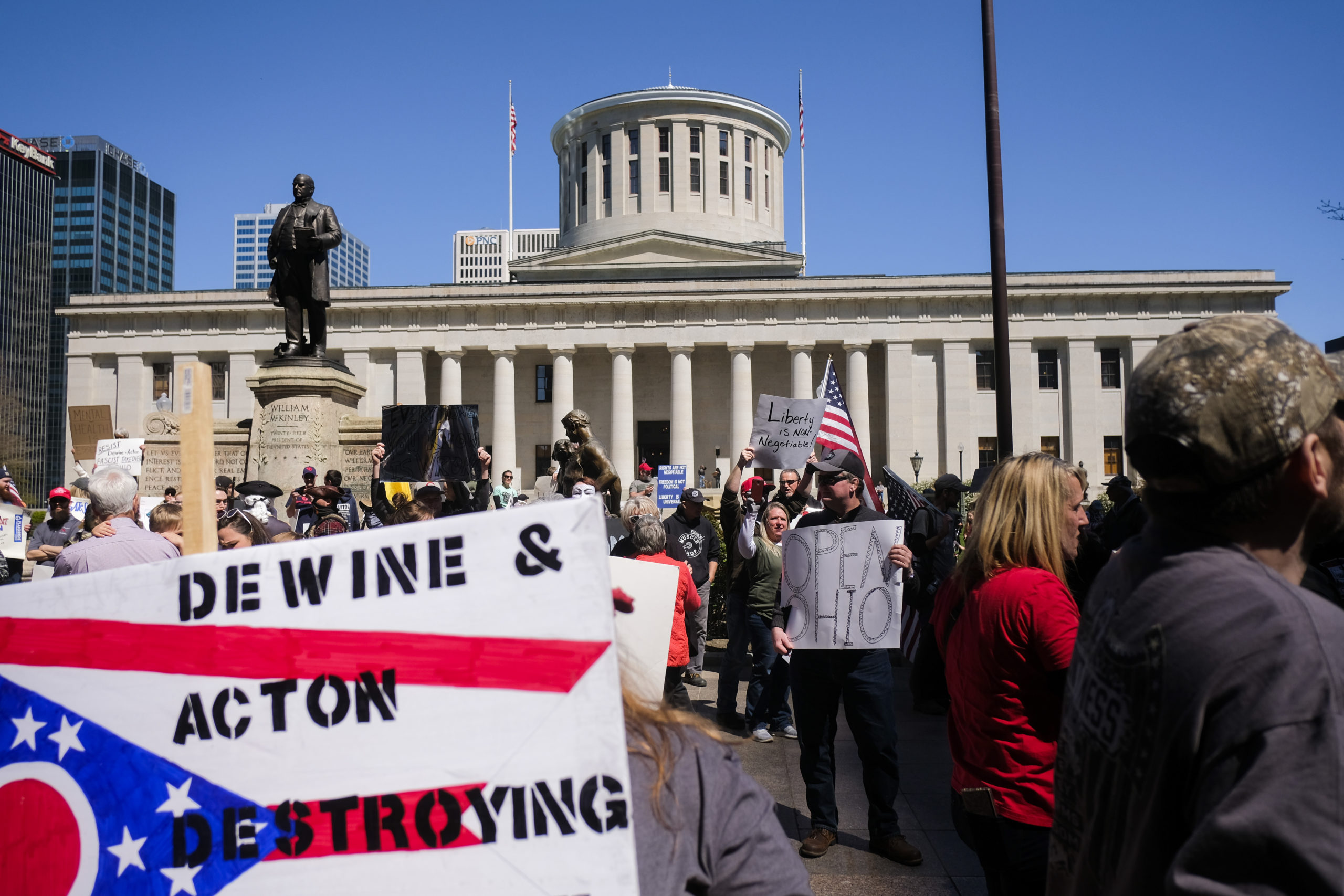 Protesters gather at the Ohio Statehouse to protest the ‘Stay at Home’ order on April 20, 2020 in Columbus, Ohio. (Matthew Hatcher/Getty Images)

The lawmakers’ resolution was rejected by the far majority of Ohio Republican officials. A spokesman for DeWine told Cleveland.com that the governor “is focused on saving lives during the pandemic… not this,” while the Ohio Republican Party chair called the resolution a “baseless, feeble attempt at creating attention for themselves.”

“My priorities are to keep people safe and get our economy moving faster,” DeWine said in a press conference Tuesday.

“If there are others in the legislature who want to spend their time drawing up and resolutions and filing articles… I’d just say to them, have at it.”

Gov. Mike DeWine’s message to his detractors in the Ohio Statehouse was a fairly simple one: “Have at it.” https://t.co/nHLwfBazE3

Despite the articles of impeachment introduced, DeWine’s actions, including a stay-at-home order and a statewide mask mandate, have been similar to both Republican and Democratic governors in other states.

The lawmakers said that the orders violated the civil liberties of Ohioans, claiming that the mask mandate “promotes fear, turns neighbors against neighbors, and contracts the economy by making people fearful to leave their homes.”

The articles also allege that “people are more likely to infect themselves with COVID-19” with a mask on, which epidemiologists and public health experts have said is false, according to PolitiFact.

Ohio has had over 115,000 confirmed coronavirus cases and nearly 4,000 deaths, according to a Johns Hopkins University database.