Two of the seven members of the We Build The Wall advisory board have resigned from the organization following the indictments Thursday of former White House Chief Strategist Steve Bannon, triple-amputee Air Force veteran Brian Kolfage for allegedly defrauding hundreds of thousands of the group’s donors.

Retired U.S. Air Force Brigadier General Robert S. Spalding III and Pennsylvania businessman John D. Moran Jr. told the Daily Caller News Foundation they had no prior knowledge of the allegations against Bannon and Kolfage and said they tendered their resignation from the group’s advisory board on Thursday after learning of the indictments.

Two other advisory board members — retired Major League Baseball pitcher Curt Schilling and former Colorado Republican Rep. Tom Tancredo — also told the DCNF they first learned of the allegations on Thursday but did not respond when asked if they intended to resign their position with We Build The Wall.

The Justice Department alleged that Kolfage, Bannon along with co-defendants Andrew Badolato and Timothy Shea, raised more than $25 million into the group under the false pretense that Kolfage wouldn’t be paid a cent and that all money raised would be spent on construction. In reality, Kolfage took more than $350,000 from the group to fund his “lavish lifestyle” and concealed the payments by “creating sham invoices and accounts,” prosecutors said. (RELATED: Steve Bannon And Brian Kolfage Indicted For Allegedly Defrauding Crowdfunded Border Wall Donors)

Spalding told the DCNF in a statement: “I was involved in providing advice on national security issues related to the southern border. I have not been actively involved since the first few weeks of the effort. I did not take any money or have any expenses covered by the campaign. I was also not responsible for any financial or governance decisions. I have resigned from the advisory board.”

None of the members of the We Build The Wall advisory board were named in the Justice Department’s indictment Thursday. Advisory boards are typically created for honorific purposes and do not carry the legal and fiduciary responsibilities of an organization’s board of directors, according to NonProfit Law Blog.

We Build The Wall’s website still identifies Moran and Spalding as members of its advisory board on its website as of Tuesday afternoon. The group did not return a request for comment asking for confirmation that they had relinquished their position with the organization. 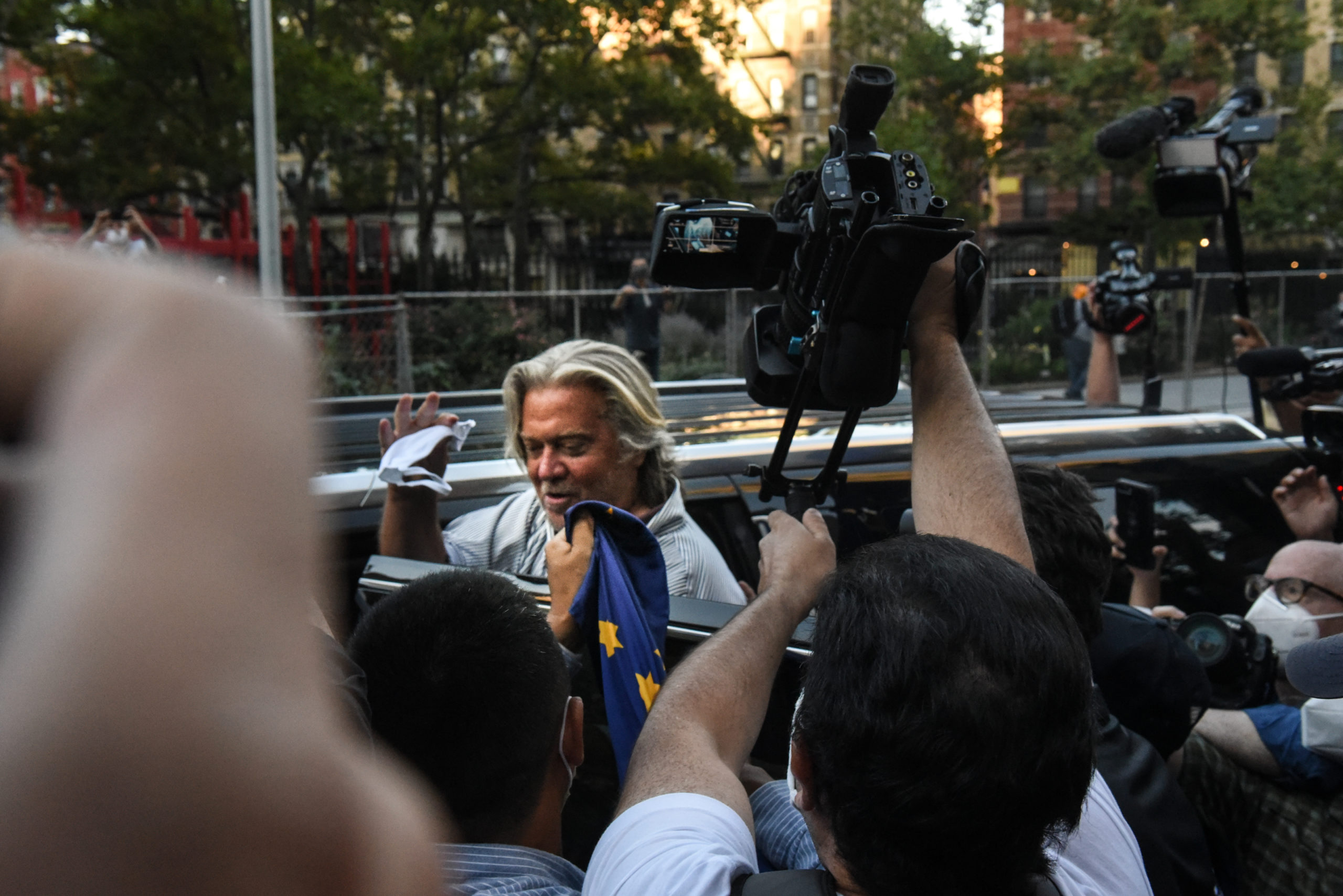 A third member of the group’s advisory board, the former Colorado Rep. Tancredo, told the DCNF that he first learned of the allegations against Kolfage and Bannon on Thursday, but did not respond when asked if he resigned his position with the organization.

“I believe Bannon is too smart to get mixed up in something like this and that he has pled not guilty. I will reserve any more comments,” Tancredo said.

A spokesman for Schilling also did not respond when asked if he will resign from the We Build The Wall advisory board.

“As a member of the We Build the Wall’s initial Advisory Board, Curt Schilling had nothing to do with the organization’s fundraising or operations,” Schilling spokesperson Douglas S. Brooks said. “Curt had no knowledge of any wrongdoing, including but not limited to that alleged in the indictment of Messrs. Bannon, Kolfage, Badolato, and Shea. Any media reports to the contrary are intentionally false.”

The three other members of the advisory board — Former Kansas Secretary of State Kris Kobach, Blackwater USA founder Erik Prince and Milwaukee Sheriff David Clark Jr. did not return multiple requests for comment.

Kolfage raised more than $20 million through a viral GoFundMe campaign in December 2018 that originally set out to help fund President Donald Trump’s proposed southern border wall. The Air Force veteran then asked his donors the following month to transfer their contributions to his new nonprofit group, We Build The Wall, claiming that he could build a southern border wall for half the cost of the federal government.

The DCNF reported shortly after We Build The Wall launched in January 2019 that donors were taking a huge risk placing blind trust in Kolfage, who was refusing to answer basic questions about his group. (RELATED: Border Wall GoFundMe Donors Taking Huge Risk In Giving To Brian Kolfage’s Nonprofit, Watchdogs Warn)

Kolfage wrote on Facebook Tuesday that his indictment was “an assault on every WBTW donors[sic] freedom.”

This case by the SDNY is an assault on every WBTW donors freedom. They want to seize your information, which many of our…

“They want to seize your information, which many of our donors are big corporate executives. They want to target you each for political reasons,” Kolfage wrote.