Laura sustained winds reaching 140 mph and brought with it a coming storm surge that the National Hurricane Center described as “unsurvivable.” The storm intensified at an alarming speed, jumping from a Category 1 storm to a Category 4 storm in less than 48 hours, The Washington Post reported

Parts of Louisiana prepared for a storm surge up to 20 feet above the ground and reaching 40 miles inland, prompting parts of I-10, the state’s main freeway, to close, NOLA.com reported. The surge is expected to affect more than 400 miles of the Gulf Coast, extending from Freeport, Texas past the Mississippi River delta.

An extreme wind warning is in effect for Beaumont TX, Lake Charles LA, Port Arthur TX until 1:00 AM CDT for extremely dangerous hurricane winds. Treat these imminent extreme winds as if a tornado was approaching and move immediately to an interior room or shelter NOW!. pic.twitter.com/Kepii38Fff

Ahead of Laura’s landfall, state and local officials urged residents to evacuate further inland to avoid the worst of the storm. Louisiana Gov. John Bel Edwards activated the state’s entire National Guard to help with the response, The Washington Post reported.

“If you decide to stay, you’re on your own,” said Thurman Bartie, the Mayor of Port Arthur, a coastal town on the Texas-Louisiana border, the Associated Press reported. 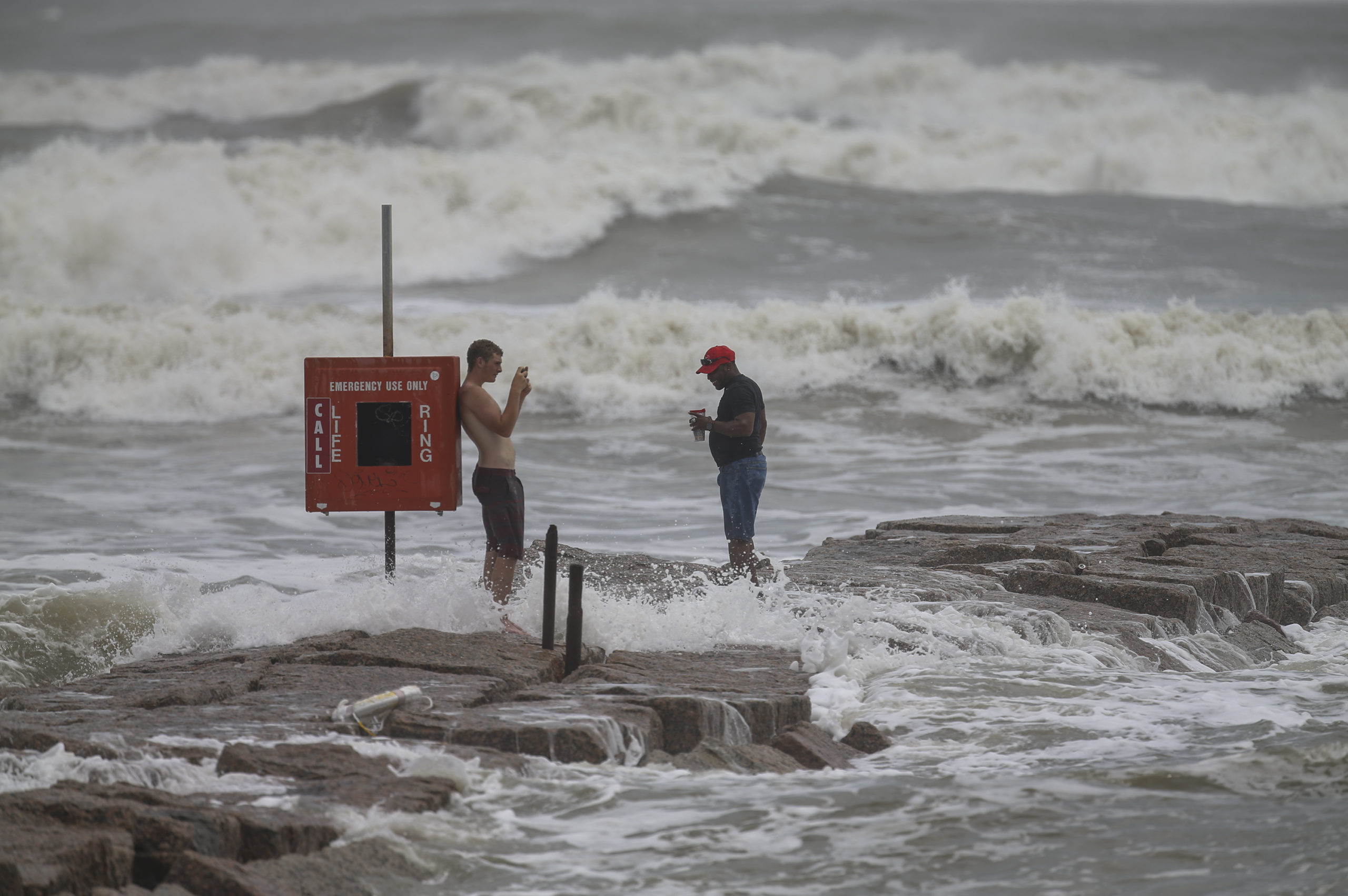 His comments were echoed by meteorologists stationed throughout both states.

“Your life will be in immediate and grave danger if you do not evacuate,” Donald Jones, a meteorologist for the NWS stationed in Lake Charles, Louisiana, told AP. (RELATED: Meteorologists Predict A High Number Of Major Hurricanes In 2020)

In Texas, thousands of residents in the storm’s path evacuated Wednesday. In Galveston, a coastal city close to the state’s Louisiana border, the mayor issued a mandatory evacuation order Tuesday, The New York Times reported.

Laura is not only expected to leave much of Louisiana without power, but may lead to outages as far inland as Memphis, according to the Weather Channel’s forecast. 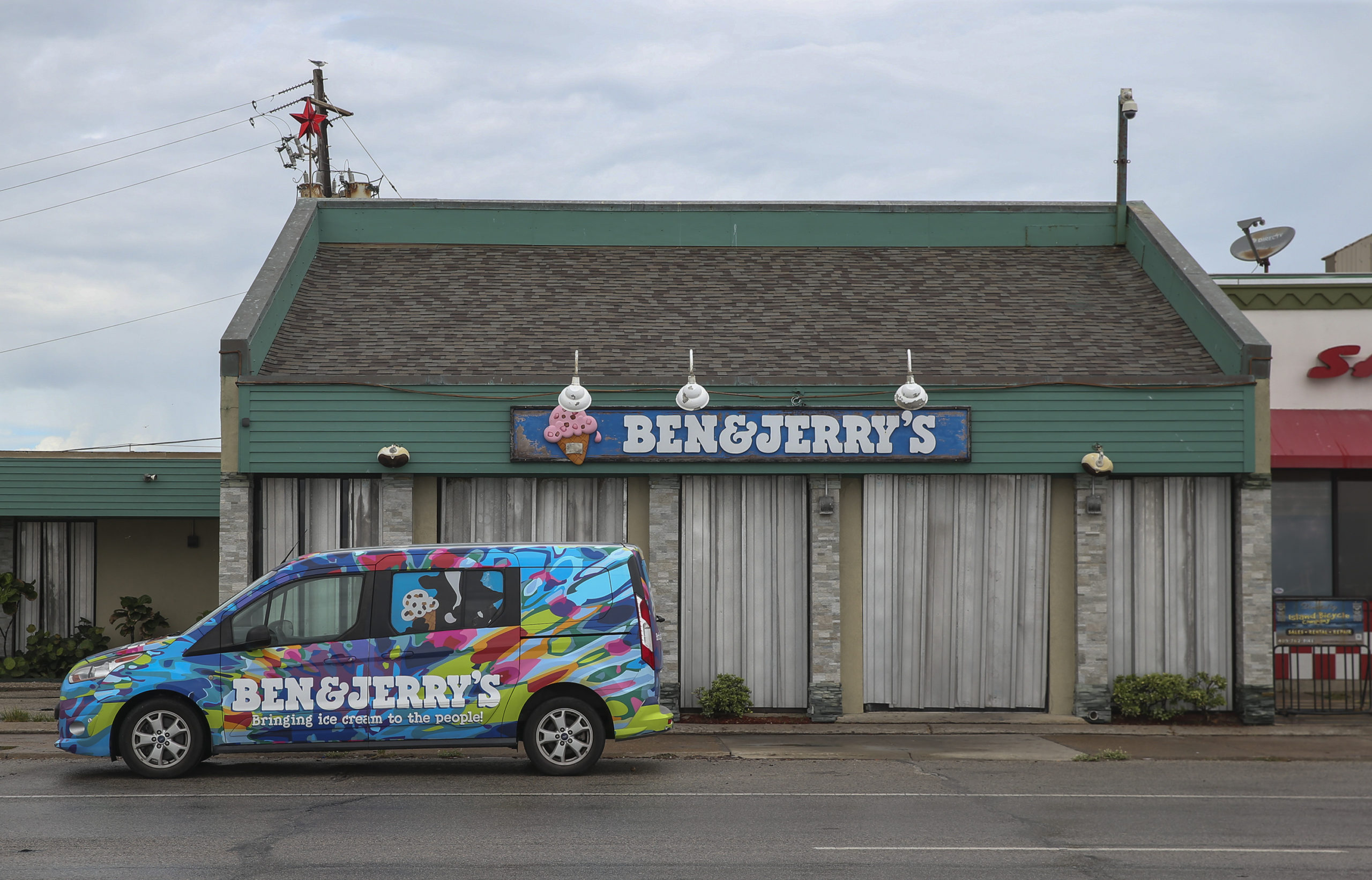 GALVESTON, TX – AUGUST 26: A Ben & Jerry’s ice cream store on Seawall Boulevard is boarded up ahead of approaching Hurricane Laura on August 26, 2020 in Galveston, Texas. (Photo by Thomas B. Shea/Getty Images)

Heavy rain is expected to hit as far north as Indiana and Ohio as the storm is predicted to move north before cutting east towards the Atlantic Ocean, the forecast shows. Laura is so powerful that there is a chance that it will redevelop back into a tropical depression once back over the ocean, AP reported. (RELATED: Hurricane Season Could Get So Bad They Might Run Of Names)

The storm has already killed nearly two dozen people on Hispaniola, leaving much of the island without power and working to mitigate the damage caused by flash floods. The storm stuck the Gulf Coast only days before the 15th anniversary of Hurricane Katrina, which breached New Orleans’ levees and killed approximately 1,800 people.