Paxton is trying to stop Hollins from proactively sending out the ballot applications to every registered voter in the county, claiming Hollins isn’t legally allowed to do so, according to the lawsuit.

“Election officials have a duty to reject mail-in ballot applications from voters who are not eligible to vote by mail. Unfortunately, instead of protecting the integrity of our democratic process, the Harris County Clerk decided to knowingly violate election laws by preparing to send over two million ballot applications to many Texans who do not qualify and have not requested to vote by mail,” said Paxton in an official statement.

“This blatant violation of law undermines our election security and integrity and cannot stand.”

“Hollins’ actions will create confusion, facilitate fraud, and is an illegal ultra vires act because it exceeds his statutory authority.”

Texans can only vote by mail if they are 65 or older, absent on Election Day or if they have a disability that prevents them from physically voting in person. The Texas Supreme Court ruled in May that fear of contracting the coronavirus was not a valid “disability” that would warrant a mail-in ballot. 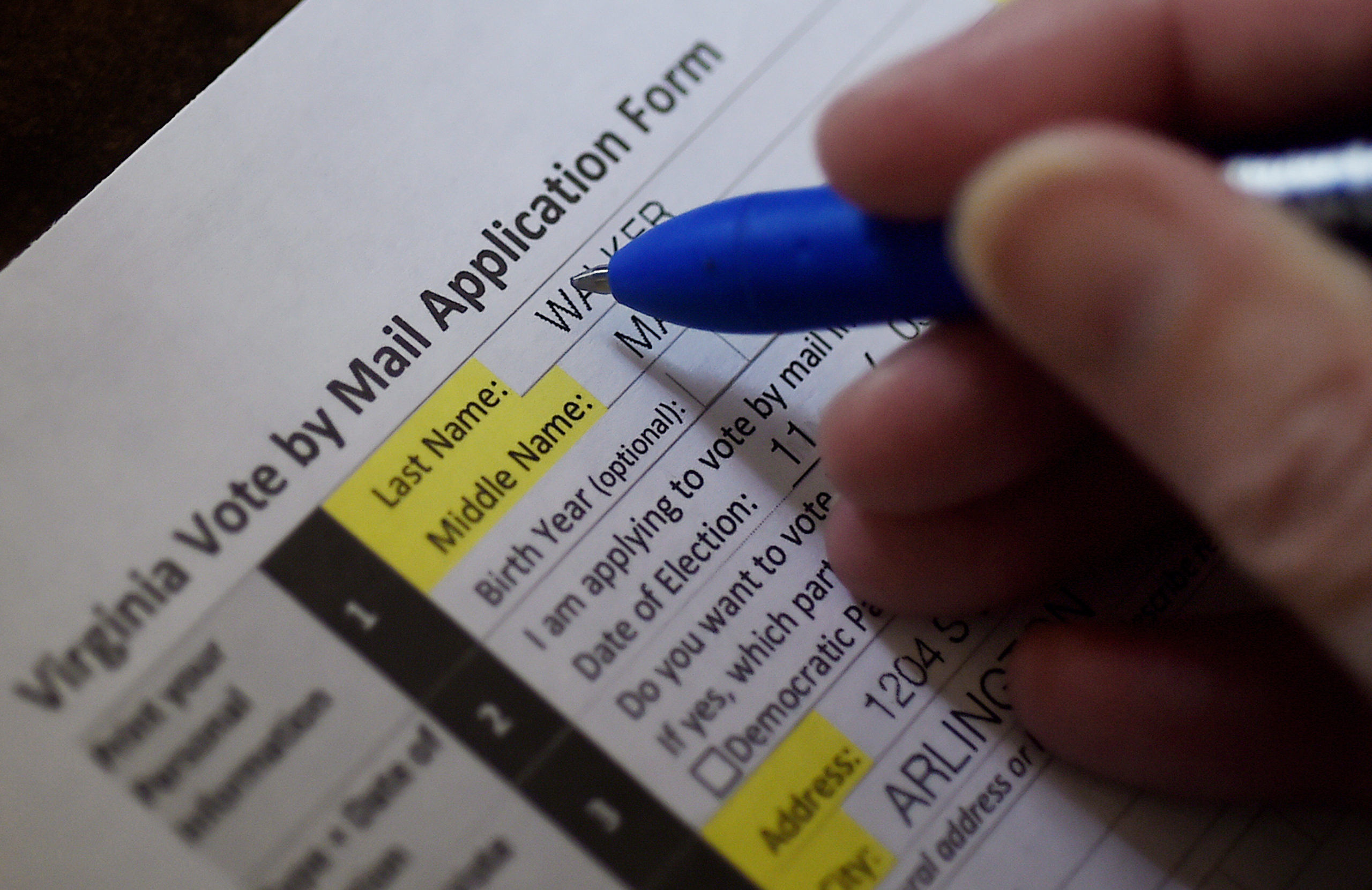 This illustration photo shows a Virginia resident filling out an application to vote by mail ahead of the November Presidential election, on August 6, 2020 in Arlington, Virginia. (Photo by Olivier DOULIERY / AFP) (Photo by OLIVIER DOULIERY/AFP via Getty Images)

The lawsuit comes less than a week after Texas Secretary of State Ruth R. Hughs wrote to Hollins asking him not to send out applications, claiming doing so would be “an abuse of voters’ rights.” Hughs also noted that sending applications to all voters “may cause voters to provide false information on the form” and would be “clogging up the vote by mail infrastructure with potentially millions of applications from persons who do not qualify to vote by mail.”

However, Hollins pushed back against claims of abuse, noting the mailing system would include “detailed guidance to inform voters that they may not qualify to vote by mail,” according to the Texas Tribune.

Hollins’ office had already sent out 400,000 applications to voters in Harris County who are 65 and older in June, according to ABC13.