About 43% of American troops polled said they would vote for Biden compared to the roughly 37% who said they prefer Trump, according to the Military Times, which conducted the survey with the Institute for Veterans and Military Families between July 27 and Aug. 10. Almost 13% of respondents said they’d vote for a third party candidate.

“It’s fair to say that Trump is not as popular as Republican nominees have been in the past among this group,” said former George W. Bush White House adviser Peter Feaver, according to the Military Times, who is now a political science professor at Duke University.

Feaver continued: “The bottom line is that in 2020, Trump can’t be claiming to have overwhelming support in the military.” (RELATED: New Poll Shows Trump Overtaking Biden In Michigan) 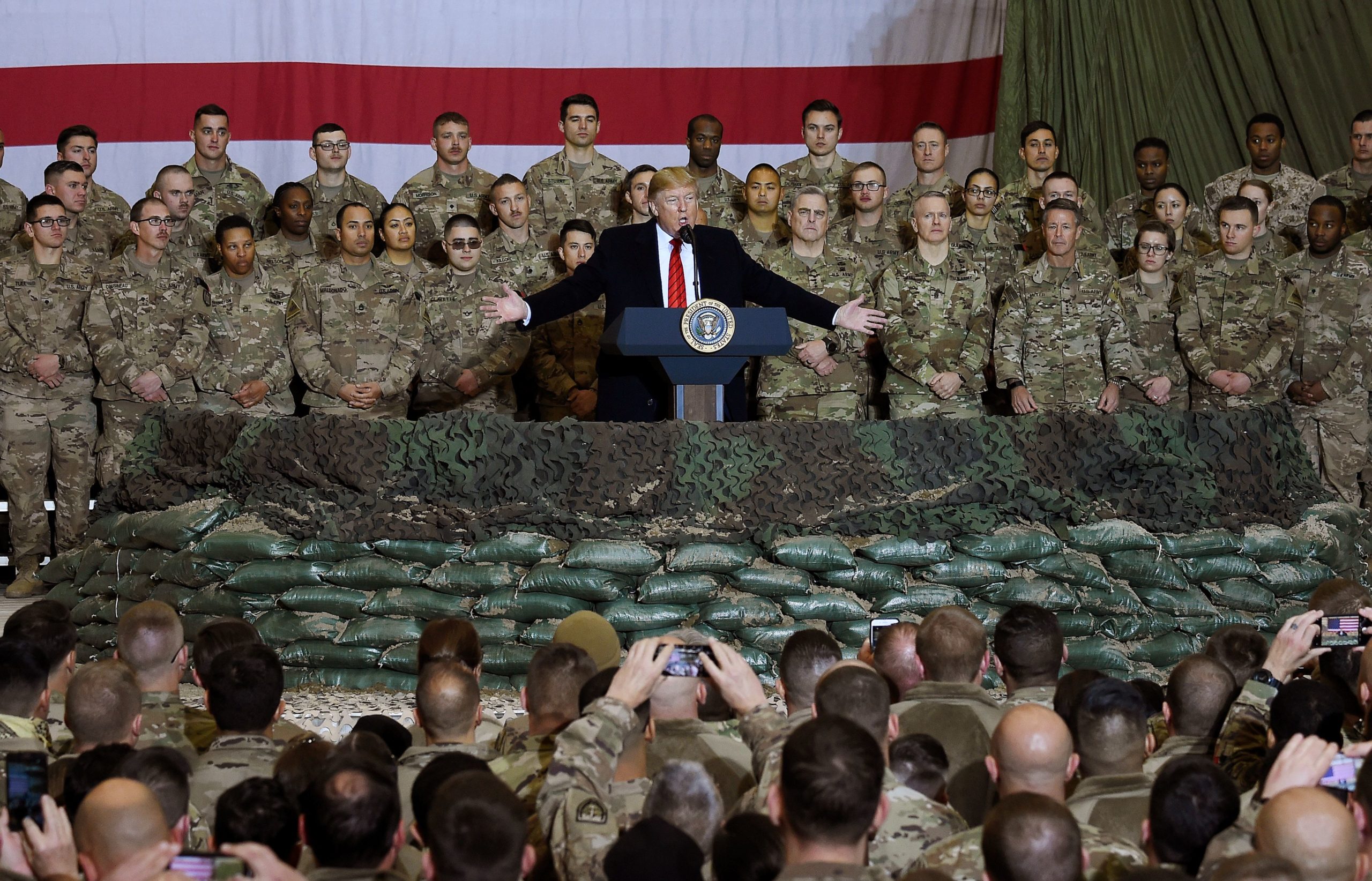 In this file photo taken on November 28, 2019, US President Donald Trump speaks to the troops during a surprise Thanksgiving day visit at Bagram Air Field in Afghanistan. (Olivier Douliery/AFP via Getty Images)

About 38% of active service members had a favorable rating of Trump compared to the roughly 50% who view him unfavorably, according to the Military Times. (RELATED: For The First Time In Over A Year, CNN’s Poll Has Trump Neck-And-Neck With Biden — Both Nationally And In Battleground States)

The poll, which is the latest look at how military members view the president, represents a significant shift in support for Trump, according to the Military Times. Trump’s approval rating among troops was 46.1% in 2016 and has steadily declined since then.

In an October 2016 Military Times poll, 40.6% of service members said they would vote for Trump while 20.6% said they’d vote for Hillary Clinton. Sixty percent of veterans voted for Trump in 2016, according to CNN exit polls.

“The president claims he has been good for the military, that they’re grateful that he has rescued them from the shambles,” Feaver said. “This shows that’s not the case with all of the military.”