A student who was removed from his position as Florida State University student Senate president in June filed a federal lawsuit against the university Monday.

“All students should be able to peacefully share their personal convictions without fear of retaliation,” said Alliance Defending Freedom lawyer Tyson Langhofer who is representing Denton, according to a Tuesday press release. “Florida State should be fostering real diversity of thought, not punishing individuals based on their religious convictions or political beliefs.”

The lawsuit alleges that the removal of Denton was “unconstitutional retaliation” in violation of his First Amendment rights. The removal violated Denton’s right to free exercise of religion, the lawsuit says. (RELATED: FSU Senate President Criticized Black Lives Matter In A Private Chat. Here’s What Happened Next)

Denton attempted to resolve the removal through school internal procedures filing a complaint with the FSU student Supreme Court, but was denied a hearing, according to the lawsuit. He wrote to Amy Hecht, Ed.D., the university’s vice president for student affairs, twice in July to no avail. 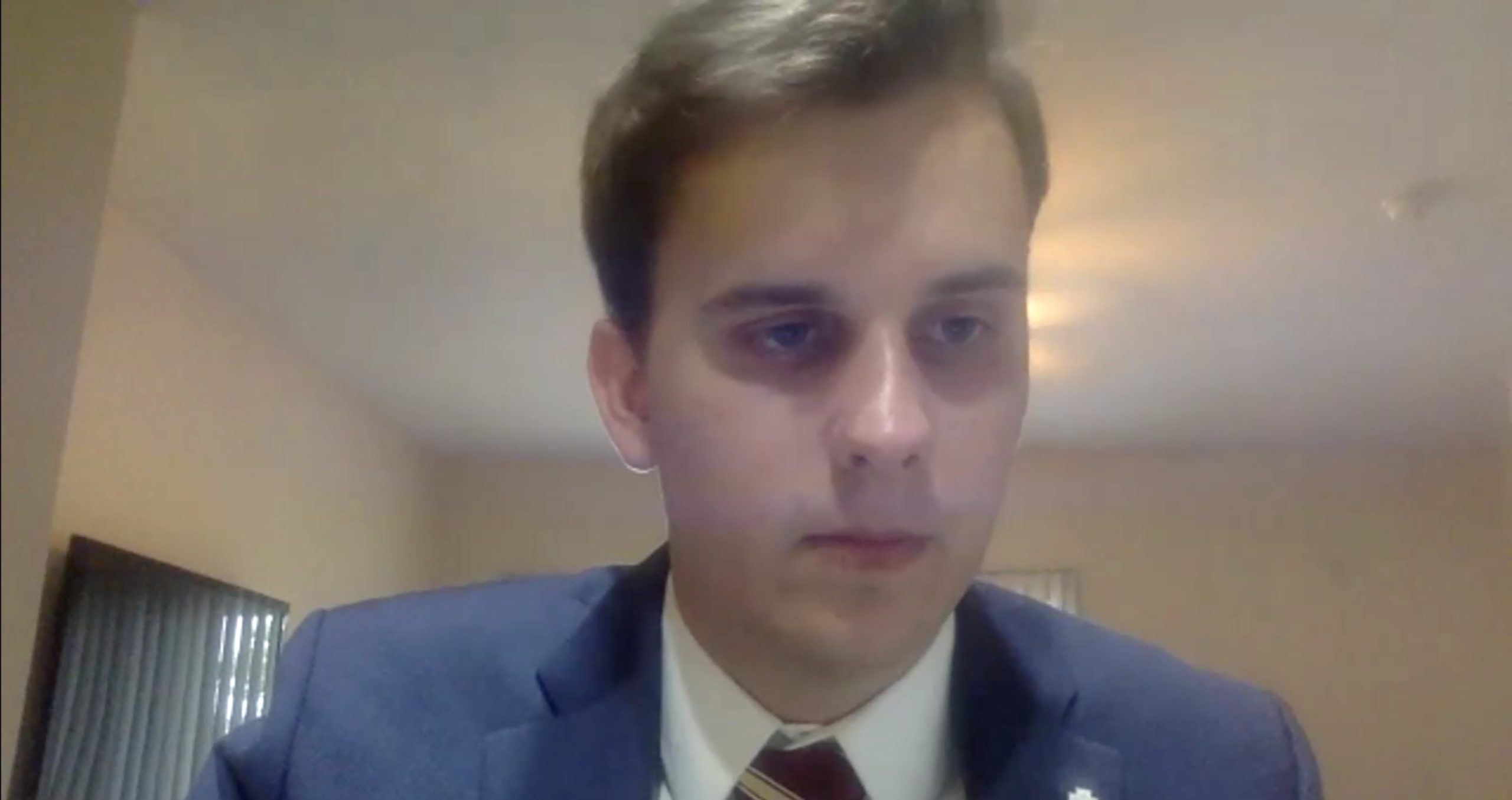 Jack Denton during a June 5 virtual FSU student Senate meeting in which senators voted on a no confidence motion. (Florida State University/Zoom/Screenshot)

“While FSU students claim they’re creating a ‘safe space,’ they’ve tried to cancel Jack’s freedoms and discriminate against him because they don’t like his beliefs, in direct violation of the school’s [Student Government Association] Ethics Code, the Student Body Constitution, and—most importantly—the First Amendment,” Langhofer said.

On June 3, Denton sent private text messages denouncing Black Lives Matter, ACLU and Reclaim the Block for the organizations’ views on transgenderism and abortion. Denton, who is a Roman Catholic, sent the texts to a group chat affiliated with the Catholic Student Union on campus.

“BlackLivesMatter.com fosters ‘a queer affirming network’ and defends transgenderism. The ACLU defends laws protecting abortion facilities,” Denton said in the texts, according to student paper Spire Magazine. “If I stay silent while my brothers and sisters may be supporting an organization that promotes grave evils, I have sinned through my silence.”

During a routine student Senate meeting later that day, a senator to whom the texts were leaked made a motion of no confidence in Denton, but the motion failed. After pressure from FSU student groups like Spire Magazine and the Pride Student Union, an emergency student Senate meeting was called for June 5 and Denton was removed as the body’s president.

“What happened with me at Florida State is egregious and an egregious attack on the Constitution,” Denton told the Daily Caller News Foundation in June. “Public universities like Florida State are supposed to be marketplaces of ideas and free expression. Expression should be encouraged, not shut down.”