Sen. Kamala Harris and at least 13 of Biden’s campaign staff members supported the Minnesota Freedom Fund’s efforts to bail out those arrested during riots and protests following the death of George Floyd, a black man who died after a Minneapolis police officer knelt on his neck for several minutes.

The Daily Caller News Foundation repeatedly asked the Biden campaign to address these donations made by members of his campaign. The Biden campaign has not responded to numerous requests for comment on the matter, though Biden himself has condemned the rioting and violence. (RELATED: Here Are Three People Accused Of Violent Crimes Bailed Out Of Jail By Fund Kamala Harris Supported)

Harris called on her millions of followers on Facebook and Twitter in the beginning of June to donate to the MFF, while several Biden staffers posted on social media that they had donated to the group. (RELATED: DC Mayor Muriel Bowser Says She’s ‘Worried’ About America ‘Descending Into A Race War’) 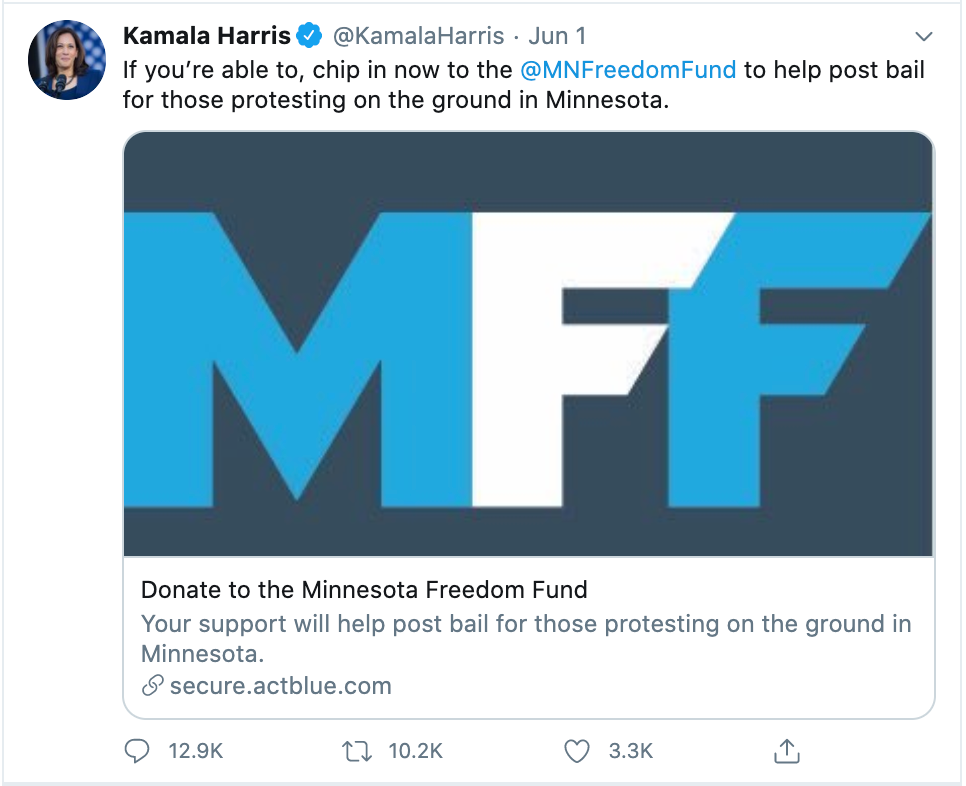 The MFF received $35 million in donations after Floyd’s death, Fox9 reported, noting that much of this sum was used to bail protestors or rioters out of jail.

Court records investigated by Fox9 showed that Minnesota Freedom Foundation bailed out Christopher Boswell, a twice convicted sex offender, Jaleel Stallings, a suspect who allegedly shot at police, and Darnika Floyd, a woman who has been accused of killing her friend.