Washington, D.C. police officers shot a black man who was later pronounced dead at a nearby hospital Wednesday afternoon, according to police and activists.

Metropolitan Police Department officers were “following up on some information” in the southeast part of the city when the shooting occurred, MPD Police Chief Peter Newsham told reporters at a press conference following the shooting.

When the officers approached the vehicle in question, some of the individuals fled the scene on foot, Newsham said. Police then shot the unnamed man and recovered two firearms at the crime scene, Newsham said.

Newsham said the man who was shot was believed to have been armed at the time. 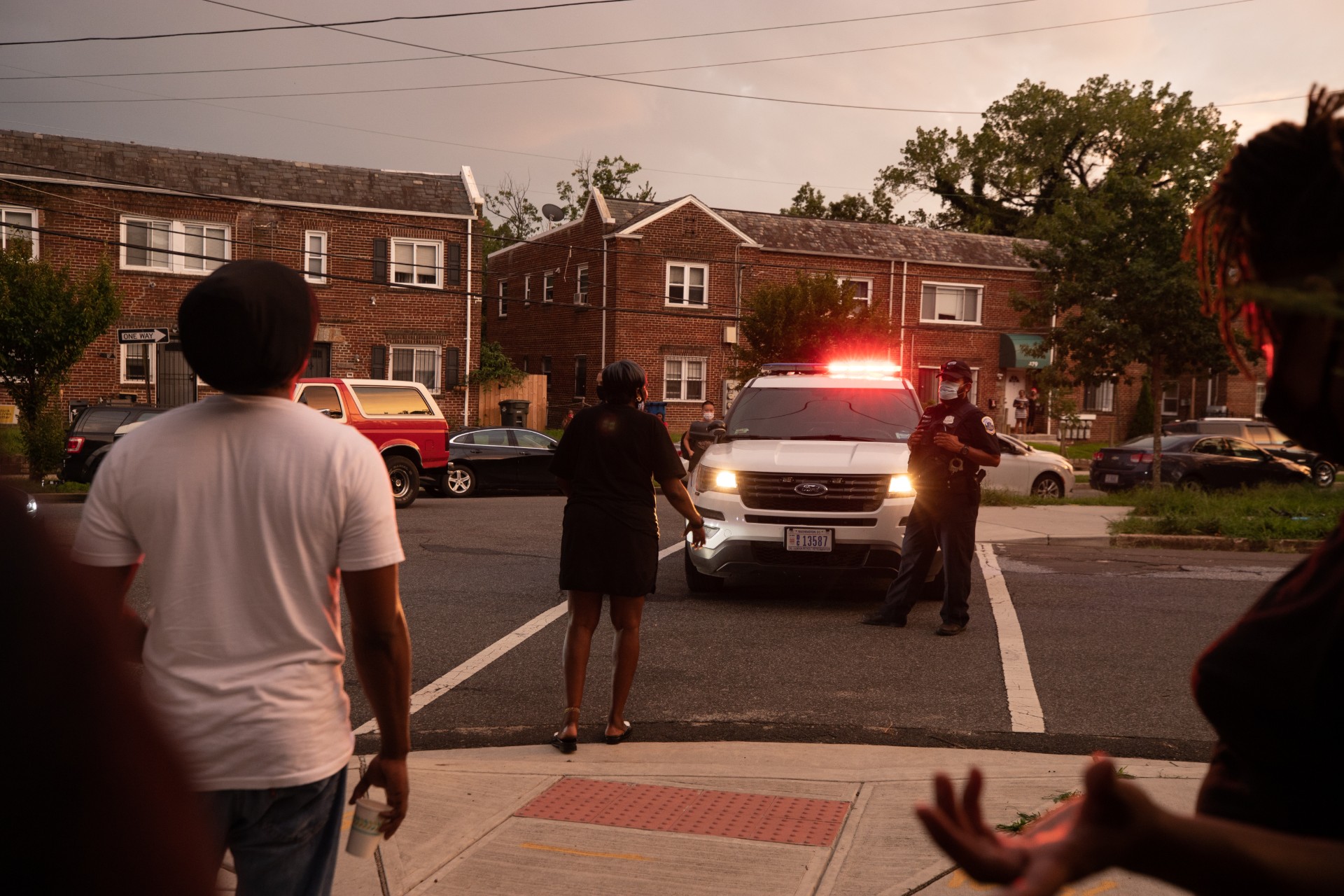 “At this point we’ve recovered two firearms from the scene,” Newsham said. “We believe the subject had a gun at the time.”

Newsham said it remains to be seen why the officers fired upon the fleeing man.

NO WAY THEY GET AWAY WITH THIS. DON’T LET THE MEDIA BLACK THIS OUT LIKE THEY ALWAYS DO!!!

WE’RE ON OUR WAY.

The group later posted a flyer calling for action, which said “D.C. police murdered a black man today.” It called for a 9 p.m. protest in the area of the shooting.

“I would assume that he was shot in the back, which disturbs me,” he added.

I asked DC Ward 8 councilman @trayonwhite what happened and what this means for the community: pic.twitter.com/4X2NACsJMu

“I have spoken to his mother, his brother and his sister,” White said. “Right now we really want to make sure they’re good, the community is good because this is a tragedy all the way around the board.”

White said in 2018 that the Rothschild family, a prominent Jewish family, controlled the weather. He then made a visit to the Holocaust Museum to apologize for his comments.

Hours after Wednesday’s shooting, a crowd had gathered near the crime scene. Some individuals were seen yelling at police in the area.