A group of nine current and retired Boston police officers were arrested and charged Wednesday for an alleged $200,000 overtime scheme that took place at the department’s evidence warehouse.

The three current and six retired police officers were each charged with one count of conspiracy to commit theft of federal funds and one count of embezzlement from an agency receiving federal funds, according to a U.S. Department of Justice press release. The indictment was filed on Aug. 20 and unsealed Wednesday morning.

“These officers are charged with stealing taxpayer money, year after year, through fraud,” said U.S. Attorney Andrew E. Lelling. “Beyond the theft of funds, this kind of official misconduct also erodes trust in public institutions, at a time when that trust is most needed.” (RELATED: Boston City Council Bans Facial Recognition Technology, Cites Racial Profiling Concerns)

The officers who were all members of the Boston Police Department’s (BPD) Evidence Control Unit are accused of routinely departing overtime shifts, where they made 1.5 times regular pay, hours early while submitting false overtime slips that said they worked the entire shift, according to the DOJ. The scheme dates back to around May 2016. 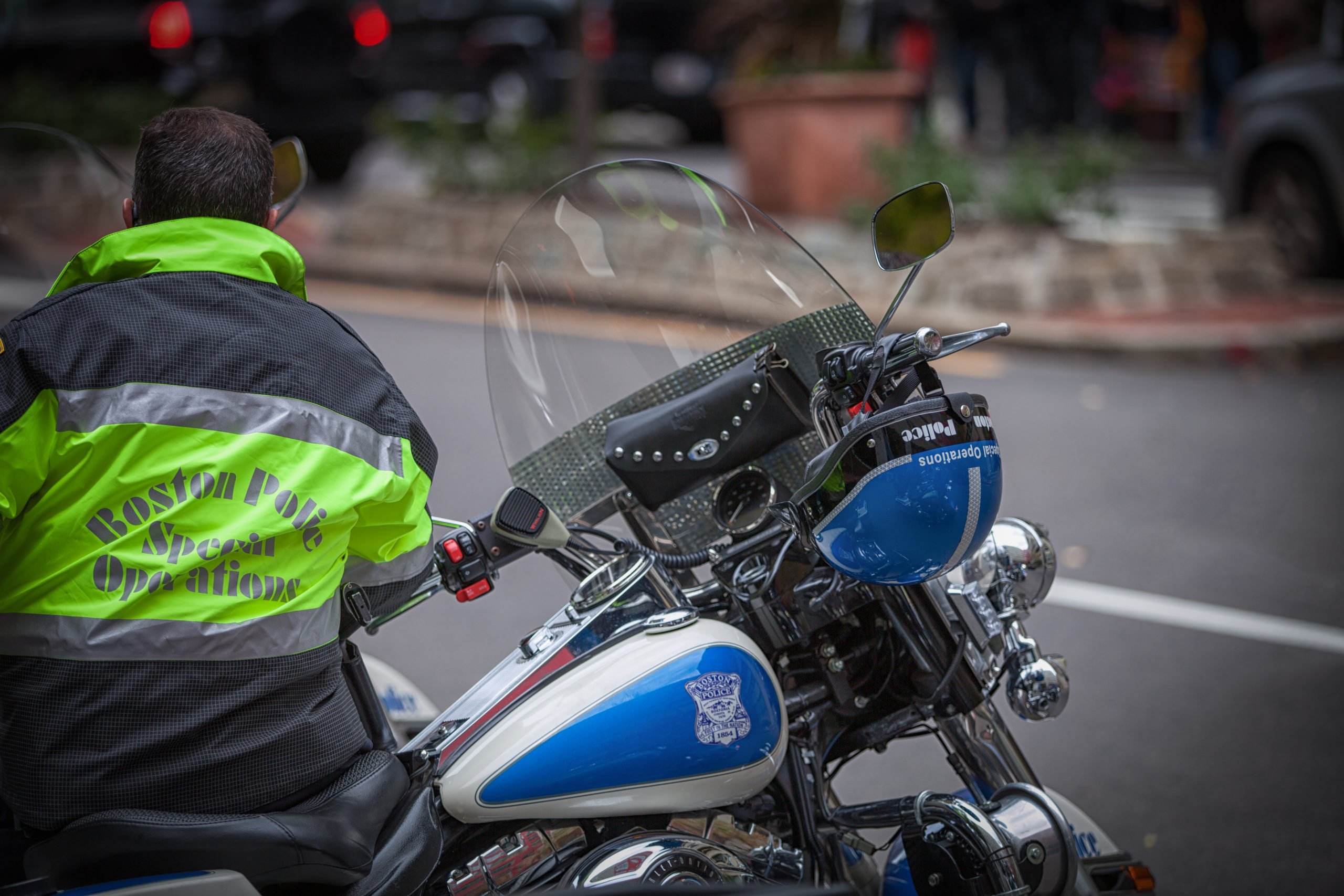 A Boston Police Department Special Operations officer who is a member of the department’s motorcycle unit. (Bruce Peter/Shutterstock)

In one example, the officers allegedly claimed to work an overtime shift of 4 p.m. to 8 p.m., but the warehouse was often locked and alarmed by 6 p.m., according to the DOJ. Supervisors were privy to the scheme, endorsing fraudulent overtime slips and submitting fraudulent slips of their own.

Lt. Timothy Torigian, who is a current member of the BPD, allegedly received more than $43,000 for hours he didn’t work while the other eight received between $15,000 and $25,000 each, according to the DOJ.

“News of these indictments send a strong message that this type of behavior will not be tolerated or ignored and can damage the trust my officers have worked so hard to build with the communities we serve,” BPD Commissioner William Gross said in a statement.

The three current officers who were indicted have been suspended without pay, according to the statement.

“I am a strong supporter of the police, especially in these difficult times. But all must be treated equally under the law, regardless of wealth, power or station,” Lelling said.

The U.S. Department of Transportation and the DOJ gave BPD annual benefits worth $10,000 between 2016 and 2018 for multiple federal grants, according to the DOJ. The officers face up to 10 years for embezzling money from an agent that receives federal funds and up to five years for conspiracy to commit theft of federal funds.