The boyfriend of slain EMT Breonna Taylor filed a $10.5 million lawsuit Tuesday claiming his arrest the night Taylor was killed was unlawful, citing the state’s stand your ground laws, according to WLKY.

The lawsuit claims LMPD officers “threatened Kenny’s life, illegally detained Kenny, interrogated him under false pretenses, ignored his account as corroborated by neighbors, and arrested and jailed Kenny,” according to WLKY.

Walker was originally charged with attempted murder and assault after officers went to Taylor’s home on March 13 to serve a no-knock warrant related to a drug investigation. Police say they knocked on the door several times and made themselves known numerous times before breaking down her door, according to ABC News.

Walker told police he and Taylor heard knocks but no one answered when he asked who was there. When police entered the apartment, Walker fired a shot believing someone was breaking into the apartment. Officers returned fire and killed Taylor in her sleep. The drugs the officers were looking for were not found, per ABC. 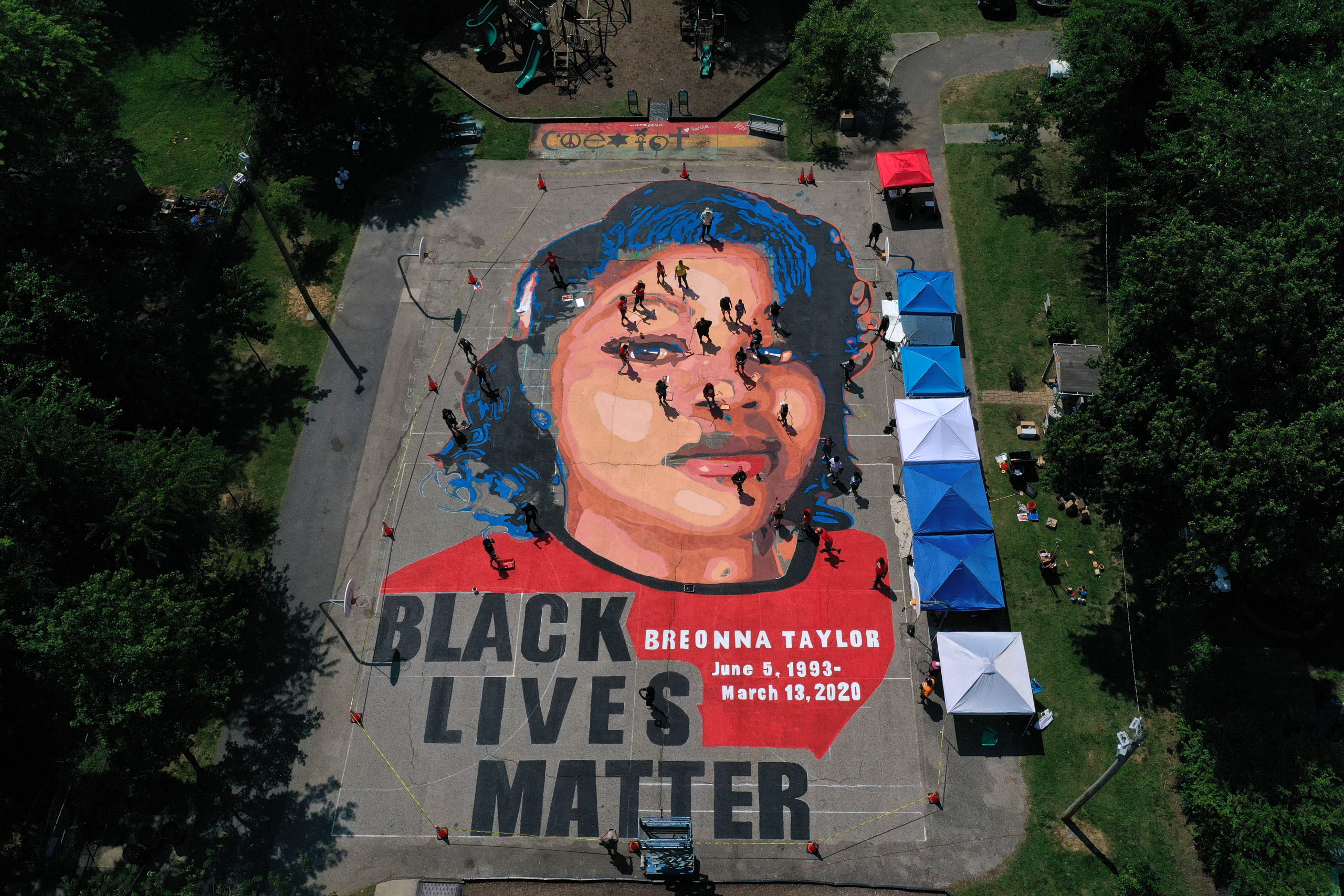 ANNAPOLIS, MARYLAND – JULY 05: In an aerial view from a drone, a large-scale ground mural depicting Breonna Taylor with the text ‘Black Lives Matter’ is seen being painted at Chambers Park on July 5, 2020 in Annapolis, Maryland. (Photo by Patrick Smith/Getty Images)

Nearly two months later charges against Walker were dropped. Commonwealth’s Attorney Tom Wine said he thought there should have been more evidence presented to he grand jury and that the case would be temporarily dismissed, but that charges could be re-filed, according to WLKY. (RELATED: Sen. Rand Paul Introduces ‘Justice For Breonna Taylor Act’ To Fight ‘No-Knock’ Police Warrants)

Walker is suing to prevent the charges from being re-filed.

“I was raised by a good family. I am a legal gun owner, and I would never knowingly shoot a police officer,” Walker said Tuesday, according to WLKY.

Walker’s attorneys argue he acted in self-defense and that his actions are protected under the state’s stand your ground law.

The lawsuit claims the stand your ground law “protects all Kentuckians who seek to protect themselves or loved ones in self-defense. Kentuckians have no duty to retreat or submit to force,” according to WLKY.

“The charges brought against me were meant to silence me and cover up Breonna’s murder,” Walker said, per WLKY.

Kentucky’s stand your ground law says there is “no duty to retreat” and the individual “has the right to stand his or her ground and meet force with force.”

The law also stipulates an individual is “immune from criminal prosecution and civil action for the use of such force.” However, there is a noted exception of the individual used force against. “peace officer” who was acting inter “official duties and the officer identified himself or herself in accordance with any applicable law.”

Walker is seeking monetary damages, citing “trauma, humiliation, indignity, physical pain, and mental suffering” as a result of the shooting and his arrest.