The American internet retail giant had posted openings for an intelligence analyst and a senior intelligence analyst, Gizmodo reported Monday. Candidates would be required to track and address unionization efforts among other duties, according to the job descriptions.

“Analysts must be capable of engaging and informing [stakeholders] on sensitive topics that are highly confidential, including labor organizing threats against the company,” the job description for intelligence analyst said, according to an archive of the post. (RELATED: Amazon To Add Thousands Of Tech, Corporate Jobs In 6 American Cities)

Both positions required candidates to “close knowledge gaps” on organized labor along with topics including hate groups, terrorism and law enforcement, according to the archived posts. Candidates would have also been required to engage business leaders on organized labor as well as activist groups and “hostile political leaders.”

Candidates would’ve been asked to “identify, plan, create, and manage new product lines” and “accurately create methodologies and products to assess the latest impacts to specific business lines on dynamic situations, including protests,” according to the posts. They also would’ve tracked Amazon vendor performance and notified vendors of any contractual violations. 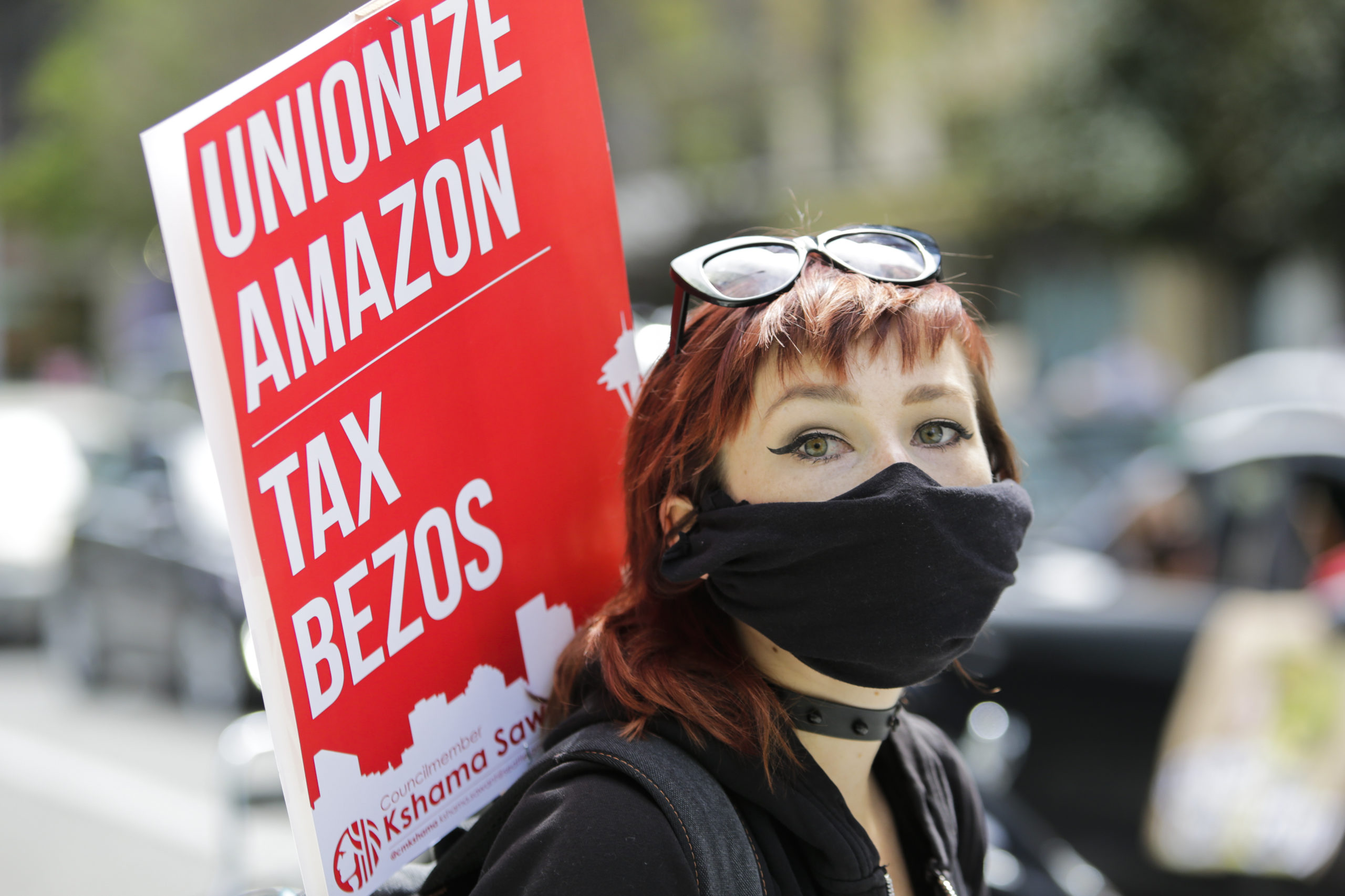 Protesters wearing face masks participate in a protest at the Amazon Spheres to demand the Seattle City Council tax the city’s largest businesses in Seattle, Washington on May 1, 2020. (Jason Redmond/AFP via Getty Images)

“The job post was not an accurate description of the role – it was made in error and has since been corrected,” Amazon spokesperson Leah Seay told The Daily Caller News Foundation.

The posts for the positions, which were based in Phoenix, Arizona, are no longer posted on Amazon’s jobs website. Amazon removed the posts Tuesday, Gizmodo reporter Bryan Menegus tweeted.

Amazon will edit the job offerings and plans on posting the revised versions soon, according to Seay. The original postings did not reflect the vision of the role, she added.

Amazon founder and chief executive officer Jeff Bezos has faced criticism for his company’s anti-union position. The company was able to resist unionization efforts in 2000 in Seattle and 2014 in Delaware, according to Reuters. Amazon fired multiple employees who had been publicly supportive of organizing and critical of the company, Reuters reported.

Progressive Sens. Bernie Sanders and Elizabeth Warren sent a letter to Bezos in 2018 objecting to the “anti-union activities” of Whole Foods Market, which Amazon owns.

A leaked Amazon memo detailed company executives’ plan to make a “not smart or articulate” warehouse employee “the face of the entire union/organizing movement,” according to an April Vice News report.

“Every American should be outraged by this conduct,” said United Food and Commercial Workers International Union president Mark Perrone in a statement following the report.

“Not only should Amazon’s senior leadership be investigated by law enforcement and federal regulators for these shameful actions, every Amazon executive responsible for this stunning conduct, beginning with [Amazon General Counsel David Zapolsky], should be immediately fired.”