A statue of First Lady Melania Trump that was set ablaze will be exhibited at a Slovenian art gallery Wednesday, Reuters reported.

The wooden statue of Trump, who was born in Slovenia, was torched by unknown individuals while displayed near her birth place on July 4, amid nationwide riots and protests in the U.S. that included destroying statues of historical figures, Reuters reported. 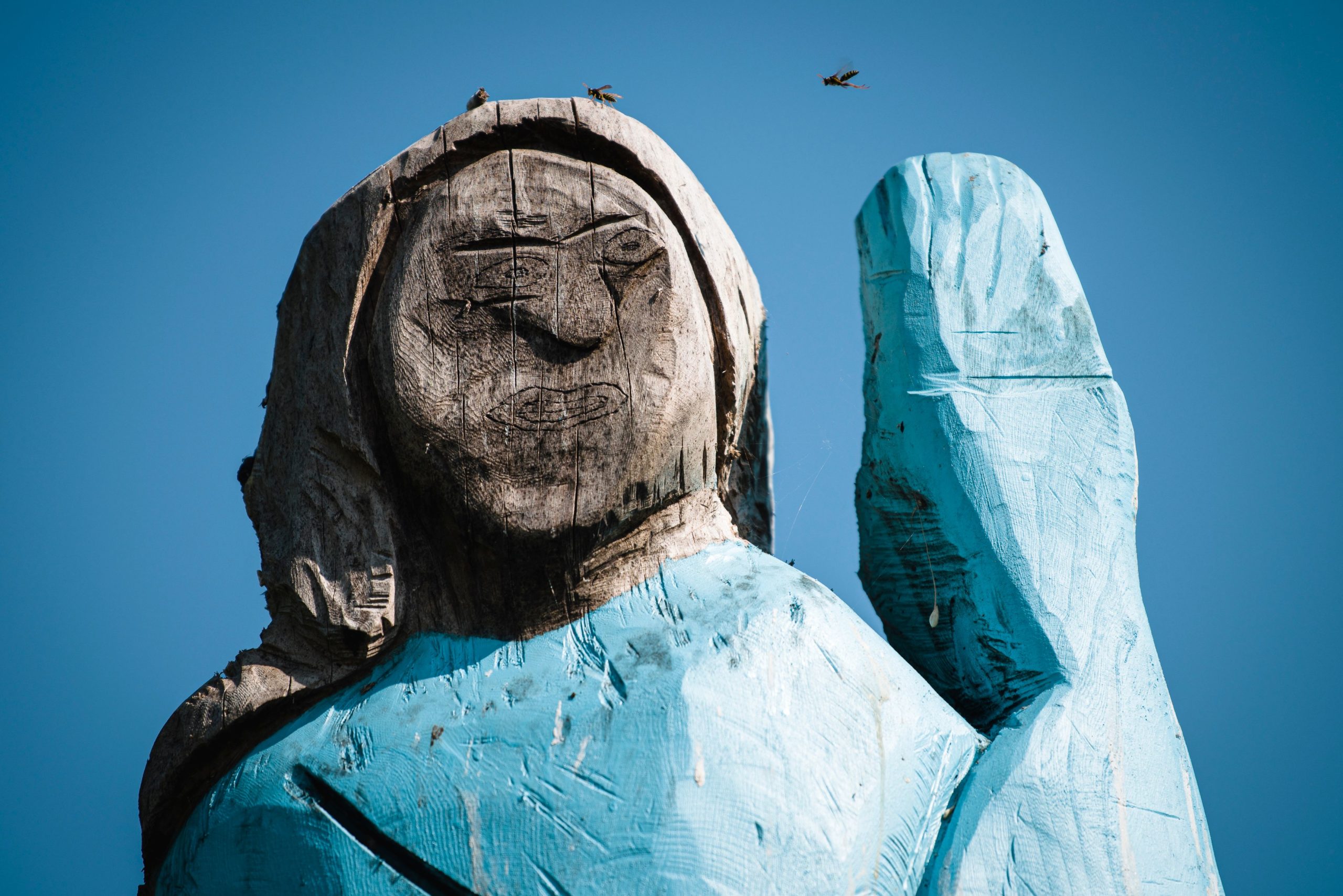 A picture taken on July 5, 2019 shows what conceptual artist Ales ‘Maxi’ Zupevc claims is the first ever monument of Melania Trump, set in the fields near town of Sevnica, US First Ladys hometown.(JURE MAKOVEC/AFP via Getty Images)

“This object (the burnt statue) somehow represents a visual representation of political tensions that are erupting in my country and not only in my country,” Downey said.

Downey’s purpose for creating the statue was to inspire dialogue on the political situation in the U.S., particularly surrounding the notion that President Donald Trump committed to reducing immigration despite being married to an immigrant.

Trump was born in Slovenia in 1970 when it was part of communist Yugoslavia, and moved to the US in the 1990s.

A plastic replica of the wooden statue and mounds used to make a bronze statue of the First Lady is also due to be exhibited in Rozno, near Sevnica, her birthplace, next week.

The statue was carved out of a tree trunk and is dressed in a blue coat, similar to the one Trump wore during the 2016 inauguration.