Trump made the announcement in front the USS North Carolina, which is docked in the city’s harbor. The area was, and still is, a major hub for U.S. naval activity and was chosen by Trump as the location to celebrate the 75th anniversary of the the end of World War II on September 2, 1945. (RELATED: Chinese Diplomats To Face New ‘Reciprocity’ Restrictions In US) 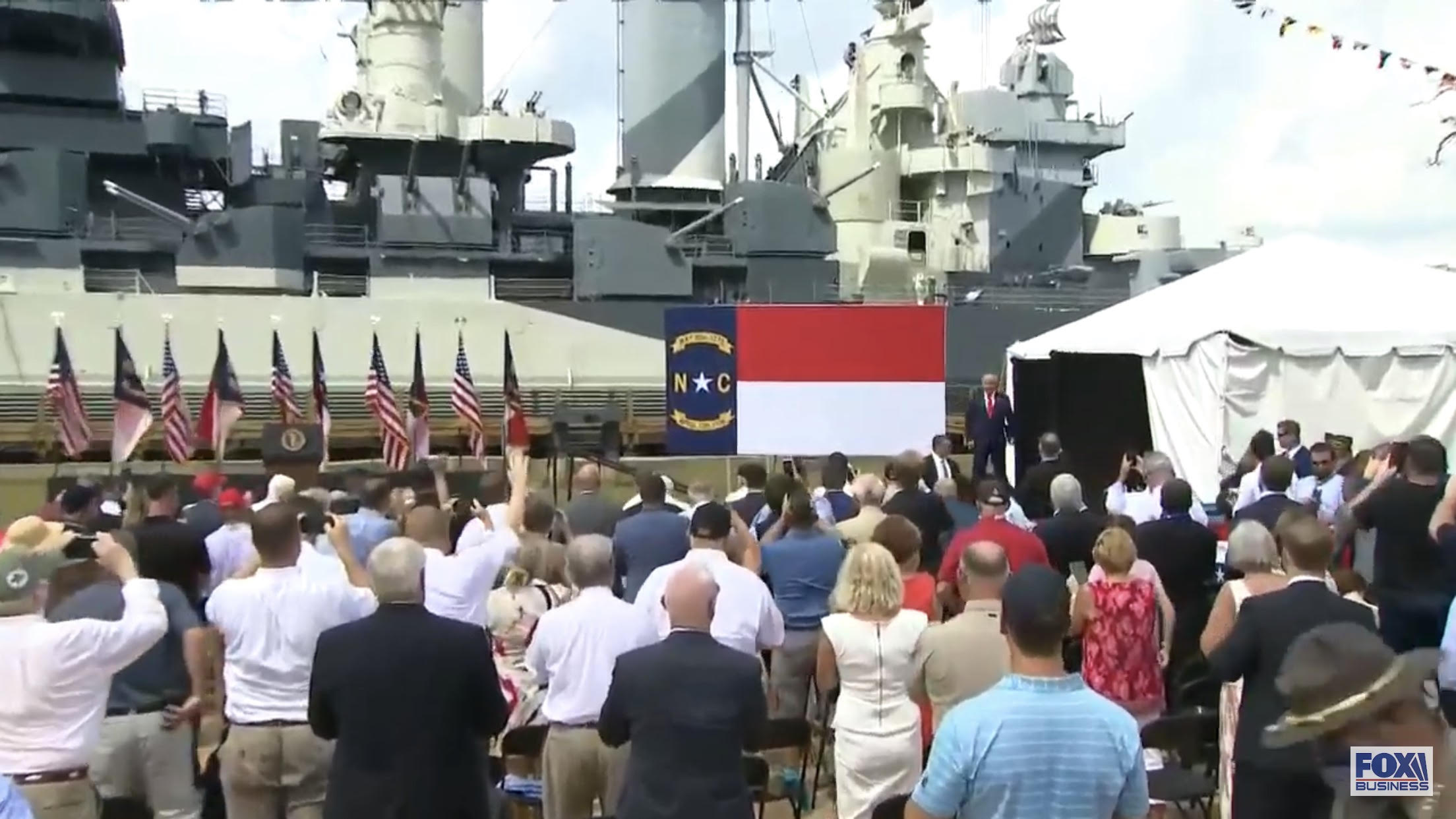 Trump took the opportunity to praise the Greatest Generation and our nation’s veterans, as well as tout his initiatives towards improving the Department of Veterans’ Affairs. He also tied in WWII’s struggle against fascism with contemporary issues.

“American warriors did not defeat fascism and oppression overseas only to watch our freedoms be trampled by violent mobs here at home,” he said, adding that “In Portland the mayor last night, he was raided, his home was raided—he was thrown out of his home.”

Trump also poked at his election opponent Vice President Joe Biden, saying he’d flown in with Woody Williams, a 96-year-old WWII veteran who he said is more “sharp” than his opponent.