Oregon State troopers stationed in Portland have now been federally deputized by the U.S. Marshals Service, allowing them to prosecute individuals arrested during riots.

State police are working with the U.S Attorney’s Office to review arrests made by troopers to determine whether or not they can be prosecuted, according to local outlet KOIN.

The move comes after Multnomah County District Attorney Mike Schmidt issued a policy in August that would not prosecute rioters arrested for misdemeanor charges such as interfering with a police officer, disorderly conduct, criminal trespass, harassment or rioting unless it is accompanied by assault, theft or property damage.

In an official statement, Schmidt said the D.A’s office needs to “recognize that we will undermine public safety, not promote it, if we leverage the force of our criminal justice system against peaceful protesters who are demanding to be heard.” (RELATED: One Person Shot Dead In Portland After Clash Between Pro-Trump Caravan And BLM Counter-Protesters) 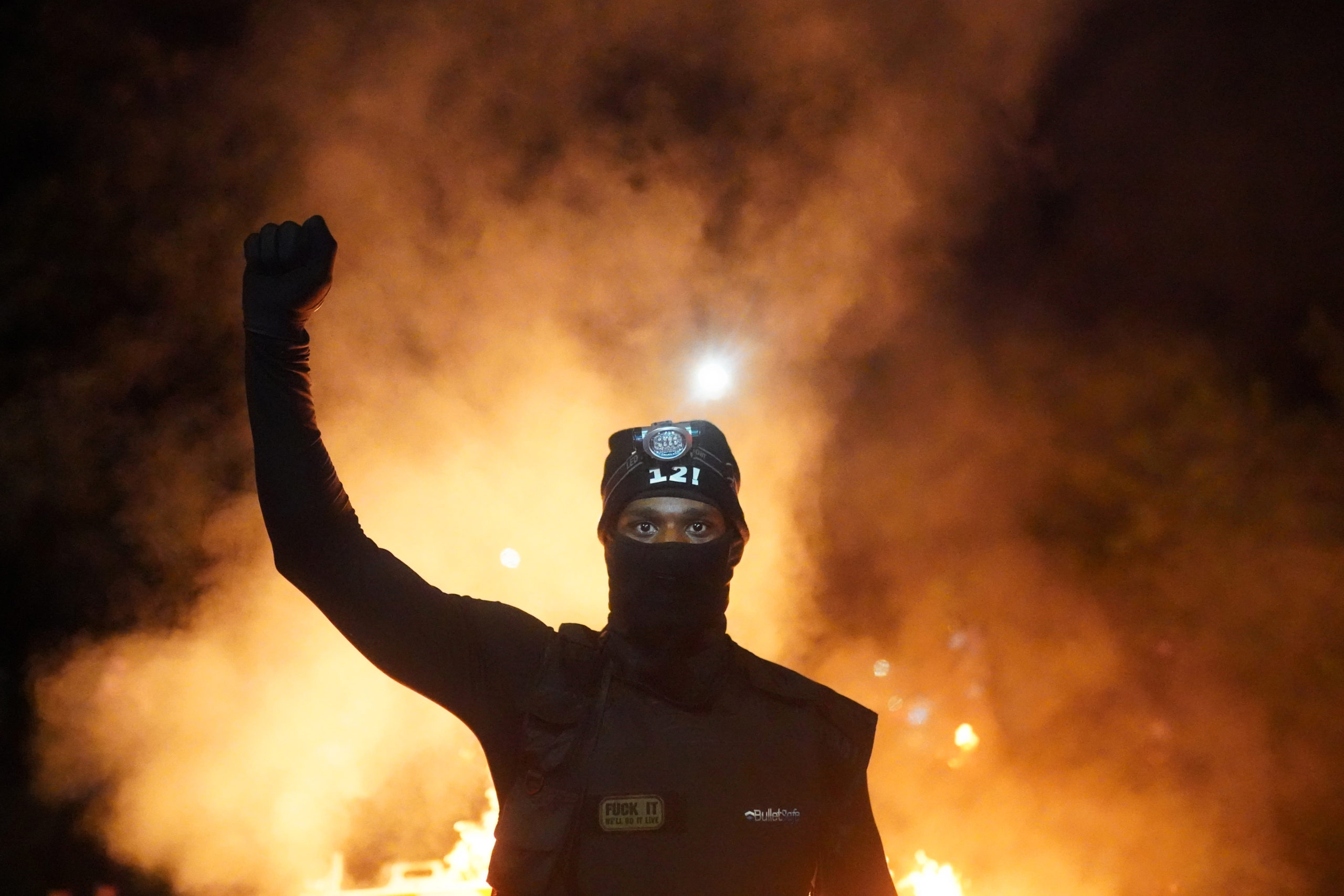 PORTLAND, OR – AUGUST 23: A protester holds his fist in the air during a protest against racial injustice and police brutality early in the morning on August 23, 2020 in Portland, Oregon. Hundreds of protesters clashed with police Saturday night following a rally in east Portland. (Photo by Nathan Howard/Getty Images)

The policy has drawn backlash from law enforcement agencies, who now say deputizing officers was a step in the right direction to curb violence.

“OSP is not criticizing any officials and we respect the authority of the District Attorney, but to meet the Governor’s charge of bringing violence to an end we will use all lawful methods at our disposal,” an Oregon State Police spokesperson told the Daily Caller.

The move to deputize state troopers came a day after sheriffs from Clackamas and Washington County refused to comply with Democratic Gov. Kate Brown’s request to send their officers to Portland to help quell the nightly violence.

Clackamas County Sheriff Craig Roberts said he would not send his troops, instead suggesting that “the only way to make Portland safe again, is to support a policy that holds offenders accountable for their destruction and violence,” referring to Schmidt’s policy.