President Donald Trump seemed to suggest that North Carolina residents should attempt to vote twice in order to ensure the integrity of the state’s absentee ballot system.

“No one has fought harder for an election system that is fair and free from fraud and abuse than President Trump,” White House deputy press secretary Judd Deere told Daily Caller this morning. “This idea that he is encouraging people to vote twice is yet another example of the media taking him out of context and ignoring the facts.” 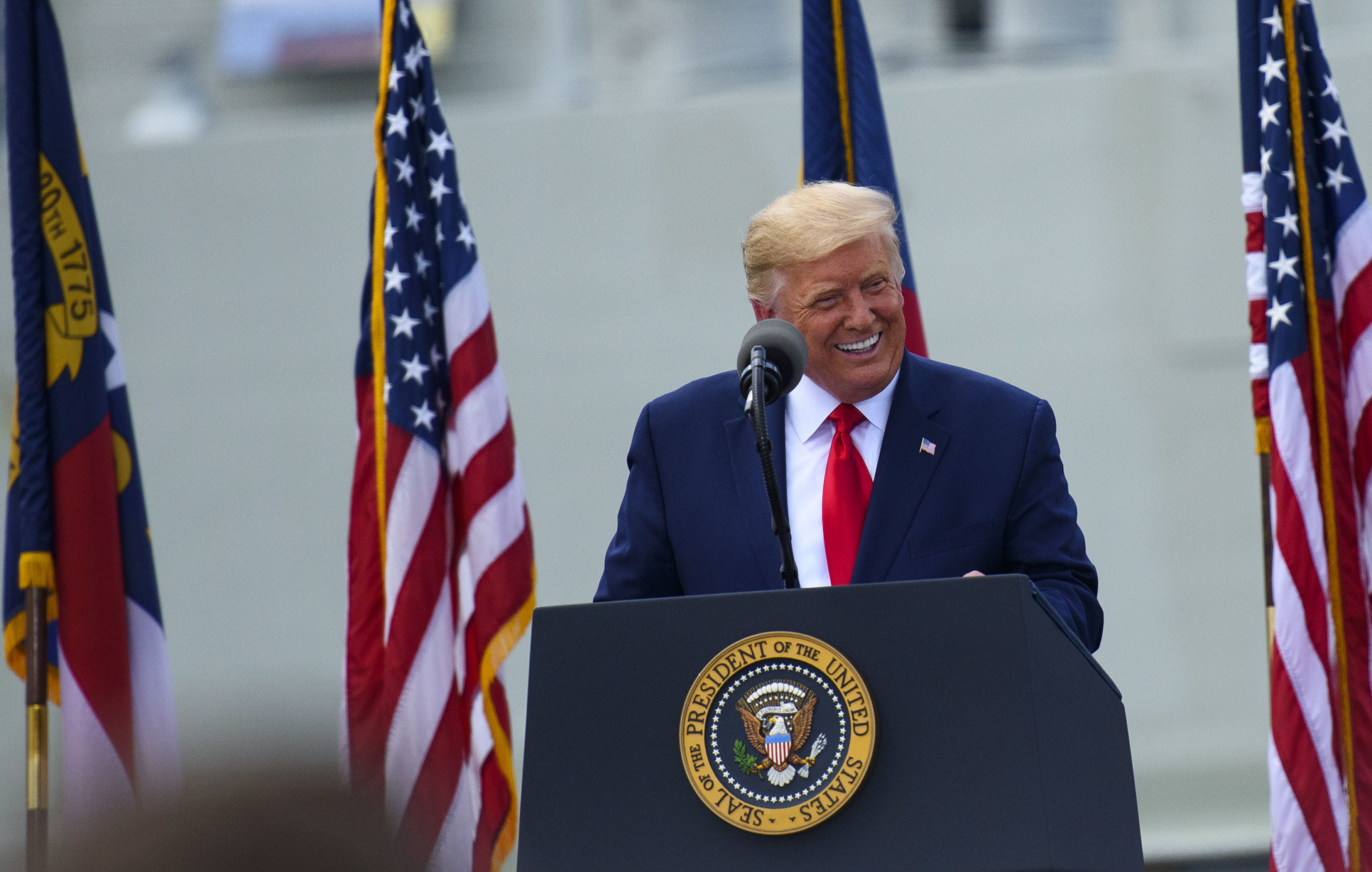 WILMINGTON, NC – SEPTEMBER 02: President Donald Trump speaks to a small crowd at the USS North Carolina battleship to make remarks at a ceremony designating Wilmington, NC as the nations first WWII Heritage City on September 2, 2020 in Wilmington, North Carolina. Wilmington was heavily active during WWII known as one of the nation’s boomtowns as it employed thousands in war efforts and shipbuilding. (Photo by Melissa Sue Gerrits/Getty Images)

A second White House official not cleared to address the issue further told Daily Caller that “we have been hearing for months by Democrats and the media that our system is perfect and can handle this mass mail-in vote concept.”

“All the President is saying is that if you get your ballot — solicited or unsolicited — by mail, fill it out, and mail it back in but on election day go verify that it has been received and counted,” the official continued. “If it has not then you should be able to vote in person.”

The president echoed this line in a series of tweets Thursday morning.

Based on the massive number of Unsolicited & Solicited Ballots that will be sent to potential Voters for the upcoming 2020 Election, & in order for you to MAKE SURE YOUR VOTE COUNTS & IS COUNTED, SIGN & MAIL IN your Ballot as EARLY as possible. On Election Day, or Early Voting,..

…..go to your Polling Place to see whether or not your Mail In Vote has been Tabulated (Counted). If it has you will not be able to Vote & the Mail In System worked properly. If it has not been Counted, VOTE (which is a citizen’s right to do). If your Mail In Ballot arrives….

….after you Vote, which it should not, that Ballot will not be used or counted in that your vote has already been cast & tabulated. YOU ARE NOW ASSURED THAT YOUR PRECIOUS VOTE HAS BEEN COUNTED, it hasn’t been “lost, thrown out, or in any way destroyed”. GOD BLESS AMERICA!!!

Trump, asked during a Wednesday interview with WECT what he thought of the projected 600,000 North Carolina voters expected to cast absentee ballots this election, responded that “they will vote, and then they are going to have to check their vote by going to the poll and voting that way because if it tabulates then they won’t be able to do that.”

“Let them send it in and let them go vote,” he continued. “If the system is as good as they say it is, then they obviously won’t be able to vote. If it isn’t tabulated, they will be able to vote. So that’s the way it is, and that’s what they should do.” (RELATED: Trump Declares Wilmington, NC, Nation’s First ‘World War II Heritage City’)

“I don’t like the idea of these unsolicited votes. I never did. It leads to a lot of problems,” Trump added. “But send your ballots, send them in strong, whether it’s solicited or unsolicited. The absentees are fine. But go to vote and if they haven’t counted it, you can vote. That’s the way I view it.”

WECT noted that North Carolina’s voting system makes it “clerically impossible” to vote both by mail and at an in-person polling location.

“American warriors did not defeat fascism and oppression overseas only to watch our freedoms be trampled by violent mobs here at home,” he remarked to attendees in front of the USS North Carolina. “In Portland, the mayor last night, he was raided, his home was raided—he was thrown out of his home.”