White House press secretary Kayleigh McEnany did not take questions during Friday’s briefing, but she launched an attack against The Atlantic for publishing a story highly critical of President Donald Trump’s posture on the military. 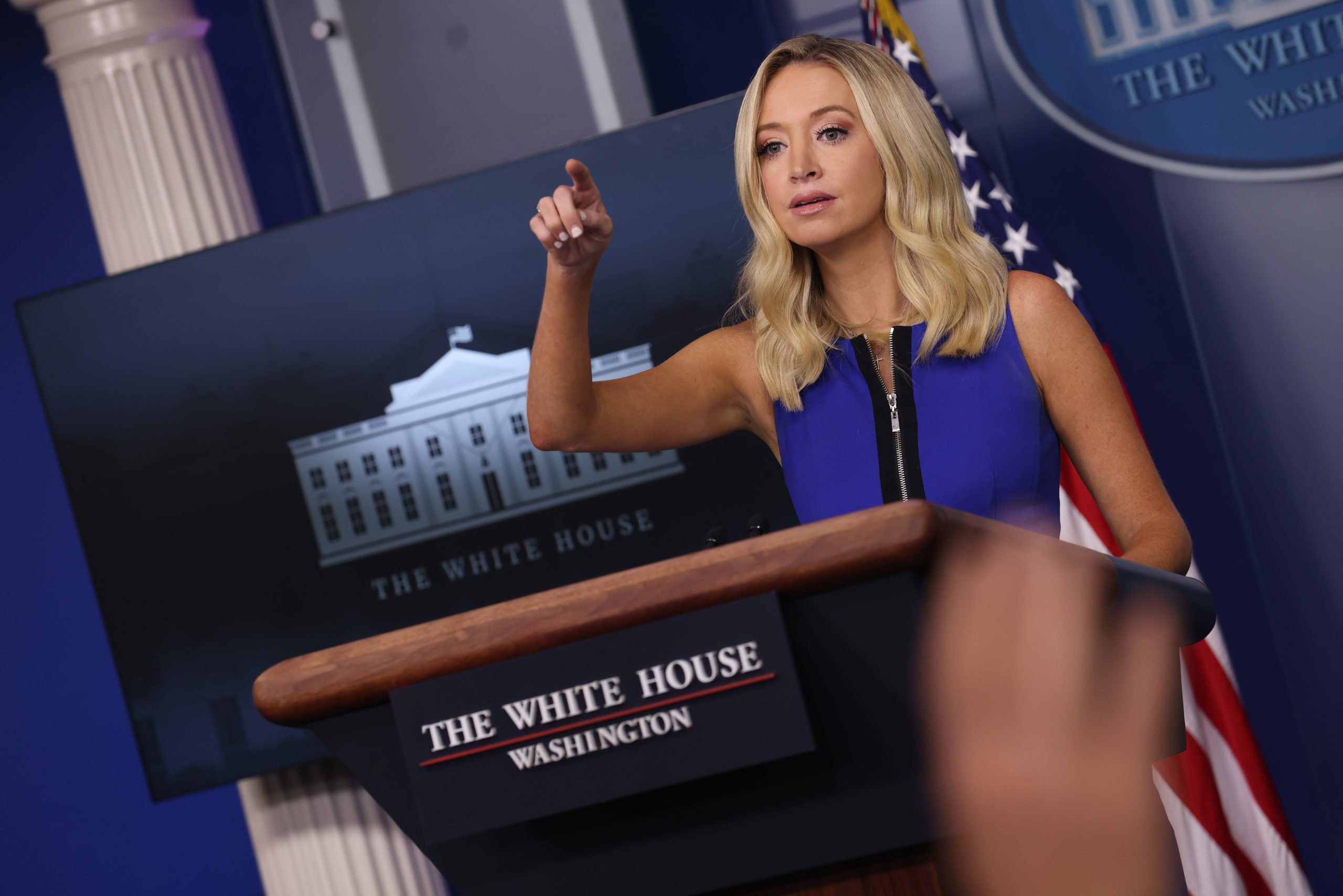 “The story in The Atlantic has been categorically debunked by eyewitnesses and contemporaneous documents,” McEnany stated before putting screenshots of emails from Trump’s team allegedly debunking one of the story’s claims on the video boards in the Brady Briefing Room. (RELATED: Trump Announces ‘Breakthrough’ Agreement Between Serbia And Kosovo To Normalize Economic Activity)

“The Atlantic reporting is based on four, cowardly anonymous sources, who probably do not even exist,” she continued. “Meanwhile, within hours, ten sources, ten, went on the record debunking these lies. Eight, with first hand knowledge stating on the record one common truth that this story is false. It never happened.”

“Why would a publication abandon all journalistic integrity and publish the story?” McEnany finally posed. “It’s because the liberal activists at The Atlantic are uninterested in the truth and are only interested in peddling conspiracy laden propaganda.”

The Atlantic article in question accused Trump of making multiple disparaging remarks about fallen U.S. soldiers, including directly to former chief of staff John Kelly while he and Trump were visiting Kelly’s son’s grave. The article further accused Trump of canceling a trip to visit fallen American soldiers in France, and trying to force a parade to remove all disabled veterans from its roster.